Turkey’s encirclement strategy in Afrin, which is known for not letting easy retreat, left an exit door - or a golden bridge, as it is called in the military literature - open for the YPG militants. The bridge was not big enough for a collective retreat but it allowed individual militants to flee their positions. 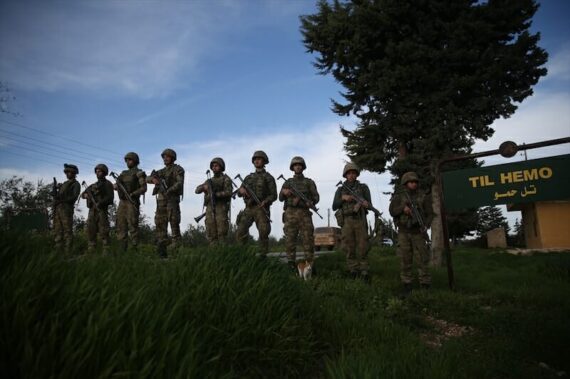 With Olive Branch Operation (20 January-18 March), Turkish Armed Forces and the Turkish-backed National Army (Free Syrian Army) captured Afrin in less than two months. Some analysts insist that the PKK/PYD did not lose the city but it was just a case of strategic exit only to strike back harder. Well, if true, it is very kind of the PKK to leave the city to the Olive Branch forces with a perfect timing right on March 18th, to salute the anniversary of the iconic Canakkale War (Gallipoli Campaign) of 1915. Nevertheless, leaving aside the irony, there is still some truth to this absurd claim. The easy takeover of Afrin was a result of strategic planning, but not of the PKK. Turkey planned and executed how the city would be captured with full control from day one. There occurred some unexpected developments such as the temporary closure of the airspace by Russia in the early days of the operation but with no damage to the overall flow.

Hence, the YPG forces fled the city not as a result of their strategic planning, but out of despair. What was the YPG’s strategy then? Looking at the statements of PKK/PYD spokespeople, from the PKK leaders in Qandil to the commanders on the ground in Afrin, it was to wage a defense battle. On top of such statements, the full stack of ammunition depots around the city center, food storages in the PYD offices, and attempts to infiltrate into the city with new forces, it seems obvious that the goal was to wage a defense battle.

What about the Turkish strategy then? It was more of an encirclement as a form of siege warfare than rapid domination. While the operation was criticized in some circles for being slow for reasons still mysterious to me, it was proceeding smoothly at a steady pace. Almost too smoothly especially when compared to Turkey’s Euphrates Shield Operation (24 August 2016-29 March 2017), which witnessed stronger resistance by DEASH especially in the Battle of Al Bab. Now, let’s come to how this strategy flowed smoothly.

First, significant actors in Syria – Russia and the U.S – were informed about Turkey’s decisiveness to fulfill its self-defense. Russia agreed as a result of persistent diplomatic exchanges and the U.S. had to agree. Hence, the operation could avoid the cases of friendly fire and prepared the international community for what to come.

With the start of the operation, Turkish artillery and air force crushed the PYD fortifications and forces (and later the regime militia who were invited to help the PYD) in the outskirts of Afrin and neighboring towns. As Turkey captured the heights surrounding Afrin one by one, PYD forces went blind against Turkey’s surveillance and detection superiority. Turkey could use its reconnaissance points from the south in northern Idlib, from the east in Azaz, and from the west and north in neighboring Turkish towns. As the pre-constructed reconnaissance points and constant air surveillance met even closer ground surveillance with the captured heights, the blindfolded PYD doomed to fail. While the Olive Branch Forces were moving forward on multiple fronts, the PYD was left with no chance to concentrate its forces. As the villages were taken one by one, more significant towns such as Rajo and Cinderes were being encircled.

Nevertheless, Turkey’s encirclement strategy, which is known for not letting easy retreat, left an exit door – or a golden bridge, as it is called in the military literature – open for the YPG militants. The bridge was not big enough for a collective retreat but it allowed individual militants to flee their positions. Like in Cinderes and Raco, Afrin center had this exit door open until the day before the final takeover. As the militants tried to flee through the only exit left for them to vacate the civilian populated areas, what welcomed the Turkish forces in the city were full stacked ammunition depots. Hence, the PYD’s strategy(!) of giving Afrin to Turkey was not chosen by the PYD but forced by Turkey.