While prominent newspapers were calling the headscarf as “the pain in Turkey’s head”, Şenler was not only criticizing the headscarf ban in the public sphere, but also was trying to create more self-confident and conscious conservative/pious women in Turkey. 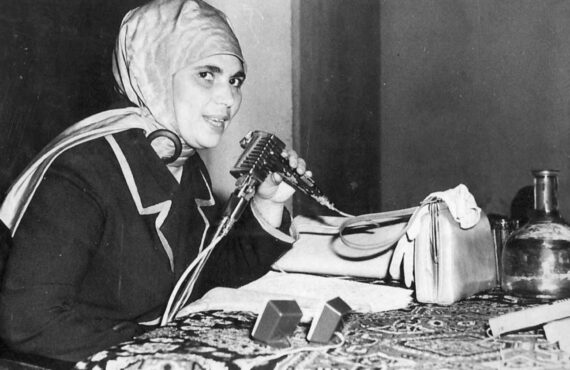 In the beginning of the 1970s, the Turkish people were living in an unstable political and economic climate which was about to trigger another military intervention. Nevertheless, ordinary people across the country were quite busy reading a novel titled “The Peace Street” (Huzur Sokağı). The novel focusing on a love story attracted the unprecedented attention of millions, and was later adapted to cinema where it became a blockbuster movie. All of this was made possible thanks to a woman, Şule Yüksel Şenler, who passed away last week.

Şule Yüksel Şenler was not only a novelist, but also was a well-known women’s rights activist in Turkey. Throughout her life, she consistently dedicated herself to improving the status of conservative/pious women in Turkish society and by the late 1960s became a role model for their involvement in the public sphere. All notable conservative/pious women, who were by any means underrepresented or not represented at all, have been influenced by Şenler’s activism, passion and struggle.

Beyond this, Şenler was rigorously against modernism and especially its deteriorating effect on Turkish families. She claimed that Turkish society was in the process of collapse due to the dominance of modern habits and fashions. Thus, she especially focused on saving the Turkish family from the deteriorating effects of modern life. In accordance with this aim, she had written novels narrating the stories of young women whose lives were destroyed by imitating Western values and lifestyles.

Throughout her life, Şenler dedicated herself to improving the status of conservative/pious women in Turkish society and became a role model for their involvement in the public sphere by the late 1960s.

Şenler used simple dichotomies of Islamic/Western, modern/traditional, and just/unjust to support her arguments. She believed that the salvation of conservative/pious Muslim women heavily depends on their relationship with Islamic and traditional values, which provide the only way of living a just life. Because of this reason, female characters in her novels understand the importance of adopting Islamic values. As they were trying to find “the true path” at the end of the day. Nevertheless, her harsh criticisms against western values received backlash from secularist female activist groups such as the Turkish Women’s Union, and she was judged in court against allegations of speaking out against Turkish laicism.

Also Read
Social Polarisation in Turkey: Myth or Reality?
We use cookies to optimize your online user experience. To learn about our use of cookies and how you can manage your cookie settings, please see our Privacy Policy. By continuing to use our site you are excepting our use of cookies.Accept Cookies & CloseMore Info