Support for territorial integrity and political sovereignty of Iraq

In a statement released by the Foreign Office, Johnson said that the UK “does not support the referendum” held by the KRG and that the UK “continues to back the sovereignty and territorial integrity of Iraq.” 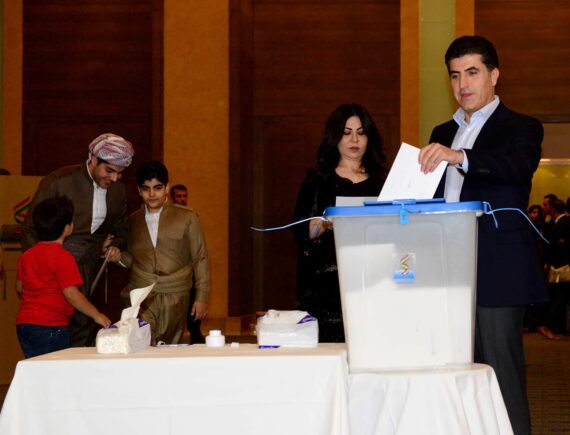 Over the course of debate surrounding the Kurdish independence referendum proposed by the Kurdistan Regional Government’s leader Masoud Barzani, countries such as Turkey, the U.S. and the U.K. have spoken out against such an independence, emphasizing the importance of Iraq’s political sovereignty and territorial integrity.

In criticizing the referendum, the U.S. State Department spokeswoman Heather Nauert stated that “we believe this step will increase instability and hardships for the Kurdistan region and its people.”

More, she added that “the fight against ISIS is not over, and extremist groups are seeking to exploit instability and discord. We believe all sides should engage constructively in a dialogue to improve the future of all Iraqis.”

Following announcements from the State Department, White House spokeswoman Sarah Huckabee-Sanders told reporters that “we hope for a unified Iraq to annihilate ISIS, and certainly a unified Iraq to push back on Iran.”

Emphasizing the importance of ensuring Iraq’s political sovereignty and territorial integrity, the U.K. Foreign Secretary Boris Johnson also made comments refusing to accept the results of the referendum.

In a statement released by the Foreign Office, Johnson said that the UK “does not support the referendum” held by the KRG and that the UK “continues to back the sovereignty and territorial integrity of Iraq.”

Johnson said that alongside international allies they have proposed an alternative plan for negotiations between the central Baghdad government and the KRG to address all issues of dispute.

Criticizing the KRG for ignoring calls for negotiations, the British secretary emphasized that “the long-term security and prosperity of Iraq and Iraqis can only be met through dialogue and cooperation,” urging “all sides to refrain from provocative statements and actions in the aftermath of the referendum.”

Highlighting the negative affect the referendum is going to have on the fight against terrorism in the region, Johnson made it clear that “the priority must remain the defeat of Daesh and returning stability to liberated areas.”

The UN has also been on the side of calling for Erbil to negotiate with Baghdad.

However, following the failure to do so, a spokesman for the UN Secretary General said that Antonio Guterres “regrets that the opportunity for serious negotiations to resolve outstanding issues between the Government of Iraq and the Kurdistan Regional Government, based on the Constitution and in a spirit of partnership and mutual respect, were not fully seized prior to this move.”

The referendum, which was boycotted by Turkmens and Arabs residing in the KRG-controlled provinces, was held in Erbil, Dohuk and Sulaymaniyah, the contested province of Kirkuk, Tuz Khurmau district in Saladin province and Khanaqin district in Diyala province.

While the voter turnout of the referendum was 72 percent, the final results are expected to be released within 3 days.