The Islamophobia Awards is hosted annually by the Islamic Human Rights Commission, a non-profit organization established in 1997. It hosted representatives of many NGOs and members of the Muslim community. 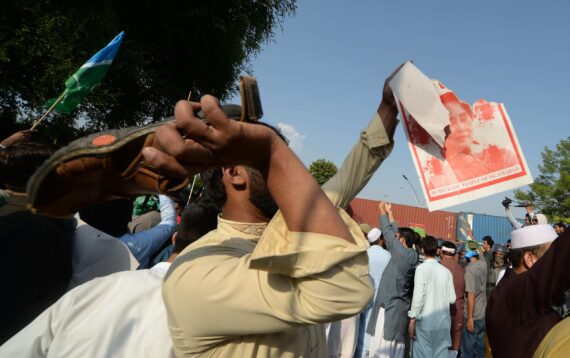 2017 has been a year of anti-Muslim propaganda, physical attacks and massacres throughout the world. Almost all the populist leaders won elections based on anti-Muslim rhetoric. One such report measuring the anti-Muslim fumes around the world put Myanmar’s first and incumbent State Counsellor, foreign minister and de facto leader Aung San Suu Kyi as the 2017 International Islamophobe of the Year.

She even passed ahead of the other nominated international Islamophobes, US President Donald Trump, French far-right party National Front leader Marine Le Pen, far-right Dutch party Freedoms Party leader Geert Wildres. Around 3,000 Muslims were killed and more than 620,000 purged from their homes in Myanmar’s Rakhine state in the last three months, according to reports.

The Islamophobia Awards is hosted annually by the Islamic Human Rights Commission, a non-profit organization established in 1997. It hosted representatives of many NGOs and members of the Muslim community.

The former leader of the fascist English Defense League (EDL), Tommy Robinson was announced as Islamophobe of the year in the UK category. Fox News received an award in the media category.

Also Read
The Rohingya crisis and the problem of aid