Dividing the region into smaller political units will not bring political stability to the Middle East. The smaller the political units, the more dependent they will be on the global powers; the more interference from foreign powers in regional affairs, the longer the crises will continue. 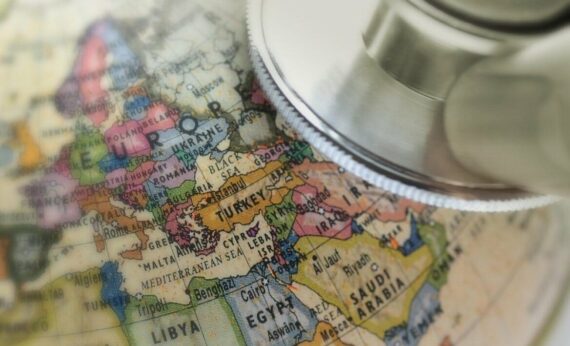 Many political scientists and historians consider the First World War as an imperialist war carving up the Ottoman State. During the war, three allied imperialist states –Great Britain, France and Russia– secretly negotiated an agreement to invade the Ottoman territories in the Middle East, since the Ottoman State was the main target of the war.

Exactly one century ago, on May 16, 1916, the French and the British signed a clandestine agreement (the Sykes-Picot), which disintegrated the Ottoman State and created the modern artificial states of the Middle East. This agreement is the main source of today’s quagmire in the Middle East and almost all regional conflicts that have continued since then. The British and the French, intentionally, did not take the demand of regional peoples and the realities of the region into consideration. Not only did they divide the Ottoman State, the only power dominating the region, but they also separated and alienated all ethnic groups such as Arabs, Turks and Kurds living in the region.

The Middle Eastern peoples know what it means to be free and to have a government that will represent them and no solution is possible unless these conditions are met.

At the end of the war, the allied powers forced the Ottoman State to sign the Sevres Treaty, based on which pieces of Anatolian territory, in addition to the British, French and Italians, were given to the Greeks, Armenians and Kurds. The Ottoman military officers resisted the invasion of the Misak-ı Milli (the National Oath) territories –the territory that was declared the indivisible nucleus of the Ottoman State– and, by reorganizing the Anatolian people, the Turkish military leaders initiated an independence war against the invaders. After several years of fighting, the newly reorganized Turkish army drove out the foreign armies from Anatolia and forced the allied powers to sign the Treaty of Lausanne in 1923. Thus, unlike most of the regional peoples, Turkish leadership fought for independence and the new Turkish state was officially established with the Lausanne Treaty and the current borders were preserved.

It is not exaggeration to assert that the objective of the Western imperialist powers was not to create Western-like nation-states, but to create weak and artificial states dependent on the West. They were well aware that it was impossible to establish states with ingenious borders due to the intermingled nature of the region. The West distorted the multi-ethnic and multi-religious character of the Middle East and ruined the long-time culture of peaceful co-existence. The British and the French established the modern Middle East, not as a result of rational calculations but rather based upon the two young ambitious men’s (British Mark Sykes and French Francois Georges-Picot) aspirations. Consequently, the region was fashioned with a conspiracy mentality, which has dominated the mentality of the peoples of the Middle East.

TurkeyBy Ibrahim Efe
Today, exactly one hundred years after the Sykes-Picot agreement, the global powers, i.e. the United States and Russia, follow the same logic of the Sykes-Picot and attempt to decide the fate of the Middle East by taking into consideration their own interests rather than those of the indigenous peoples. While trying to redraw the borders of the Middle East, these global powers tend to bypass the regional states and act unilaterally and secretly. In this way, they deny the right of the regional states to play a role in the management of or the solution to the regional problems by which they are directly affected, unlike the US or Russia. For instance, the US and Russia initiated a secret negotiation process to try to manage the Syrian Crisis by excluding related regional states such as Iran, Turkey and Saudi Arabia. That is to say, these global powers do not respect the realities on the ground and the expectations of regional peoples but, for the sake of their own interests, undermine the voices of the civilians who suffer the consequences.

Western countries must cease treating the Middle Eastern peoples as juvenile and not mature enough to determine their own fates.

Western countries must cease treating the Middle Eastern peoples as juvenile and not mature enough to determine their own fates. Aware of the global and regional developments, Middle Eastern peoples are nowadays struggling against external intervention as well as domestic tutelage. Maybe the current picture of the Middle East does not leave space for much optimism, but one thing is for certain: the Middle Eastern peoples know what it means to be free and to have a government that will represent them and no solution is possible unless these conditions are met. Both regional regimes and global powers have to be aware of the increasing awareness in the region and behave accordingly. Otherwise, continuous political instability, regional chaos and economic backwardness will continue to detrimentally influence the future of European countries. In today’s increasingly interdependent and interconnected world, it is not the flame but the smoke of the blazing fire that will vitally damage the health of Europe.

Dividing the region into smaller political units will not bring political stability to the Middle East. The smaller the political units, the more dependent they will be on the global powers; the more interference from foreign powers in regional affairs, the longer the crises will continue. The West must stop preferring authoritarian or personalistic regimes to democratic movements. If global powers want to contribute to the stabilization of the region, they must support the mainstream groups, rather than manipulating the fault lines between different groups and abetting violent non-state actors. The future of the region relies on the support of mainstream, democratic and non-violent groups.