If the Sykes-Picot arrangement is to be overwhelmed by new territorial reshuffle, this should not come in the form of further partition; instead, it should take the form of territorial enlargement if the inhabitants so wish. This, we call, “self-determination”. 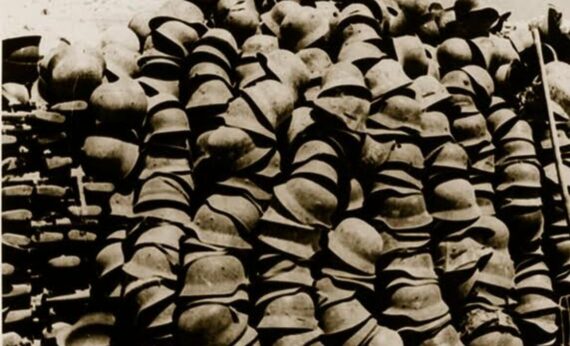 Precisely a hundred years ago, on 16 May 1916, the iniquitous Sykes-Picot Agreement (1916) was signed between Britain and France –Sir Mark Sykes and Georges Picot- whose goal was to partition Anatolia and the Arab Middle East among the two should the Ottoman Empire be defeated in the First World War. Although second-rank party to the agreement, Russia was to be given parts of eastern Turkey (defined as “Armenia”), Istanbul and the Turkish Straits. This secret partition was made behind the back of Sheriff Hussein who had been given assurances for an Arab Kingdom under his own leadership. Not surprisingly, the agreement gave the lion’s share of the booty to the British Empire.

NewsBy Politics Today
To be sure, the two powers, the British and the French, stood for their own imperial interests and not for the interests of the inhabitants of the region. Sykes-Picot Agreement was in fact amended a few times to carve up the Middle East along the lines that reflected the shift in the relative military strength and diplomatic posture of the two colonial powers, in addition to the intervention of the League of Nations. Eventually, the newly created Iraq and Jordan, alongside Palestine were put under British rule, whereas Syria and the newly created Lebanon (and parts of southern Anatolia) were given to the French. The pretext for this territorial plunder was both simple and predictable: that the Arabs were too “backward”; they therefore could not possibly govern themselves; thus, they needed the helping hand of the “civilized nations” which, in this case, were Britain and France. Meanwhile, the Anatolian portion of the Sykes-Picot could not be parted from the “Turks” since Russia withdrew from the agreement in 1917 following the Bolshevik Revolution and partly because the people of Anatolia managed to eject the invading forces in 1922.

To be sure, the two powers, the British and the French, stood for their own imperial interests and not for the interests of the inhabitants of the region.

As the secret arrangement gradually became operational with the eventual defeat of the Central Powers, including Germany and the Ottoman Empire, the seeds of hate and mistrust began to be sown in the region. This very fragmentation led to the frustration of the Arab aspirations for a united Arab state and led to the never-ending internecine bickering and even conflict among the much truncated Arab “sub-nation-states”. The Sykes-Picot thus symbolizes the extension of British and French case of colonialism into the former Arab territories of the Ottoman Empire. This instance of colonialism was “legalized” under the rubric of the Mandates System as sanctified by the League of Nations which was founded in 1919.

Whatever the designation, this carve-up was a full-blown attack against the aspirations of the Arab peoples for collective self-determination in the Middle East. The final nail in the coffin of the failure to achieve “Arab unity” was the case of the UN General Assembly Resolution No. 181 which partitioned Palestine between Jews and Arabs, while Jerusalem was designated as an “international city” under the administration of the UN. The great chunk of territory (56 percent) was literally “donated” to the Jews that constituted less than one third of the population in Palestine.

The Cold War was indeed the scene of Israel’s neo-colonial uprooting of the Palestinians to the extent that most of the indigenous inhabitants of the area were forced to flee their homeland; thus, most became refugees. The creation of the state of Israel in historic Palestine was surely a painful legacy of the Sykes-Picot arrangement. More of this legacy can be traced in the ceaseless internecine conflicts, chaos and instability in Lebanon, Iraq, Syria and Jordan after the Second World War. Inter-state wars likewise exploded among a number of Arab states as in the case of Iran-Iraq war (1980-1988) and the Iraqi invasion of Kuwait (1990). Furthermore, Israeli armed aggression against Egypt in 1956 and against Syria, Jordan, and Egypt in 1967 which led to Israel occupying land four times as big as its territory.

It is no exaggeration to claim that the fraudulent order of the Sykes-Picot has brought untold tragedies to the Arabs (and to the minority communities like Kurds) living in the Levant and Iraq.

It is no exaggeration to claim that the fraudulent order of the Sykes-Picot has brought untold tragedies to the Arabs (and to the minority communities like Kurds) living in the Levant and Iraq. The two old colonial powers that were “architects” of the current rancorous territorial boundaries and the dismal states system in the Middle East have since incessantly sought to maintain the status quo in the region at whatever cost. The USA later joined in the scramble for imperial supremacy in the region principally on account of its rich reserves of oil, but also because of geopolitical vitality and the presence of Israel which had by then become a “very special” US ally. That is why the US and its European allies mobilized the whole gamut of the UN system, particularly the Security Council, to “liberate” the tiny Kuwaiti state after it was occupied by Iraq in August 1990, although it was known that the Security Council had almost always chosen to close its eyes to similar direct and indirect armed aggressions elsewhere during the Cold War. Iraq had to be punished heavily as a deterrent to other potential “Saddams” who would dare to tear up the Sykes-Picot straitjacket in the Middle East.

This, then, suggests that the Sykes-Picot order also signifies the refusal of the West-sponsored Westphalian system to allow the Arab inhabitants of the Middle East to unite under one flag, thus becoming like other “nation-states”.  Arabs were, in the early 1920s, and still are a single “nation” on account of the unity of their language (Arabic), ethnicity (predominantly Arab), and (a prevalent) religion (Islam). It isn’t an exaggeration to claim that, since the end of the I. World War, Arabs have come to represent an arrested nation which has been forced to be partitioned among a list of artificially carved-up sub-states. So long as the Arab world remains fragmented as “sub-nation-states”, the regional order established by the spirit, if not by the substance, of Sykes-Picot will continue to sap the energy of the Arab body politics in the Middle East.

The ghost of the colonial yoke of the Sykes Picot is still around us.

The recent attacks launched in Western cities by international terrorist movements such as Al Qaida and ISIS, inter alia, are a testimony that Western neo-colonial and imperialistic interventions at the heart of the Muslim world, combined with the Western support for authoritarian regimes in Muslim countries, have backfired and thus have come to hit the Western “security community”. Today, ISIS is challenging this artificial fragmentation by refusing to recognize any separation between Iraq and Syria.

Strangely, the still hegemonic and imperialistic West is not averse to such eventuality so long as both states are carved up further. This is where the risk lies. If the Sykes-Picot arrangement is to be overwhelmed by new territorial reshuffle, this should not come in the form of further partition; instead, it should take the form of territorial enlargement if the inhabitants so wish. This, we call, “self-determination”.

As for today, that we have not been able to change the term, a colonial-leftover, “the Middle East” into the more respectful “Western Asia”, because less tainted with colonial intrusion,”; testifies that the ghost of the colonial yoke of the Sykes Picot is still around us.

Middle EastRussiaFranceBritainSykes-PicotSykes-Picot: After a Century

Professor Berdal Aral completed his PhD on “Turkey and International Society from a Critical Legal Perspective” in 1994 at the University of Glasgow. His main areas of interest include international law and human rights. Prof. Aral currently teaches at the Department of International Relations at Istanbul Medeniyet University.