TENET: The World in the Service of a Few International Elite

A major theme running through Christopher Nolan's Tenet is how and why a small group of international jet-setters can use the globe for their own purposes. 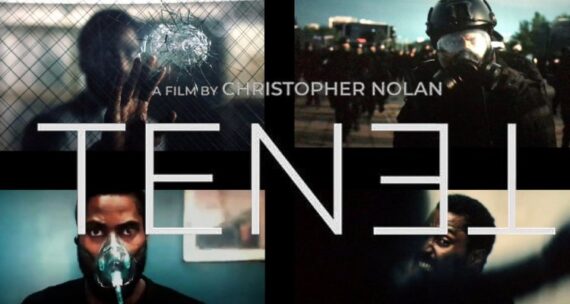 TENET, a film by Christopher Nolan. Cover for the film from social media.

The Protagonist- ‘We live in a twilight world…’

Clandestine Russian influence in global affairs, arms dealing and the proliferation of nuclear weapons, private getaways for the super-rich, pan-national intelligence communities, private armies, free-ports (and lockdown) and the ‘science’ of using masks- these are news cycles from the past year and some of the themes both explicit and implicit that are handled in Christopher Nolan’s blockbuster film Tenet (2020). The biggest film release of last year is in many ways a mirror to the times we live in.

Nolan’s latest film develops many of his trademark styles from previous films. The ‘Protagonist’ (who has no other name and is played by American actor John David Washington) is a CIA agent who early on begins to work for the larger intelligence-type organisation Tenet which ‘transcends’ the other agency (in the words of his superior) and is trying to prevent World War III.

This lone character bears some resemblance to the theme of anonymity from Nolan’s early film Following (1998) while the structure of Tenet weaves the viewer in and out of time and often the same scene is played more than once from differing perspectives, movements and ‘temporal’ places- something first seen in his film Memento (2000) where the story unfolds backwards with the character of Leonard having amnesia and not remembering meeting the same people multiple times (although the audience is given this information); this is taken a step further in Tenet with relationships between characters (such as the Protagonist and Neil) mysterious to both themselves and the audience.

Misplaced identity is explored in Tenet in ways that hark back to The Prestige (2006) and the action sequences are fast, furious and comparable with the Batman/Dark Knight trilogy that Nolan made from 2005-2012. The dreamy theme(s) of moving back and forth through temporal space was most notably explored in Inception (2010) and Interstellar (2014) in varying ways while the attention to scientific details (including nuances of quantum physics) is again given to us but this time at even greater breakneck speed.

Tenet is a film which plays at action, science fiction and thriller while demanding rigorous work from its audience to keep up with the fast-moving and detailed parcels of information that are thrown our way; it is also a film with several political storylines that go into greater detail than the murky shadows of Gotham City, the international espionage in Inception or the near-future climate apocalypse of Interstellar. Nolan’s previous film Dunkirk (2017) addresses specific historical-political events with an accurate and dramatic flair and proves to be a bridge to Tenet’s more contemporary socio-political zeitgeist.

Many of the nagging residuals from the cold war (1950’s-1980’s) such as the Chernobyl disaster or the rise of the super Russian Oligarch businessman are at the forefront of the film. The villain is called Andrei Sator (played by Northern Irish actor Kenneth Branagh) and is referred to by his last name which has historical connections as an ancient palindrome with magical and temporal associations; this word puzzle also includes the word Opera (which is the setting for the opening of the film), Arepo (an unseen character who is a master forger/painter of Goyas) Rotas (the name of the security firm that is central to the plot) and of course Tenet (a belief in something as well as the name of the secret organization).

The fictional ‘secret’ Soviet city of Stalsk-12 in Northern Siberia proves a perfect setting to explore the (real) repercussions of nuclear waste as well as a final battle scene. The private army reflects the increasing use of specialized forces (as well as drones) without national allegiance to cross borders/territories for their mission- in this case the highly traditional-looking armies use a ‘temporal’ pincer move and run repeated and monotonous attacks through time and space.

Wheeler to the Protagonist ‘You are inverted- the world is not.’

Nolan has long used (real) cutting edge scientific advisors to give an authenticity to his outlandish plot narratives (most prominently in Inception and Interstellar); this continues in Tenet but takes on a level of detailed information that is less meant to be understood and used more as a presentation to make something plausible. This fits into the current political narrative which uses science less as an area that ‘builds and organizes knowledge in the form of testable explanations and predictions about the universe’ but something that convinces the general public about the benefits and plausibility of what is happening.

At a time when the general public is constantly hearing about ‘the science’ of the pandemic from experts (who have unwittingly become part of the political narrative) Tenet offers a masterclass in suspending disbelief through a mix of stunning action, superb practical effects and seamless visual effects while characters give a running commentary and tutorial on how the ‘temporal’ things are actually working.

This begins in an early scene where the scientist Barbara (played by French actress Clémence Poésy) gives a quick class in how bullets and other objects can be inverted and move backwards through time. Fellow Tenet member and companion Neil (played by English actor Robert Pattinson) fills in the knowledge gaps throughout the film as the Protagonist (and audience) try to understand the (non) narrative; by the time of the final scene at Stalsk-12 in Northern Siberia the viewer has become accustomed to the multiple and continuous inversions that feel less like ‘time travel’ and more like a scientific experiment that we don’t quite understand but know can and is happening (similar to most of the scientific laws of the world to non-scientific minds).

Incidents like wearing masks to breath your own air and protect oneself (and avoid the air of another moment in time) seem like obvious things while narrative clues like the pendent on Neil’s backpack (which was earlier glimpsed in the opera scene) are given focused audio-visual prominence to piece the story together.

A major theme running through Tenet is how and why a small group of international jet- setters can use the globe for their own purposes. The viewer is constantly bombarded with images of the super-wealthy and the trappings of this life but finds virtually no pleasure from it at all. Scenes of extreme racing yachts to start the morning (with a near death), elite restaurants (with a brutal kitchen fight), expensive clothes (which are used by the Protagonist to look like he is part of a different ‘class’) and priceless paintings stored in warehouses (where no one can see them) abound; the tone of these moments is always fraught with anxiety and suggests more a critique of the pointless pursuit of pleasure than a celebration of it.

Free Ports also figure prominently as tax-free points across the globe that can be used to hide wealth and offer a network of entry areas for the temporal war that is taking place. Most tellingly Sator is ready to destroy the entire world (and possibly its own past?) when he (plans to) ceremoniously takes his own life in what represents the ultimate act of narcissism and which has no higher purpose (sacrifice) nor any lower purpose (conquer other nations) but simply exists out of a mix of extreme vanity and a kind of boredom experienced by those that can and do have everything material that is on offer. He describes his position to Kat as a kind of ‘…god of sorts…’

Tenet is a film that asks a lot from its audiences while also belonging to a tradition of science-fiction films from Hollywood such as Terminator (1984 J. Cameron) which grapple with the narrative logistics and action of going back in time and Art Cinema such as La Jetee (1962 C. Marker) which offer a philosophical puzzle of the morals of the future helping its own past.

Some scenes such as the ones half-way through the film where Sator both shoots his wife Kat (played by Australian actress Elizabeth Debicki) and demands to know the location of the ‘plutonium 241’ (which is the final piece of the algorithm and the films’ ‘McGuffin’) are presented more like an experimental video art installation with multiple red-stained images and deliberately distorted sound to be absorbed by the viewer rather than viewed as a traditional narrative.

Classic masterpieces such as Double Indemnity (1944 B. Wilder) and Vertigo (1958 A. Hitchcock) are notorious examples of films which have been written about and canonized with confusing narratives that are still debated; Tenet may join this exclusive club as a film that offers tantalizing ruminations on the socio-political world we live in overtop a science-fiction thriller. As military commander Ives states to the Protagonist ‘stop thinking in linear terms…’

Tenet was released on DVD, Blu-Ray and Ultra HD 4K as well as VOD in December 2020