The Cancellation of Istanbul Elections: What's Next?

Istanbul will go to the polls in a closely contested election on June 23. Since the difference between the votes was very low, small parties and their support for the candidates will be one of the hot topics of discussion in the election process. 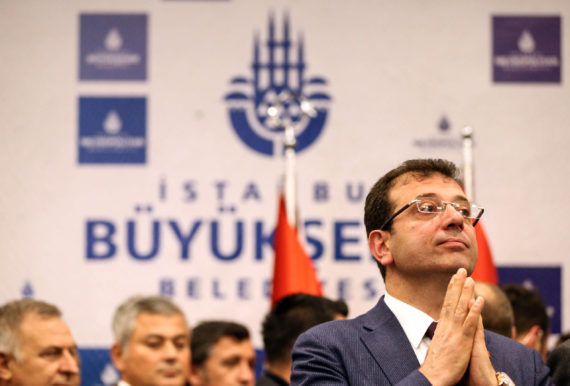 After a long-lasting controversial legal process, Turkey’s Supreme Electoral Board (YSK) finally announced its decision on the Istanbul elections. According to the YSK’s final order, the March 31 mayoral elections in Istanbul have been cancelled due to presiding officers at ballot stations who had to be civil servants according to the law. The YSK has also found some other misconducted activities. As a result, the mayoral elections in Istanbul will re-run again on June 23, 2019.

At this point, it is crucial to examine the AK Party’s allegations on the Istanbul elections and why these allegations were effective on the final decision. After the March 31 local elections, the first results showed that Ekrem Imamoglu (CHP candidate), had approximately 27,000 more votes than the AK Party’s candidate. After the AK Party requested for a re-count in some districts due to miscalculations affecting the result, invalid votes had been re-counted and the difference between the AK Party’s Binali Yildirim and Ekrem Imamoglu decreased to approximately 13,000.

If the candidates of other political parties withdraw their candidacy in favor of either the AK Party or the CHP, this will be one of the main determinants on the election results.

It is now certain that voters in Istanbul will re-cast their votes to elect the new mayor of Istanbul on June 23. The previous eighth candidates of political parties will run in these elections. Binali Yildirim for the AK Party, Ekrem Imamoglu for the CHP, Necdet Gokcinar for the Felicity Party, Muammer Aydin for the DSP, Selim Kotil for the BTP, and three other candidates from the DP, the Patriotic Party, and the TKP. These candidates can withdraw their candidacies on two occasions – either death or personal resignation. This means that small parties could force their candidates to resign in favor of another candidate in the upcoming elections.

The voter turnout in Istanbul was 83,88% and 1,704,325 voters did not go to the polls. Even a slightest increase or decrease in these numbers will determine the next mayor of Istanbul.

Another eye-catching issue for the following days is how political parties and candidates will mobilize their voters. Firstly, if the candidates of the Felicity Party, the DSP, the BTP and others withdraw their candidacy in favor of the AK Party or the CHP, this will be one of the main determinants on the election results. Secondly, voter turnout may be another determinant on the election results. During the March 31 local elections, the voter turnout in Istanbul was 83,88%, slightly lower than the average of the country, and 1,704,325 voters did not go to the polls. It is obvious that even a slightest increase or decrease in these numbers will determine the next mayor of Istanbul.

All these determinants show that Istanbul will go to the polls in a closely contested election on June 23. Since the difference between the votes was very low, the parties and candidates will try to broaden their sphere of influence to get the position. Furthermore, small parties and their support for the candidates of the AK Party and/or the CHP will be one of the hot topics of discussion in the election process. In any way, Turkey is about to witness another critical election in the following days.