While much as the world is concerned with European foreign fighters, it should also be looking at the issue of terrorists from Central Asian states who were some of the most infamous fighters of Daesh. 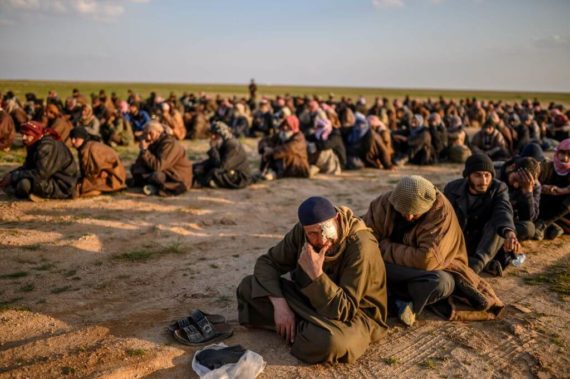 Current concerns about Daesh (ISIS) detainees have been growing but almost all of the fears are emanating from European foreign fighters. At the same time, other states have had an important number of their citizens join Daesh as well, particularly post-Soviet Central Asian states. Currently, there are thousands of Daesh foreign fighters detained in prisons, which are now under the control of Turkey, Iraq and non-state actors in Syria. And today, Turkey, Iraq and other actors in Syria have concentrated on the repatriation of European detainees. There are, however, a similar number of radicalized detainees from Central Asia and Europe. While democratic states in Europe worry about the future of its citizens if foreign fighters return home, due to the lack of laws to efficiently deal with those people, authoritarian states in Central Asia have a more flexible legal approach. However, it is the inability of these states to distinguish between radical Islamist groups, their discrimination against mainstream Islamic practices, and corruption that may lead to even bigger security threats.

After failing to establish long term territorial control in Syria and Iraq, Daesh is attempting to build up its network elsewhere, including in Afghanistan and Central Asian states. While much as the world is concerned with European foreign fighters, it should also be looking at the issue of terrorists from Central Asian states who were some of the most infamous fighters of Daesh, and played an important role in its military activities.

Since 2013, at least 5,000 foreign fighters from Central Asia have joined Daesh, over 2000 of them female, and the real number of recruits may be even bigger. Additionally, many of these foreign fighters have children who were born in Syria. They grew up in detention camps alongside radicalized Daesh members. Estimates claim that the number of Uzbekistan’s citizens who joined Daesh exceeds 1,500 people. While Tajikistan, which has a population four times smaller than Uzbekistan is estimated to have at least 1,300 citizens who joined Daesh. These states are followed by Kazakhstan and Kyrgyzstan with at least 500 each and by Turkmenistan with at least 400 foreign fighters who joined Daesh. It is important to note that these numbers are dated between 2015 and 2016, except those for Kazakhstan. It is believed that the total number of fighters from Central Asian states in the ranks of Daesh exceeds 5,000. Some of these countries like Uzbekistan and Kazakhstan conducted several operations to repatriate their citizens, while the threat posed by these terrorist fighters remains high, especially due to the unstable situation in Afghanistan.

In trying to deal with security threats, Central Asian governments moved in the wrong direction by discriminating against the broader Muslim population and their religious practices. This included proscriptions on religious activities and limitations on religious networks, and frequent amendments to laws on radicalization. For instance, Turkmenistan tried to ban the import of any religious books; Kazakhstan attempted to ban Islamic clothes and on the establishment of any Islamic societies; Tajikistan attempted to ban religious political parties and put an age limitation on visiting mosques but actually these efforts play into the hands of extremists. The Central Asian States have important problems such as corruption, forced secularism, poverty, high unemployment rates, and the feeling of alienation for conservative Muslims, which may gradually promote radicalization of the Central Asian population.

Moreover, an important part of the terrorist attacks that happened in the last decade in the world were conducted by terrorists originally from Central Asian states. While some of the most brutal terrorist attacks undertaken in recent years were by individuals of Uzbek origin. Several politicians and individuals from Central Asian countries have also been involved in the evolution of Daesh as well. For example, the Tajik special military forces commander Gulmurod Khalimov joined Daesh and later recruited his employees within the Tajikistan military.

In this context, analysis shows that a serious threat might be in the revival of Daesh in Central Asia. At the moment, while the international community is focused on the threat of European radicalized fighters, there should be a larger concern about Daesh recruits from Central Asian states, with reports that Daesh is trying to organize these fighters in exile within the chaotic situation of Afghanistan. While Central Asian countries are repatriating their radicalized citizens from Syrian territories, in order to provide security after their return these states need another approach. Post-Soviet countries have attempted to secure their border with Afghanistan, but there is still a huge number of ethnic diaspora groups in Afghanistan, which may result in further radicalization into Central Asian states. The authoritarian rule of these states in line with the general discrimination of Islamic practices will only fuel radicals who try to organize in exile. These states may able to control their citizens within their borders with an iron fist, but they cannot do it for the diaspora who in return will influence the situation within their own country.

Today, Central Asian states may rely heavily on Russia’s military force in case of any attacks from the outside, but if the state has a weak government and the institutions are not developed enough, such as in the case of Kyrgyzstan, then this may lead towards serious attempts by Daesh groups to establish a terror network. This was the case in Tajikstan where a large number of attacks have already occurred. Moreover, in the case of a recent terrorist attack, the threat was felt on the Tajik-Uzbek border. So in fact, there is a huge risk that some of the Central Asian countries could become the new locus for the revival of Daesh.

Consequently, today there is a need to concentrate on the fate of Daesh (ISIS) foreign fighters from Central Asia, just as the international community does with Europe. There is also a need to develop rehabilitation centers, hospitals, schools to de-radicalize fighters in the post-Soviet States and to encourage these states to loosen the harsh restrictions on Islamic activities, and to differ between radical Islamist groups and other Islamic institutions who operate freely around the world.

The author is thankful to Liliya Sayfulina for her contribution to this article.