The Future of the People’s Alliance

If the AK Party and the MHP are able to balance between “being rivals” in the local elections and “being partners” in the parliament, the People’s Alliance will continue to contribute to the solution of Turkey’s serious problems in the future. 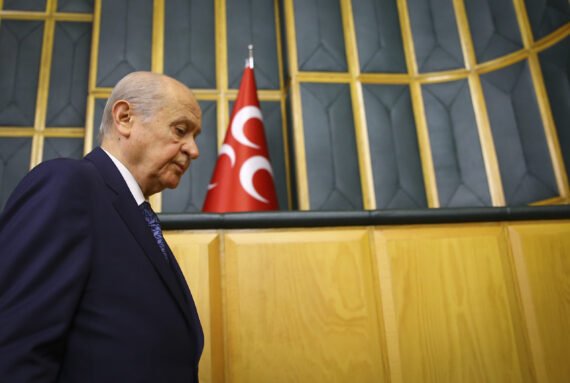 Almost ten days ago, the AK Party and the MHP announced that they were not going to form an alliance in the upcoming local elections. This announcement switched Turkey’s agenda from international issues to domestic concerns. Indeed, the AK Party and the MHP have been in conflict on some policy issues such as granting a partial amnesty for some prisoners and canceling the earlier arrangement on the Student Oath by the Council of State. These two issues have increasingly deepened the divide between the two parties, hence the reason why they will be participating in the elections without forming an alliance.

After the announcement of this decision, some circles claimed that the alliance between the AK Party and the MHP had completely come to an end. However, as was explained, the decision is limited only to the upcoming local elections and the People’s Alliance, which was formed last February, will continue to be active – especially in Parliament. Since there has been a latent alliance between the AK Party and MHP since the July 15 failed coup attempt, both parties have similar concerns on Turkey’s problems and the country’s position in the international arena.

In the light of this information, it is clear that the AK Party and the MHP have been acting responsibly in order to protect the country from internal and external threats, and to consolidate Turkey’s presidential system. These critical issues function as a connection between the two to act together in parliament.

How will the AK Party and the MHP manage to protect the People’s Alliance in parliament when they become rivals in the local elections?

How will the AK Party and the MHP manage to protect this alliance in parliament when they become rivals in the local elections? This is a serious question and an uphill struggle in front of them. The latest statements from both sides show that both parties will design their election campaign to provide this power balance between them. Even if they run to gain municipalities, they will not make concessions from the principles of this alliance.

Thus, it is possible to see that both parties will protect the core principles of the alliance, which was formed around the country’s national values, unity, and solidarity. These principles, of course, will also be settled at the core of the election campaigns of the two parties. Since the alliance was formed around these principles beyond of daily politics, the parties will be careful not to exceed certain boundaries.

If the AK Party and MHP are able to balance between “being rivals” in the local elections and “being partners” in the parliament, the People’s Alliance will continue to go forward.

Indeed, the serious problems brought to the fore by the AK Party and MHP have not been solved yet. Turkey still faces terrorist threats and is maintaining its fight against terrorist organizations such as FETO, the PKK, and Daesh. Even if the domestic activities of these organizations have been minimized, they are still very active abroad. Furthermore, the presidential system of Turkey still needs time and dedication to be consolidated. These issues require strong cooperation between the AK Party and MHP in order to be solved.

For all these reasons, cooperation and communication between the AK Party and the MHP will continue in the parliament, especially on critical issues for the country’s sake. The relatively long-term rapprochement between the AK Party and the MHP after the coup attempt positively reflected on the solution to Turkey’s security problems and the switch from a parliamentary to a presidential system of government. If the parties are able to balance between “being rivals” in the local elections and “being partners” in the parliament, the People’s Alliance will continue to contribute to the solution of Turkey’s serious problems in the future.