Our experiences show that resorting to violence or committing massacres are not confined to a terrorist organization which emerged from a Baath-ridden, post-American occupation Iraq; white and blue collared members of such a cult are also capable of committing these atrocities. We have seen this on the night of July 15, 2016. 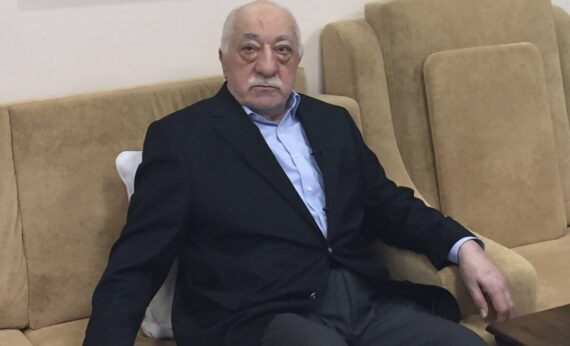 Many religious scholars were punished harshly and even executed at the Independence Courts (İstiklal Mahkemeleri), while Sufi lodges and medreses were closed down, right after the establishment of the Republic of Turkey, which was imitating the French laïcité of the Fourth Republic. Thus, it wasn’t possible to have a religious education up until the mid-1950s. The “persona grata” of the newly born republic was the “Turk”, but not any Turk; they had to be modern and secular. The Ottoman alphabet was replaced with a Latinized Turkish one overnight, some were hanged just because they refused to wear a hat, and the society was traumatized; nevertheless, this wasn’t easy for Turks and Kurds, whom have been shaped by Islam, to accept. Due to the state’s restrictions, the relation between the people and religion was governed by privacy and secrecy.

OpinionBy Hazal Muslu El Berni
Fethullah Gülen’s seemingly Islamic modern cult emerged in such an environment and spread over the years. He claimed to be a follower of Said-i Nursi, who Gülen never visited because he was a Kurd, as Gülen states in his own memoirs of youth, and was seemingly fighting against communism during the Cold War. Using the prestigious name of the persecuted Said-i Nursi, Gülen persuaded both Turks and Kurds that he was working for the benefit of Islam. Even though Gülen’s movement was criticized by other religious congregations for its depreciatory approach towards them and isolation from even the other disciples of Said-i Nursi, it was received rather well by both the society and the state.

Gülen supported and praised all military coups aiming to restore Turkey to its “factory settings” and preserve the status quo.

Gülen supported and praised all military coups aiming to restore Turkey to its “factory settings” and preserve the status quo. When the strictly secular Army deposed Erbakan and his government in 1997, Gülen praised what came to be known as the post-modern coup. Despite the harsh criticism of certain Islamic groups, some of the Muslims who weren’t followers of Gülen also believed that he was forced to make such statements against his own belief due to Turkey’s political environment.

Relocating to the US in 1999 and becoming famous for his schools all around the world, Gülen didn’t face any hardships after 9/11, which was suspicious for some, but not for the whole. Alongside conferences on interfaith dialogue and religious tolerance, Gülen started to pose as an admirer of Rumi and write about him, a strategy for the consumption of a Western audience; just like using Said-i Nursi had been for a Turkish audience. Even though the Rumi Center in the US was obviously named after Rumi, it was always Gülen’s name that was being propagated.

While certain individuals of the Kemalist Left in Turkey claimed that the Gülen Movement was a project of the US against the USSR in the Cold War, their allegations weren’t taken into consideration as these individuals opposed all religious groups.

So, the question is how the members of the Gülen Movement were able to infiltrate the most secular institution, the Army, to an extent to even attempt a military coup in a country that was ultra-secular until the near past? Against the practices of military school administrators, who examined the knees of young applicants to find and eliminate the ones that prayed regularly, Gülen advised his followers to do whatever is necessary, not to pray, and to drink alcohol, the end goal being to enter these military schools. Gülen and his followers used the same methods to infiltrate the judiciary, academia and the media.

Gülen advised his followers to do whatever is necessary, not to pray, and to drink alcohol, the end goal being to enter these military schools.

From the 1970s onward, they infiltrated every ideological movement in Turkey’s sociological structure, while concealing their true beliefs. None was aware of this function of the Gülen Movement; moreover, not every member was aware of each other. The truth is that they had become a widespread organization which was able to reach the elites of countries through their schools, media outlets, holdings and relief organizations. When the Justice and Development Party (AK Party) came to power after weathering multiple storms (Erdoğan’s sentence, two trials to close the party down, the opposition of the whole media), the party was forced to open the door to this organization by assuming that at least they wouldn’t have any issue with their Muslim identity, unlike the Kemalist-secular ideology dominating the state. “Give them an inch and they will take a mile,” as the saying goes, but this wasn’t known at the time.

This seemingly Islamic modern and armed cult first revealed its true face, even if a little, while Turkey and the PKK were engaged in the reconciliation process. Targeting the process, Gülen started an operation through his members within the judiciary to make the head of the National Intelligence Organization stand trial for his role in the negotiations. However, first with the events of December 17-25, 2013 they tried to depose the government by claiming that it was corrupt, and then with the July 15 coup attempt, the organization was completely deciphered. Since then, Turkey has been working on cleansing the institutions of Gülenists and analyzing this cult.

Social scientists, political scientists and psychiatrists’ association are all trying to analyze and explain the leader and the members of this cult according to their own specializations. These analyses are one of the hottest topics in the media and everyone is trying to understand the organization. “Why did my arrogant but helpful neighbor change immensely after the coup attempt?” “They were our relatives and we knew their son was a Gülenist. However, we were shocked when we saw him on TV, among the putschists.” “Two sons stopped seeing their own mother as she is against Gülen, I really don’t understand it”. “The man [a Gülenist] fired his weapon and killed two people right before our eyes. Then recited bismillah before drinking water and then said that the ones he killed just moments ago went to heaven. What kind of a person does this and says that?” These are the questions that have emerged, which puzzle people when they are trying to understand the organization.

“The man [a Gülenist] fired his weapon and killed two people right before our eyes. Then recited bismillah before drinking water.”

I spoke to one of my friends, who was sentenced and was a member of a far left organization in the 1970s. “I know almost all kinds of leftist organizations around the world. We grew and lived within these organizations. Yet, I have never seen an organization giving its member an order, saying ‘you will stand here for 20 years and when the time comes, you will emerge’, let alone hearing of this order being carried out,” he said in utter bewilderment.

The members of this organization, with the instructions of their leader, stole the examination questions to infiltrate state institutions and became prosecutors, judges and teachers by usurping the rights of many thousands. Any threats to their organization were eliminated by slandering them, covering these slanders on their news channels, sentencing them via prosecutors and judges who are their members, and upholding their sentences in the higher courts once again with their own members. When they couldn’t achieve this, they sought vulnerabilities of these people to exploit and blackmail. Moreover, the members were ordered by their leader to “criticize or slander Gülen,” otherwise they may be exposed. Each and every one of them had experienced being untouchable.

They went from ultranationalism to being an international extra, ultimately to treason. How did they commit all these acts and how did they justify it to themselves?

Psychiatrists are explaining this situation as a “frenzy as a result of excessive narcissism.”

With outside observations and confessors from within, the Pandora’s Box has finally opened. Just like all other cults based on modern messianic apocalyptic scenarios and saviors, the Gülen Movement is also a cult. The members’ interactions with those who aren’t with the cult are limited, even if it’s their families. A narcissistic leader and a cult of narcissism. Most of them entered as they were mere children; however, these people, even the adults, have forsaken their own “selves” just to become a huge and singular “Self”. With harsh punishments (to be beaten by the leader himself, dismissals, threats) and rewards (being praised by the leader, receiving gifts, being exemplified), the bond between the leader and the members was strengthened. This narcissistic structure and its members seemingly didn’t have much problem with justifying all the amorality they were a part of. They claimed all of their amoral actions, which even an average person would abstain from committing, were to save the world. There wasn’t any illegal and amoral act left for them to commit. Moreover, they never believed they would lose; for them their leader is “the holy savior” and they are “the chosen.” What differentiates them from Daesh?

On the other hand, our experiences show that resorting to violence or committing massacres does not have anything to do with being a member of a terrorist organization which emerged from a Baath-ridden, post-American occupation Iraq; white and blue collared members of such a cult are also capable of committing these atrocities. We have seen this on the night of July 15, 2016. Psychiatrists are explaining this situation as a “frenzy as a result of excessive narcissism.” The questions regarding Gülen’s national and international connections and targets are yet to be answered.

Also Read
The Tiananmens Ignored by the Western Media
We use cookies to optimize your online user experience. To learn about our use of cookies and how you can manage your cookie settings, please see our Privacy Policy. By continuing to use our site you are excepting our use of cookies.Accept Cookies & CloseMore Info