The Ibiza Scandal in Austria: A Political Design in Europe?

The chaos in Austrian politics had been triggered due to a video scandal in which the far-rightist vice-chancellor Strache was filmed while he was proposing to offer government contracts to a Russian oligarch's niece. 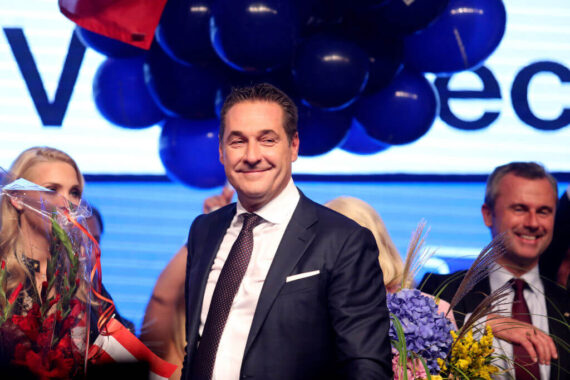 Two weeks ago Austria’s vice-chancellor and chairman of the far-right Freedom Party (FPÖ), Heinz-Christian Strache, resigned from Austria’s “center-right far-rightist” ÖVP-FPÖ coalition government led by Austria’s Chancellor and the People’s Party (ÖVP) leader Sebastian Kurz. Kurz’ caretaker government recently failed to receive the needed confidence vote from the main opposition, Social Democratic Party, far-right FPÖ and green Liste Jetzt party. As has already been addressed on various platforms, the chaos in Austrian politics had been triggered due to a video scandal in which the far-rightist vice-chancellor Strache was filmed while he was proposing to offer government contracts to a Russian oligarch’s niece.

Besides Strache himself, FPÖ ministers such as the foreign minister and ministers for defense, transport, and social affairs resigned from the cabinet as well. Given the current circumstance, Chancellor Kurz, whose cabinet consisted of FPÖ ministers, came together with the country’s President in order to plan snap elections in September of this year.

The general content of the revealed video shows Strache together with his FPÖ’s parliamentary group leader Johann Gudenus relaxing on sofas at a villa on the Spanish island of Ibiza while drinking alcohol and having a conversation with a woman who is allegedly the daughter of a Russian oligarch loyal to Putin. The footage published is just part of a total record of more than a six hours conversation. In the footage, in which the conversation gets translated by Gudenus, who is able to speak Russian, the woman offers to buy a 50% stake in the Austrian “Kronen Zeitung” daily by aiming to switch its current editorial position to support the FPÖ.

With no doubt, an intelligence service has been involved in the Strache case. So, it cannot be reduced to a victory of the free media, as falsely preached nowadays by most of the leftist-liberal media in Europe.

Besides this scandalous content, other questions such as who took the video, what ambitions they had and whether there are also other parts of the video rise to the forefront. Furthermore, it’s questionable why only this particular footage has been published by German media outlets Süddeutsche Zeitung and Der Spiegel although the conversation took more than 6 hours. It’s also unknown who else is involved in this incident and why the footage was not published right before the previous parliamentary elections and has waited for two years.

Besides Strache’s anti-Muslim, anti-refugee and known far-right populist stances, it’s with no doubt obvious that an intelligence service has been involved in the case. Therefore, it’s also not that easy to reduce the incident to a victory of the free media, as it is falsely described nowadays by most of the leftist-liberal media representatives particularly in Europe.

The German BND or the CIA, which see the FPÖ as one of Russia’s strongest partners in Europe, might be behind the Strache footage and its leak.

Even though it is still unknown as to who is behind this “operation,” it can be guessed that it was conducted to target the Austrian government or the so-called pro-Russian factions of the Austrian state. As mentioned, it is not a secret that the FPÖ and leading figures such as Johann Gudenus have close ties to Russia while having the long-term goal to intensify Austrian-Russian relations. Therefore, it is also assessed that Western intelligence services such as the German BND or the CIA, which see the FPÖ as one of Russia’s strongest partners in Europe, might be behind the footage and its leak. Furthermore, this becomes more interesting if one reminds that, for instance, Germany has already limited the exchange of information with the Austrian intelligence service controlled by the FPÖ-led Austrian Ministry of the Interior. It was also weird for some observers that former heads of the BND elaborated on the operation as an intelligence service act while the previous head of the German domestic intelligence criticized the footage by pointing to “far-leftists” behind it – that is to say, likely criticizing certain factions of a certain intelligence service. Similarly, the president of the German parliament elaborated on the incident as weird and as an intelligence operation.

The Strache footage targeted not only Austrian but also European politics. A Western intelligence service is obviously behind this incident. But several questions remain unanswered.

In addition, one should keep in mind that the “Ibiza scandal” came at a particularly awkward time for the far-right FPÖ because of the fact that EU voters recently went to polls on 26 May – one week subsequent to the leak. Prior to the scandal, it was actually expected that the European Parliament elections will increase the numbers of far-rightists and so-called Eurosceptic MEPs. However, when one compares the results that the FPÖ gained after the elections on Sunday (17%), it seems clear that the party had the potential to receive more than 20% of the votes in the European elections had the video not been leaked.

Thus, what should be concluded from such an incident that caused the collapse of a parliamentary government and what would be the consequences in the short-term? It is clear that the footage targeted not only Austrian but also European politics. It seems rather obvious that a Western intelligence service is behind this incident. But several questions remain unanswered. For instance, why was the video not released two years ago right before the parliamentary elections in Austria? Another result of this scandal has been the collapse of the fragile center-right – far-right coalition government led by Austria’s young chancellor Kurz, who will most likely aim to govern the country on his own. Kurz had also been able to make significant changes in his ÖVP in order to dominate the party alone. Thus, the snap elections in September will show whether the ÖVP will benefit from the situation and increase its votes along with other opposition parties. But it should also not be disregarded that it is not clear and foreseeable how (far rightist and even other) voters –both in Austria and also in other European countries where far right parties exist, will react to such a scandal or ambitions of “political design.”