The Internationalization of Higher Education in Turkey 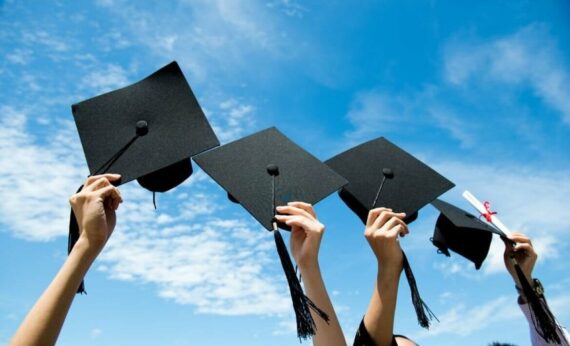 It is known that the number of foreign students in Turkey has been on the rise. According to data from the last 10 years, the number of international students remained level at about 15,000 until 2008. It has dramatically increased since YÖK actively has taken charge of the process and introduced regulations in procedures and implementations. The uptrend continues. For instance, the number of foreign students in Turkish higher education institutions in the 2013-2014 academic year was 48,183, but jumped to 72,178 in the 2014-2015 academic year and increased by 1.8 times and settled at 87,903 in the 2015-2016 academic year.

Turkey needs consolidation and rehabilitation in its internationalization of higher education. Internationalization of Turkish higher education lacks in-depth study, field studies in particular. Articles containing general assessments or short reports are seen more often. It is very difficult to administer the process without conducting field research and without observations from the field. More studies should be carried out in order to help policy makers to make the right decisions.

In Turkey, however, the numbers of foreign students enrolled in bachelor’s, master’s, and PhD programs were 1 percent, 4 percent and 4 percent, respectively, in 2013. Having qualified international students in graduate programs amplifies research capacities in higher education institutions as it positively contributes to a country’s power of economic competition. Therefore, it is necessary for Turkey to concentrate more on the distribution of foreign students in higher education programs, develop new policies to this end, and accelerate the relevant implementations.

The problems involving PhD programs in Turkey were presented in a report titled “Views on the Status of PhD Education” by the Turkish Academy of Sciences (TÜBA) in 2006. Apparently, the same problems still exist today. The number of master’s students increased from 92,862 in the years covered in the report to 417,084, and the number of PhD students from 27,393 to 86,094 in the 2015-2016 academic year. Again, the number of PhD graduates remained between 2,000 and 2,500 in the same years, and the current figure has risen to 4,500-5,000. However, the number of graduates has not increased as expected, though the numbers of master’s students and faculty members have increased considerably.

PhD programs are the education programs that have multiple effects. Quality and quantity problems in doctoral degree programs negatively affect many areas involving R&D activities in our higher education system and our country. To maintain the enormous growth of recent years in our higher education system, an in-depth discussion of doctoral education is necessary. Additionally, the quality of these programs must be improved and immediate measures must urgently be taken in order to increase the number of PhD graduates. To this end, TÜBA must play an active role and develop solutions. In particular, opening graduate level courses with languages of instruction completely in English, French, and Arabic is a must. The international recognition of Turkish higher education institutions must be achieved and encouraged as well. Efforts in this direction will naturally have a positive effect on the number of international students enrolled in Turkish higher education and increase their capability to conduct joint international research projects.

The countrywide distribution also reveals that international students in Turkey are mostly from neighboring and Turkic-language countries. Turkmenistan topped the list, followed by Azerbaijan and Iran in the 2013-2014 academic year. However, Turkey receives very few foreign students from the countries sending the highest numbers of students abroad, and the ratio of the students Turkey receives from these countries is very low compared to the total number of students it sends abroad. The international fair promotion support provided by the Ministry of Economy should be used more actively and extensively, targeting these countries in particular.

On the other hand, the number of foreign faculty members in Turkish higher education institutions steadily increases. Still, this is a small number. According to the last 10 years’ data, the total number of foreign faculty members stood at 1,057 in the 2006-2007 academic year and increased by approximately 2.9 times, settling at 3,114 in the 2015-2016 academic year. The number of faculty members coming from other countries to teach in Turkish universities is approximately 2 percent of the total number of faculty members. Turkey must urgently take measures in the matter. YÖK has recently launched the Foreign Academics Information System (YABSIS) to this end. This is a joint project run by YÖK and the Turkish Prime Ministry to primarily create a database of foreign academics and researchers (who had to immigrate to Turkey due to natural disasters and wars), by compiling their job applications, and providing assistance to them to find employment in Turkish higher education institutions in accordance with the relevant procedures. It is reported that the scope of the online portal will be broadened to take in applications from all foreign academics and researchers who are willing to work in Turkey.

It is good news to highlight the efforts towards the internationalization of Turkish higher education institutions. Universities in Turkey are known to have international cooperation and almost every university puts effort into this. References to the numbers of foreign students and faculty members and of international agreements signed by each university are included in advertising and promotion campaigns. However, it is also the case that these efforts are limited to programs involving the mobility of foreign students and faculty members. The number of students in the Erasmus exchange program coming into Turkey is lower than Turkish students going abroad via the same program.

In the last 10 years, from 2004 to 2014, a total of 23,109 Erasmus students attended Turkish higher education programs as opposed to 74,231 Turkish students who joined Erasmus programs abroad. On the other hand, similar exchange programs do not seem to boost joint research programs among universities, and problems exist in this regard. So, this needs to be investigated thoroughly. It is critical for national initiatives to take action in this direction. The Ministry of Development, regional development agencies, and new support programs of the Scientific and Technological Research Council of Turkey (TÜBİTAK) should provide more assistance to the process, develop more international projects, and make more contributions to the development of such projects. All and all, this will mean a crucial step in regional development.

From the Ministry of Economy to the Ministry of Development, from YÖK to YTB and the Yunus Emre Institute, all shareholders contribute significantly to the internationalization process of Turkish higher education, being aware of the importance of this process to our country. For sound management of the internationalization of higher education institutions, Turkey needs to put forth more effort and conduct studies to closely follow similar processes, developments, and good examples around the world, and to provide venues for constant improvement by taking the potential and opportunities of our country into consideration.