The Matter of the Doctorate (PhD) in Turkey

The data on graduate enrollment in doctoral programs indicates that the demand for PhDs has increased in Turkey, as in other countries. However, some of the structural problems of the past still remain. 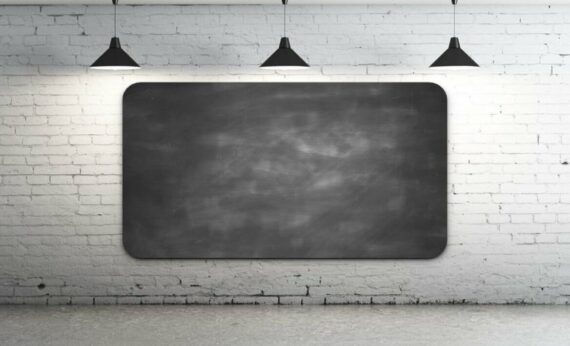 In a statement issued for the commencement of the 2016–2017 academic year, President Recep Tayyip Erdoğan emphasized the importance of closing the gaps in the education system, saying, “Turkey ought to close the gaps exploited by treacherous gangs in the education system and move on.” One of the most critical gaps in the Turkish education system has been the decades-long negligence of the demand for higher education. This issue takes the lead among others that have been skillfully exploited by the Fetullah Gülen Terror Organization (FETO) thus far. Myriads of prep schools for university entrance exams, an unlimited number of private K–12 schools, and 15 higher education foundation institutions have had connections with FETÖ. This basically constitutes the reason for the failure to meet – in one way or another and to a reasonable extent – the higher education demands in Turkey, which have led to a competitive education system. Hence, if we have any intention to close the “gaps exploited by the treacherous gangs,” then we must undertake level-headed analysis of higher education that goes beyond the ordinary.In Turkey, we frequently hear a narrative for higher-education-related discussions. In short: the growth of Turkish higher education, particularly in the last decade, has been misguided, and the growth has lowered the quality of education in higher education institutions; therefore, it should be stopped.

WorldBy Silan Cecen
The suggestion to stop the growth of higher education, because it has lowered the quality of education, needs to be questioned as it deems that all the systems that have been implemented so far have been wrong; therefore, the desire to revert back to previous systems is not only problematic but also prevents Turkey from concentrating on the steps necessary for sustainable growth in higher education. What needs to take place is the accurate identification of the existing problems and their sources, so that solutions can be developed and mechanisms set up (in the system) to generate them.As one of its main agenda topics, the Council of Higher Education (YÖK) in Turkey has attached particular importance to the quality of higher education in recent years, although the issue pertains to higher education institutions themselves. To this end, the YÖK has established the Higher Education Quality Board, which has immediately begun to undertake certain tasks. All in all, this indicates how much importance is attached to the issue.

Social Demand and the Quality Issue

No matter what is said, comparisons between Turkey and other countries clearly show that Turkey has neglected the higher education demands of its young people for decades. The existing higher education institutions have, for different reasons, resisted the increase in demand. Therefore, one way or the other, the demand has not been met.

Despite the above positive developments, however, the increase in the number of faculty members in the Turkish higher education system is not sufficient to support such growth. As a result, the number of students per faculty member has increased, resulting in negative impacts on both the quality of education and research capacity in Turkey.

The Doctoral Issue in the World and in Turkey

Every country has its own unique perspective of doctoral graduates depending on its own state of affairs. While one country achieves growth in its higher education system or economy and makes plans to increase growth; another may try to stabilize the number of postgraduates. For instance, China is one of the two world leaders in terms of the annual number of PhD graduates across all disciplines, with some 50,000 PhD holders per year. The yearly average number of doctoral graduates in all disciplines grew by 40% between 1998 and 2006. This has led to discussions regarding the quality issue in China due to the rapid growth in the number of PhD holders. Despite the discussions, however, doctoral graduates easily find jobs both in industry and higher education institutions.

In Germany, the number of PhD holders per year amounts to approximately 25,000, as the country tries to stabilize this figure as much as possible. In other countries, such as the UK and the US, the number of doctoral graduates increases beyond their own market demands due to demand from foreign students studying in these countries. It is becoming more difficult for PhD holders to take academic positions in the US. For instance, only 12.8% of PhD holders in engineering secure academic positions. Consequently, PhD holders tend to have post-doc positions, and decision makers tend not to intervene in the situation as the competitive environment offers the opportunity to employ more qualified human resources in a less expensive way. Albeit 40–50% of doctoral candidates in North America never graduate, enrollment in advanced research programs increased by approximately 70% in the US and Canada between 1998 and 2012, according to an OECD report.

PhD Education must be Examined

The data on graduate enrollment in doctoral programs indicates that the demand for PhDs has increased in Turkey, as in other countries. Negative developments, according to the above data in the given years, signal that the structural problems of the past still remain, that they have grown, and that, no matter how much the input (enrollment) increases, the output (graduation) is alarmingly low.

For this reason, qualified field research on current PhD programs, and PhD students in particular, are needed. Prospective findings of such research and relevant processes must be reviewed and urgent preventive measures must be taken. To this end, the recently launched YÖK project involving 2,000 PhD students who have scholarships in 100 different disciplines is promising. While arrangements to eliminate existing problems are being made, Turkish higher education definitely needs such new promising projects. In fact, this is not only the problem of the YÖK and universities; it is also a national issue. Therefore, the Ministry of Science, Industry and Technology, the Scientific and Technological Research Council of Turkey (TÜBİTAK), and TÜBA must all be involved actively in the process and develop solutions together. Enhancements will enable sustainability of the growth in higher education as they will help to fill the gaps in the education system.