With an aim to monitor the actions taken as part of the decree laws and upon the discussions questioning the review of the decisions, it was decided to establish an investigation Commission on the state of emergency decrees on January 23, 2017. 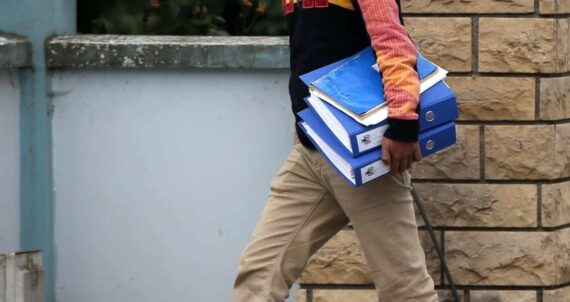 On July 20, 2016, five days after the July 15 coup attempt, a state of emergency was declared in Turkey and has been further extended by the Parliament every three months since the coup attempt upon the demand of the Cabinet on the grounds of ongoing terror attacks and the state’s fight against the Fetullah Gülen Terror Group (FETO). The state of emergency enables the state to eliminate those threats and risks that could not be overcome under ordinary rules of law. As part of the emergency powers, state authorities are extended and fundamental rights and liberties are restricted compared to the ordinary period. Article 15 of the 1982 Constitution, which regulates restricting fundamental rights in states of emergency was borrowed from Article 15 of the European Convention on Human Rights. Therefore, Turkey’s legislation on state of emergency powers are in line with the standards of democratic states of law.

In a state of emergency, the Cabinet is vested with the authority to issue decree laws according to the final paragraph of Article 121 of the Constitution. Throughout the state of emergency declared following the July 15 coup attempt, a total of 26 decree laws have been issued. Within the scope of the decree laws, the civil servants affiliated with FETO have been dismissed from profession with an aim to purge FETO cliques from the public institutions. Also, the educational institutions, dormitories, healthcare facilities, media organizations, associations and foundations affiliated with or financed by FETO have been shut down.

Given that the number of files required to be examined by the Commission is more than 100,000, a secretariat and a group of assisting personnel were required within the Commission. Over the course of a long period since the decree on the establishment of the Commission was issued, all the preliminary works and preparations were completed. Around 200 personnel including rapporteurs, experts and officials were assigned to the service of the Commission, which is composed of seven members. The Military Court of Cassation office, which was shut down with a constitutional amendment, was allocated for the Commission.

According to the manifest on the decree laws and their subsequently published rules of procedures, the Commission is to operate for two years, which can be extended if required. The application period is sixty days as of July 17, 2017, the date when the Commission started to accept applications, or as of the date when a new proceeding is conducted. The Commission can demand all kinds of data and documents it needs from relevant institutions and issues its decisions based on these files. The Commission decisions are fulfilled by the relevant state offices without any delay. Annulment actions can be filed against the Commission decisions in certain administrative courts in Ankara determined by the Supreme Board of Judges and Prosecutors.

The establishment of the Commission has enabled the filing of both judicial and administrative applications regarding the state of emergency decrees. The main problem with regard to the proceedings conducted within the state of emergency decree laws was the absence of the possibility of objecting to them and that they were not reviewable. With the establishment of the Commission, the means to object to and monitor the proceedings were provided.

Throughout the state of emergency period, some occasional allegations of unjust treatment were made in the context of the fight against FETO and it was further claimed that the proceedings were abused to settle personal or political accounts. Thanks to the Commission, such claims and requests will be examined. Although it is suggested that every institution must monitor the decisions issued within itself instead of a central Commission, which will assure coherent and standardized implementations. In so doing, all the proceedings regarding one particular subject across the country will be examined by one centralized unit and the principles adopted with the Commission decisions will be a precedent for all the other institutions fighting against FETO. In other words, a uniform implementation will be ensured across the country, which will avert arbitrary decisions according to persons or institutions.

The assignment of only one administrative court in Ankara for the subject is criticized in terms of the natural judge principle. However, entitling only one court for the Commission decisions will enable stare decisis. The same court will be able to issue decisions by taking previous decisions in similar situations into account and prevent different implementations. Besides, a similar practice was adopted for the formerly established compensation commissions, which the ECHR did not regard as a breach of convention.

The investigation Commission on the state of emergency decrees is not a court but an administrative body. Therefore, the members of the Commission were appointed by the Prime Ministry, Justice Ministry and judicial institutions. So, the Commission cannot be expected to consist of completely independent and impartial judges. Still, the majority of the appointed members are judges. The objective of the Commission is to swiftly investigate the state of emergency proceedings through administrative mechanisms before they are litigated and to rectify the faults.

Before the Commission began to work, thousands of applications were already filed both in the Constitutional Court and the ECHR. The ECHR rejected the applications filed to itself with a decision issued on June 12, 2017, referring them to the State of Emergency Commission, which is a domestic remedy that must be exhausted before applying to the ECHR. Likewise, the Constitutional Court demanded the petitions it had on the subject to be referred to the Commission and the exhaustion of judicial procedures.

This Commission is not an unprecedented body for Turkey. Previously, two individual commissions were established to swiftly deal with the violations of rights through administrative means, both of which operated successfully for years. The first one was the “Counter-Terrorism Damage Assessment Commission” founded in 2004, while the other one was named “Human Rights Compensation Commission.” Both commissions were established through similar methods and members and recognized as effective domestic remedies by the ECHR.

When all the preparations and similar past experiences regarding the establishment of the Commission are considered, the negative campaign against the Commission through arguing that it deems to fail before it actually gets to work, is not helpful. Turkey’s fight against FETO and the purge of this terror group members from the state offices are vital for the country. The Commission is going to play an important role in ensuring that the fight on terror is carried out in accordance with the law and that the mistakes made during the process are being corrected. At this very initial stage, therefore, the Commission should be given time and support.