An independent Iraqi Kurdistan would probably lead to yet another round of conflict in Iraq’s never-ending civil war. In the absence of any international backing and legitimacy, the KRG leaders will need to think long and hard before declaring independence. 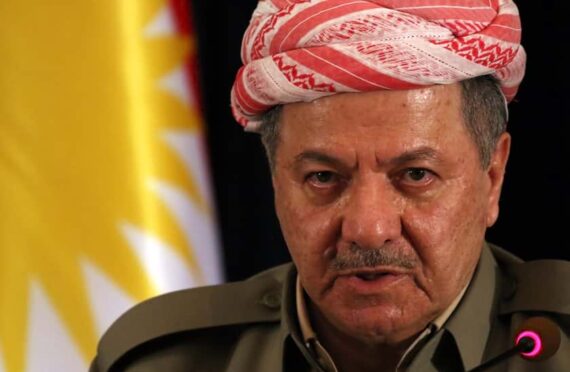 The Kurdistan Regional Government’s (KRG) referendum on independence is no great news for an already fractured country and a destabilized region. Independence is an openly stated goal of the Iraqi Kurds who consistently declare it is only a question of when, not if. However, the only outside support for KRG independence is confined to the Israeli promise to recognize a potential Kurdish state. Most stakeholders, including the U.S. and Turkey, oppose the referendum and support Iraq’s territorial integrity. Iraq has monumental challenges ahead including terrorism, reconstruction, refugees and internally displaced persons, and regional proxy wars being fought in its territory. A potential declaration of independence would most likely exacerbate these problems and lead to further destabilization of the country.

Some analysts have argued that Turkey might be open to or even embrace a declaration of independence given its close ties with the KRG. Turkey’s reaction so far has been anything but. A recent RAND Corporation report argues that Turkey might be open to Iraqi Kurdish independence especially if the declaration is not sudden and comes after negotiations with the Baghdad government over the long term. The reality is that the referendum is unlikely to lead to a declaration of independence and the KRG will seek an amicable divorce through talks with Baghdad. The most recent agreement between Erbil and Baghdad to fight against ISIS was supported and brokered by the U.S. In the case of independence, however, there is no such common ground and there does not seem to exist any available U.S. or Turkish patronage.

Iraq is fractured and will remain so for the foreseeable future. Unaddressed grievances in the country will likely exacerbate political instability despite the most recent military defeat of ISIS in Mosul. The most important reason for the emergence of ISIS was the failure of the Iraqi political system that left Sunnis out of the political system. Even in the very unlikely scenario where the KRG successfully negotiates Kurdistan’s exit from Iraq, the lack of Sunni say in the matter will continue to destabilize the country and the broader region. An Iraqi Kurdish exit will also be tested by the struggle over disputed territories and the lack of a political agreement.

Turkey’s economic investments and security interests along with its political relations with the KRG make it a critical actor. However, Turkey-KRG relations are now deeply unsettled by what looks like the KDP leader Barzani’s bid to prevail over his rivals with the promise of an elusive independence. If Turkey had supported the independence referendum, the KRG would have overcome a major hurdle in terms of international legitimacy. However, from Turkey’s perspective, the independence bid is a deeply destabilizing move in an environment where, only a few months ago, ISIS held large swaths of Iraqi territory. Turkey has had close relations with the KRG but multiple statements by Turkish officials against the upcoming referendum illustrate the limits of Turkish support for the KRG. Turkish opposition to the breakup of Iraq is so strong that Turkey might take punitive steps, including imposing sanctions against the KRG.

Turkey’s argument against Iraqi Kurdistan’s independence is based on a variety of considerations. First, yet another chapter in the long Iraqi civil war would bring about another layer of instability to the region and adversely impact Turkish economic and security interests. Second, potential new conflict could open up space in Iraq for the PKK which has already gained ground in Syria due to the prolonged civil war and American support for the PYD. Third, Turkey continues to value its relationship with the rest of Iraq and is particularly invested in the fate of the Turkmen community. Fourth, unintended consequences of the breakup of Iraq promise a whole new set of complications that would threaten Turkey’s border security and might weaken its current influence in northern Iraq.

Turkey has enjoyed strong ties with the KRG leadership but it does not want to be the enabler of a breakup of Iraq. Turkey spent a lot of energy during the tenure of the former Iraqi Prime Minister Nuri al-Maliki to ensure Sunni inclusion in the Iraqi political system. In an environment where the Sunnis have virtually no say in the future of Iraq, Turkey would not want to contribute to their further alienation by midwifing an independent Iraqi Kurdistan. If the referendum leads to a new era of ethnic conflict, Turkey’s security and economic interests would be negatively, potentially empowering the PKK.

In many ways, the independence referendum has placed the horse before the cart, so to speak. There was already a referendum in 2005 with an overwhelming support for independence. Repeating a referendum with predictably similar results only indicates an effort to strengthen Barzani’s hand politically rather than a step in achieving “self-determination.” While the votes are yet to be tallied, Barzani has officially claimed victory in the referendum vote – an expected repeat of the 2005 referendum result. Yet, it is not entirely clear if this result will actually empower the KRG’s hand, as the Baghdad government has already ruled out negotiations labeling the referendum “illegal.”

The KRG President Barzani has called for negotiations with Baghdad for independence, however, the potential punitive measures and political alienation by Turkey and Iran may weaken the KRG’s hand in forcing such negotiations. In fact, Iran has already closed its border shared with northern Iraq and Turkey is mulling whether to close the border. The KRG’s referendum bid was clearly to prop up Barzani’s position against rival Kurdish parties who have been calling for a new presidential election. Having gone forward without the agreement and patronage of two neighboring powers, Iran and Turkey, the KRG has risked political isolation, not to mention potential for conflict.

Ever since the invasion of Iraq by the U.S., Iraq has gone through periods of crises and chaos with short periods of only “relative” calm. It is currently in a highly fragile state and the breakup of the country through the establishment of an independent Iraqi Kurdistan would probably lead to yet another round of conflict in Iraq’s never-ending civil war. In the absence of any international backing and legitimacy, the KRG leaders will need to think long and hard before declaring independence.