Lessons must be taken from the mistakes of the past, and from the impact of the headscarf ban, which resulted in the ‘othering’ of a large segment of Turkey’s women. Moreover, it should not be forgotten that the greatest discriminatory practice on February 28th was the legitimizing of a “modern” understanding of women in Turkey, which was in fact, entirely illiberal. 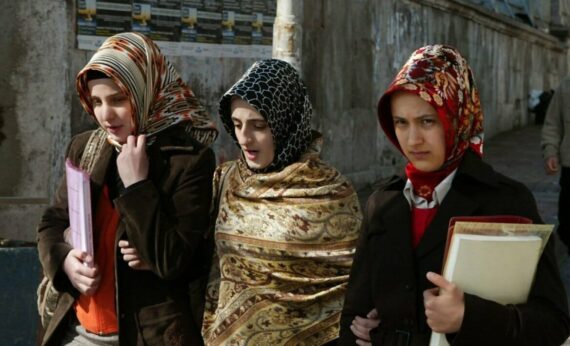 Much research has been produced related to the 28 February, 1997 coup, on what happened, what caused it, and the economic and political results. The decisions of the National Security Council forced Prime Minister Necmettin Erbakan to resign despite the national will, and the government was suspended and put under the custody of the army, and the judiciary, bureaucracy, and business world put in the hands of politicians supporting the coup. Despite all these unfair actions, the symbol of 28 February came to be the head-scarf ban and the prosecutions undertaken to enforce it.

In particular, the head-scarf ban is an issue which has been mentioned and discussed by all categories of society. After countless panel discussions, demonstrations, and legal cases, the ban was finally completely lifted in October, 2013. That is to say, this ban remained in force from 1997 to 2013, or a total of 16 years. With compulsory education being 12 years long, and undergraduate education being 4 years long, that 16 year period encompassed a whole generation’s basic and undergraduate education, and impacted their prospects for employment as well. Furthermore, new age groups have entered in this system during the 16 years. In other words, because of the 1997 coup, women who sought to wear the headscarf were excluded from an education entirely.

There is no comprehensive qualitative and quantitative data about women who suffered under the head-scarf ban, on how many left their education, or completed education by obeying the ban, only to go on and not be able to find a job because they wanted to don the headscarf. We do not have any idea how the head-scarf ban has affected the participation of women in democracy, especially women with a weak socio-economic status. So when the participation of women in education, employment, and managerial positions is examined, we tend to automatically overlook the impact of the 28 February coup.

The Role of February 28 on Social Gender Equality

Women’s appearance in education, training and working life became more pronounced in the years since 1990. The main cause of this was families in low and middle income groups supporting girls to put them through school. When taking into consideration the statistics of higher education, we can see the substantial difference between the number of schooled girls between 1980 and 1990, and 1990-2000.

The dramatic increase in women’s enrollment in higher education has, however, not been mirrored when it comes to employment in Turkey. The latest Human Development Index Report published by the United Nations Development Program includes a social gender inequality index, determined by the dimensions of women’s reproductive health, women’s recruitment, and economic activities. The dimension of women’s recruitment is measured by the numbers of women in general assembly and continuation of women to secondary school and higher education. In 2014, Turkey was ranked as 71st among 155 countries, with a 0.359 grade. On the other hand, the ratio of women who at least have secondary education is 39%, while the same ratio among men is 60%. Additionally, the number of women parliament members was 80 in 2017, so the ratio of female members in parliament was only 14%.

When we analyze the causes of this situation, generally we can see the situation to be derived from religious sensibilities and traditional practices, which are believed to encourage the exclusion of women from economic and social life. But that is not the only explanation. The preference long given to “modern women” in Turkey, meaning those who do not, for example, wear a headscarf, has also built up a powerful barrier which prevents the participation of religiously observant women in education, employment and management. But, this fact is ignored.

So, on this year’s International Women’s Day, we face the situation, as in previous years, where the image of “modern women” is brought forward and as before, the religious principles or traditional life might be blamed as the main cause of women being treated as second class citizens. Yet, this behavior causes unfair approaches for women, so Turkey’s women find themselves in a vicious cycle of resentment and unequal treatment. In spite of the fact that many women were treated unfairly between 1997 and 2013, the discriminatory attitudes of women towards other women is not discussed. Furthermore, their attitudes have continued to intensify.

According to November 2016 data of Turkish Statistical Institute on Labor Force, it seems that the labor force participation of women in Turkey is only 32.7%; and the overall employment rate is 27.5%. Women’s participation in business life as well as education are among the foundations for a country’s economic and social development. However, in the criticism of the low employment rates for women in Turkey, the effect of the 1997 coup is completely ignored. There are neither qualitative nor quantitative data on women who were forced to leave school after 1997.

Studies on how many women are prevented from studying, whether they entered into business life, or ended their careers very limited. We do not know what kind of impact the ban had on the economic and social participation of women who were already weak in terms of socio-economic status. This must be compared with the situation for women with a strong socio-economic background, many of whom were able to continue studying by going abroad, or establishing their own businesses, after the 1997 headscarf ban. Even now, in criticism of the education and employment rates of women in Turkey, the loss of human capital caused by the February 28th coup is not mentioned. Although, the February 28th ban imposed systematic discrimination against women, this coup’s sin and its sinners are ignored in analysis of social gender inequality.

Therefore, in order for women to overcome inequality in social life and to guarantee justice among the sexes, practices should be encouraged to ensure equality between women and men, not just among men only. Lessons must be taken from the mistakes of the past, and from the impact of the headscarf ban, which resulted in the ‘othering’ of a large segment of Turkey’s women. Moreover, it should not be forgotten that the greatest discriminatory practice on February 28th was the legitimizing of a “modern” understanding of women in Turkey, which was in fact, entirely illiberal.