Peter Dauvergne showcases the challenges that activists face in their fight against the creeping normalization of facial recognition technology. 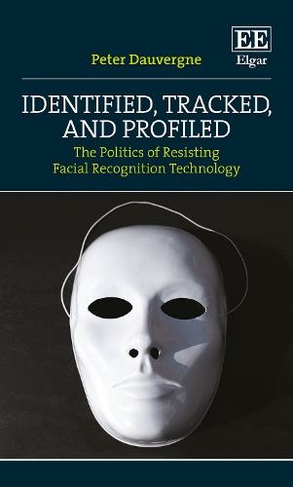 The market for facial recognition technology (FRT) is rapidly growing as automation continues to take the place of human capabilities. How widespread is the adoption of FRT? How is FRT utilized? What threats does FRT pose to privacy rights and civil liberties? How does FRT affect human rights? How far is too far? Today, FRT can recognize not just the identity of a person, but also decipher their psychology through analysis of their facial expressions. Increasingly, experts and activists voice concerns over methods of data collection, the exploitation of its use, and what ethical issues may arise from the adoption of such technology.

Identified, Tracked, and Profiled offers a critical examination of both the uses and issues that FRT poses while providing an analysis of its global market. Moving beyond FRT as a tool and the rising global demand, Peter Dauvergne shines a light on the anti-FRT movement. He provides information acquired through interviews with expert analysts and activists to provide an insight into the influence of the movement in different parts of the world, including Western democracies, developing countries, and autocratic regimes.

Read: Five Books on How Artificial Intelligence Is Transforming the Conduct of War

There are indeed many that are full of indignation towards the issues raised by the use of FRT, and Identified, Tracked and Profiled highlights their efforts and addresses how some corporate and state supporters are responding to the backlash.

Recognizing FRT as a source of power, and, therefore, a highly sought out commodity by powerful ruling actors and state-firm alliances, Identified, Tracked, and Profiled showcases the unequal capacity and challenges that activists face in their fight against the creeping normalization of FRT. Yet, it also attempts to show that these movements are not entirely powerless against this development by highlighting the importance of political culture and cooperation within social movements.

In Part I, Dauvergne first introduces FRT and then proceeds to approach resisting the normalization of FRT. He lays out examples, in a penetrating frame, of where and how facial recognition is used that, in turn, provoke the reader to consider the extent of its harms when it is wrongfully used for policing and surveilling, such as monitoring the forced labor of Uyghur workers in the Xinjiang province of China, publicly shaming residents that commit petty jaywalking offenses, or prejudicially profiling an individual.

Part II, entitled “Reigning in Facial Recognition Technology,” delves into the politics and activism opposing the technology. Here, Dauvergne discusses the anti-FRT movement and the rising global opposition to FRT, as well as facial recognition regulations and bans in the United States.

Read: The Trillion Dollar Silencer: Why There Is So Little Anti-War Protest in the United States

Constituting an important element in understanding and dealing with FRT, the global political economy of facial recognition is thoroughly dissected in Part III. Here, the author examines the corporate politics of FRT and the dynamics that are causing its globalization. With China being at the forefront of the utilization of FRT, Dauvergne dedicates a chapter into the everyday politics of FRT in China.

Part IV concludes with Dauvergne’s remarks about the future of FRT in terms of its stance against the growing size, power, and scope of its opposition.

In a timely exploration of the forces for and against FRT, Identified, Tracked, and Profiled is a worthwhile read for those who are interested in civil society activism to prevent the globalization and normalization of new technologies, and students, scholars, and policymakers who are searching for a broad reflection on the power of transnational social movements of resistance towards new technologies.

Interested readers who wish to take a look at Identified, Tracked, and Profiled may do so online for free through Elgaronline.com, as the book is open access.