Zarif’s resignation showed that there is a complex balance between Iran’s conservatives and the reformist-moderate camp and a government crisis is what Iran needs the least. 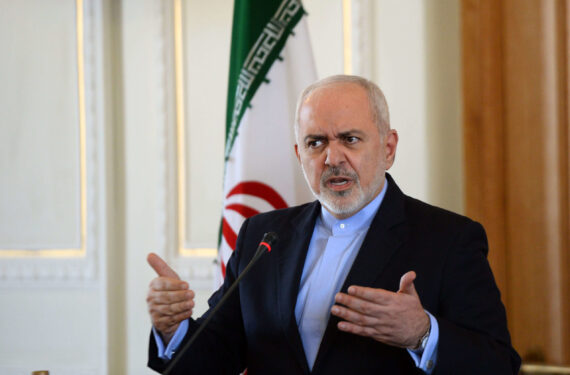 In the middle of a number of major uncertainties regarding Iran’s foreign relations, foreign minister Javad Zarif made a sudden resignation decision on February 25. The decision came at the day of Beshar al-Assad’s surprise visit to Tehran, where he met the Supreme Leader Ali Khamenei and President Hassan Rouhani. The visit was organized by Qassem Soleimani, the commander of Iran’s Revolutionary Guards’ elite Quds Force, and Zarif was indignant about having been excluded from the high-level meetings where Soleimani was present: “The ministry of foreign affairs did not have information at any level (about the trip) and this lack of information was maintained until the end of the trip,” said Bahram Qassemi, foreign ministry spokesman. The decision was made, Zarif wrote on his midnight Instagram post, “to defend the integrity” of the ministry.

President Rouhani rejected the resignation almost forthwith and stated that “as the Supreme Leader has described you a ‘trustworthy, brave and religious’ person in the forefront of resistance against widespread US pressures, I consider accepting your resignation against national interests and reject it.” Consequently, Zarif participated in the welcoming ceremony of the Armenian Prime Minister Nikol Pashinyan on February 27. Being under fire from all sides, particularly the hardliners, is not a novelty for Zarif. Also, the presidency’s failure to notify him about the trip should not be the only motivation for the resignation since, according to some reports, even Rouhani was not properly informed about it in advance. So, in all likelihood, tension is on the rise in factional struggles in Tehran and the crisis is, at the best, delayed only to haunt Iran in the coming months too. In any case, the brief arm-wrestling in Tehran brought to the light, once again, two main facts.

First, it is no secret that the fragmented nature of Iran’s power structure has been increasingly going beyond the basic constitutional limits in favor of the Supreme Leadership Office (bayt -e rahbari) and at the expense of the executive branch currently controlled by Rouhani. The crucial point here is that unlike the past years, is it not entirely about Khamenei’s personality anymore. To the contrary, a sort of a post-Khamenei power struggle is underway among Iranian political and military elites, while he is still alive. For the Revolutionary Guards, institutionalizing the defacto powers they have been building for almost three decades is a vital issue. They are sensitive in maintaining their grip over the country’s foreign policy, particularly on the Middle East and Iran’s neighbors, and its economy in the post-Khamenei period too. They spend every effort to make sure that Khamenei’s successor is a similar figure with an identical political mind while others, most notably reformists, call for change.

Tension is on the rise in factional struggles in Tehran and the crisis is, at the best, delayed only to haunt Iran is the coming months.

Second, Iran’s conservatives, including the hardliners, grasp the seriousness of the U.S. effort to pressurize their country. Ali Akbar Valayati, chief foreign policy advisor to Khamenei, and Soleimani, are certainly key actors in Iran’s foreign policy but they lack the means and the credibility to find audience especially in the West. This is exactly what Zarif, who has become a globally familiar face for the last six years, does the best. Zarif is a fluent English speaker who knows American society, and much so that during the negotiations over the nuclear deal, his hardline adversaries in Tehran called him “Zarif the American.” But there is more to the man. Zarif owns substantial credibility in Western circles as the former Ambassador and Permanent Representative of Iran to the UN between 2002 and 2007 and the country’s current FM and became known for his “smiling diplomacy.”

Iranian officials insist that the resignation crisis should not be exaggerated and that the tension is over. Although such political tensions are, in fact, almost a universal phenomenon, Zarif’s reaction against the power struggle in Iran cannot be underestimated either. And here is why. It is obvious that if Zarif’s resignation was accepted, many of his like-minded colleagues, including some of his ministry’s high-ranking employees and a number of ambassadors, would follow suit to spark a real crisis in Tehran. Besides, although unlike his predecessor Barrack Obama, President Trump would, in all probability, prefer to negotiate with Iran’s hardliners, as this runs against Iran’s national interests for three reasons.

If Zarif’s resignation was accepted, many of his like-minded colleagues, including some of his ministry’s high-ranking employees and a number of ambassadors, would follow suit to spark a real crisis in Tehran.

First, the international community, at least in the West, is more receptive towards the rhetoric and the attitude of Iran’s reformists and moderates – as shown in the transition from former President Ahmadinejad to Rouhani. Second, Iran’s hardliners may not in fact be so hard in their foreign policy calculations as long as they stay as the real and supervising power behind the curtain and do not lose their honor, or abru, or take the actual risk. Iran’s fragmented power structure, one can say, was most instrumental in playing this good-cop bad-cop game over the last four decades. The international community is used to it too. A less credible successor to Zarif could cost Iran at least some of its European allies. Third, despite the everlasting tension among different political factions in Tehran, Iran has, since the American invasion of Afghanistan in 2001, built a carefully-architectured, and notably fragile, foreign policy strategy over the regions most critical for its national security. This strategic equation has many layers and all sides, conservatives and reformists alike, play their own roles in it. Although Zarif is only one part of the equation, Iran’s strategy is currently under increasing challenge, especially by the U.S. and its Middle Eastern allies, and he is still a critical actor.

Al-Assad’s Tehran visit, which was followed by the Israeli Prime Minister Netanyahu’s Moscow visit two days later, is a clear sign of deteriorating relations between Iran and Russia. Iran is critical of Russia’s engagement with Israel over Syria, while Russia believes that the Syrian crisis cannot be ended, and Syria’s reconstruction cannot start with Iran’s extensive presence in the country. Also, the unilateral U.S. sanctions hurt Iran’s economy badly and the U.S. is determined to further isolate Iran regionally and globally. Moreover, Europe has so far failed to step in to remedy the consequences of U.S. policy towards Iran. According to the last reports, trade volume between Iran and China, one of Iran’s key economic partners, is in visible decline. Zarif’s resignation showed that there is a complex balance between Iran’s conservatives and the reformist-moderate camp and a government crisis is what Iran needs the least.