The claim that radicalization is a religion-based phenomenon is not only incomplete but also it hinders recognizing the dangerous face of ethnicity-based radicalization. 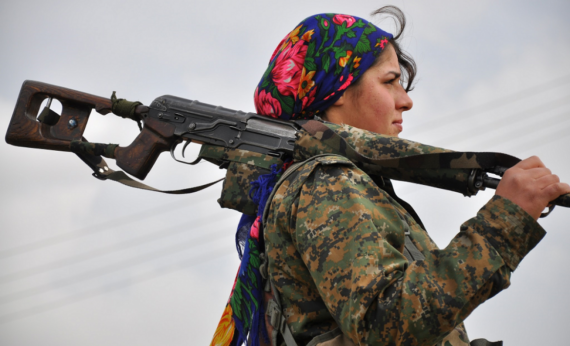 Radicalism into violent extremism (RVE) has been one of the challenging issues of the international community for some time. On the one hand, a global scale discussion already continues at different levels, particularly in the United Nations (UN), about the most suitable strategy for the fight against radicalization; on the other hand, states individually develop strategies to fight against RVE.The strategies are based on a common approach that narrows the issue of radicalization to religious radicalization as a whole. In other words, religion is approached as an object of reference providing the basis for violent extremism while motivational and magnetizing reasons behind radicalization are investigated.At the core of such an understanding of radicalization lies an analytical fiction that mostly involves Islam. Such a determination encourages a selective practice in which any fight against radicalization should focus only on specific targets.

Of primary concern, here, is that acts of violence accelerated by the Arab Spring in the Middle East are subjected to a selective reading in which they are crystallized through DAESH, which helps radicalization to sink in as a religion-based phenomenon only.

Another attribute that defines secular radicalization is represented in its use of ‘(anti) religious discourse/narrative’ as an active method of ‘otherization’.

Radicalization, which conceptually embraces violence, is defined as the act of executing or supporting violence to aim for permanent changes in a society by way of posing a threat to and conflicting the existing order. In this case, it would not be an exaggeration to state that the PKK is a surrogate actor of secular radicalization in the Middle East and performs its act even to include ‘cross-border’ violence.

The youth are the subjects of the PKK-based secular ethnic radicalization. This is a strategy to carry violence into the daily life of society, which has been recently introduced and principally steered by the PKK and delegated to the civil militant radical youth wing of the PKK, known as Protection/Defense Units (Yekîneyên Parastina Sivîl‎, YPS), [an umbrella organization of the Patriotic Revolutionary Youth Movement (Tevgera Ciwanen Welatparêz Yên Şoreşger in Kurdish‎, YDG-H)].

As the foundational motivation behind the above armed use of violence is ethnic extremism based on ethnicity, the next motivation for it is that this extremism has a secular nature. Ethnic radicalization, driven by secular motivations and surrogated by the PKK, manifests in the youth in three different ways: ideology plays the foremost role in radicalization of the individual, whereby cognitive factors remain at the forefront; then, environmental and relational factors propel radicalization to evolve into armed violence. In the PKK-centered radicalization, these three factors prevail simultaneously.

A YPS member is a radical at the cognitive level who sees political and social change as the last resort for solution, and prefers armed struggle. Such a fundamentalist desire, before all else, originates from the structural and ideological frame of the social and political environment in which s/he lives. The ‘Liberation of Kurds and Kurdistan’ is the main narrative that leads to individual radicalization, the main frame of which is constituted by the militant Pan-Kurdish ideology.The above meta-narrative aspires to ultimately eradicate authority and install the understanding of territorial sovereignty and a new secular Kurdish political identity, instead. This narrative, at the same time, argues that acts of violence are requisite to ‘constitute justice and the law of Kurds’ via military methods against authority.

WorldBy Belkıs Kılıckaya
YPS militia have developed a reaction against the state, public and social discipline owing to a systematic bombardment of propaganda for separation in an environment of decades-long conflict, and have come to believe that they cannot possess or control their own region. An image of an active enemy is perpetually passed around to consolidate such a belief.One of the basic relational processes triggering the radicalization of YPS members is, for a start, social network mechanisms, which develop over time with the influence of various processes such as group-wide interaction, peer solidarity and indoctrination.

The youth are the subjects of the PKK-based secular ethnic radicalization.

In this context, the radicalization of a YPS member depends on his/her improvement of identity, preferences and perception through informal and horizontal networks bottom-up, or changing them with the help of individuals and ideologies with which s/he is usually previously acquainted.

Radicalization, here, to a large extent, may be based on formal, or top-down, strict organization, as well as being experienced through relatives and new and old friends in local groups of friends who act freely or independently.

These networks are venues where personal and political spheres overlap. Formal and semi-formal networks that expand through neighborhood councils, education associations, courses, bookstores, etc., not only arbitrate a collective ethnic identity but also amalgamate armed activism – motivated by politics and violence – with personal choices, and carve out a kind of idiosyncratic dissenter sub-identity, making room for mutual solidarity and alternative lifestyles.

A dramatic change in environmental conditions is the key factor escalating armed violence through incorporation of cognitive and relational levels.

The environmental level, subjugating survival of an ethnic movement to direct use of violence, adopts a strategy that normalizes the use of extreme violence. The PKK’s perspective, here, always advertises the argument that ‘the ethnic movement is targeted as a whole’ in relation to the regional-scale fracture caused by the Syrian crisis.

Thus, ethnic identity will be consolidated through a repetitive discourse that ‘an ethnic movement dissociating itself from violence-driven struggle will face an existential survival problem’.

For the PKK, a secular ethnic Kurdish political identity sits at one center and a radical anti-religious discourse at the other center of this feud.

In this sense, the geopolitical change due to the Syrian crisis has had more striking impacts on the PKK. The most distinctive character of this change is a rapid fracture in the homogenous and totalitarian character of modern sovereign nation-states due to the emergence of sub-state ethnic and sectarian groups.

Such a fracture has accelerated the transformation of ethnic and sectarian groups into new armed actors and led to the settlement of a new practice of animosity, legitimizing violence. For the PKK, a secular ethnic Kurdish political identity sits at one center and a radical anti-religious discourse at the other center of this feud. Therefore, radicalization arises in a political and military domain created by the cooperation of the two centers. Another dimension of these environmental factors is the domestic political rivalry.

The political rivalry between the ruling Justice and Development Party (AK Party) and the pro-PKK Peoples’ Democratic Party (HDP), led to the AK Party gradually losing its constituents to the HDP in some regions. Therefore, the PKK had an opportunity to permeate into a broader social sphere and achieve an ethnic mobilization in the political sphere. The political rivalry in Turkey has been joined by the regional conflict between DAESH and the PKK, including its splinters such as PYD and YPG, taking it to a military dimension that has facilitated the PKK to carry armed ethnic extremism into Turkey.

In particular, the image of DAESH has been made both domestically and regionally by the PKK into an anti-Turkey strategic discourse, thereby marginalizing the anti-PKK discourses.

What is marginalized, here, is religion on account of DAESH in particular, as secular ethnic political identities are consolidated. For instance, the use of ‘female militants’ by the PKK in the region is not only a strategic choice but also an intervention underlining the organization’s secular character.

The use of ‘female militants’ by the PKK in the region is not only a strategic choice but also an intervention underlining the organization’s secular character.

At this point, a meta-narrative is put into words that violence for liberation is legitimate along with the efforts to inculcate the understanding that authority is illegitimate. The most striking example of this is an often-voiced idea that the organization only targets the state and security forces by armed attacks and bombings.

The meta-narrative behind this idea is the liberation of the Kurdish political identity and of the territory to materialize it. Other radical discourses (e.g. armed leftist organizations and radical leftist movements), as a whole, join the violence not through ethnic motivations but at discursive level, and this further institutionalizes radicalization. The civil society takes the lead in the institutionalization of this language.

In conclusion, the claim that ‘radicalization is solely a religion-based phenomenon’ is not only incomplete but also makes it more difficult to recognize the dangerous nature of ethnicity-based radicalization (as in the case of the PKK).