The Sense of Betrayal in Turkish Society after the Coup Attempt

Turkey was only a step toward a broader goal; the organization will certainly continue to disseminate and realize its messianic purpose from East to West. FETO should be considered a global threat to the democratic world order. 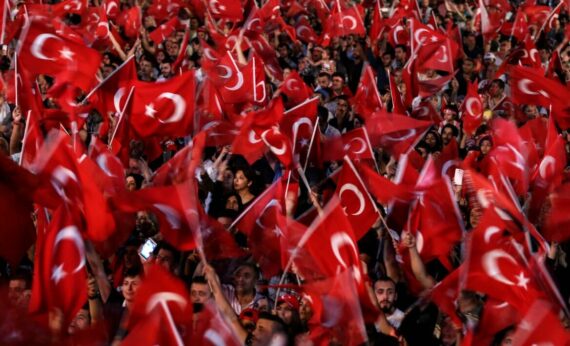 Following the failed coup attempt of July 15, established ideological dichotomies in Turkish society, such as secularist/anti-secularist, leftist/rightist, conservative/progressive or Erdoğanist/anti-Erdoğanist, have started to dissolve rapidly. Many people from different social backgrounds have begun more loudly to voice their discontent with the evil characteristics of the Gülenists, who for many years disguised and introduced themselves with false identification in society. Due to their unreliability and the ever-present inconsistency between their expressed attitudes and actual behaviors, members of the Gülenist Terror Organization (FETO) are seen as an actual threat to national unity. Many people deem the Gülenists to be “liars” and consider them to be “spies”. This common feeling, which is observable in many social and ideological groups, will apparently bring about the psychological exclusion of Gülenists from society in a short period of time.

NewsBy Büşra Toprak
The psychological impact of the coup attempt has created a strong sense of betrayal in Turkish society, leading to the formation of a new sociological base. There were already disgruntlements among an extensive number of people over the Gülenists’ chronic double-dealings, their messianic culture, and their ambivalent discourse inconsistently and awkwardly juxtapose religious and secular values insincerely for pragmatic reasons. After the coup attempt, a sense of betrayal emerged against Gülenists, who, in fact, were never expected to resort to military power and to use it against civilians. Until the bloody coup attempt, Gülenists occupying governmental posts were accused of disobeying state authority by forming a parallel structure within the state and solely looking after the group’s own interests. With the coup attempt, however, they went one step further and targeted the state itself with the purpose of becoming rulers of the country. They aimed to reconstruct the state in accordance with their own vision by using every, including deadly, means possible, which is unpardonable to any Turkish citizen.President Erdoğan, making an analogy between chameleons and FETO members one week after July 15, came to the conclusion that chameleons would feel insulted by this comparison. Erdoğan declared that FETO members pathetically change their ideology, discourse, and ideas according to every political conjuncture. Today, many people in Turkey agree that Gülenists have no fair religious, national or universal agenda, except their own ends that justify all means in any given context. The unreliable and unrespectable characters of Gülenists constitute the main motive behind their exclusion from society.Another reason behind the sense of betrayal in Turkish society is the well-known charitable activities of Gülenists, who had been identified generally with their non-profitable organizations. Their primary agenda was presented as public education, for which they applied a variety of methods to reach different socio-economic classes of society. They organized several educational programs targeting not specifically one social group, but differing groups according to economic income, occupation, and family background etc. However, people realized that their sole purpose was indoctrination. They organized social aid gatherings for housewives and political discussions for academics and journalists. For different social groups, they utilized different discourses. Additionally, Gülenists were generally known for their dedication to the group’s ideals such as devoting their lives to hard work for little money. Teachers working at FETO schools, in addition to earning little, further denoted a fixed portion of their salary to the organization. Religious and universal values stood at the core, appealing to all social groups in Turkey.

Many had supposed that Gülenists were good people and that their activities would help society for the better. A good example is Bülent Ecevit, a former prime minister of Turkey and known to be a strong advocate of the Kemalist leftist political ideology. Ecevit supported the Gülen Movement by saying that Fetullah Gülen was the representative of moderate Islam vis-à-vis political Islam. However, with the uncovering of the secret agenda of the Gülenists and its messianic discourse, both concealed by the avowal of universal moral values, many people realized the terrible mistake they had made, which caused a strong sense of betrayal. Since the coup attempt, people in Turkey have fully grasped the fact that the Gülenists’ real intention was to take control of the state. Fetullah Gülen, the FETO leader, taught his disciples to obey all rules without question and to wait for the right time to seize power. It seems that the Gülenists sacrificed their lives to reach the promised day, to which they had dedicated their entire lives.

Although Turkish politics is passing through turbulent times, one can safely argue that the decades-old discourses and highly problematic hypocritical approaches of Gülenists have lost all plausibility. Moreover, the Gülenists have lost their legitimacy and credibility within society. A recent study shows that eighty-one per cent of Turkish citizens support Gülen’s extradition to Turkey and a subsequent trial. Many believe that the Gülenists’ will to seize power will not stop here and that they may seek to regroup in other countries in order to redesign their domestic politics. The foreign minister of Turkey, Mevlüt Çavuşoğlu, has already pointed out such a threat for some of the Turkic countries in which FETO has been established for decades, as in Turkey. As Gülenists attempt to turn Turkey from democratic to military rule, it is probable that they will try to apply similar methods to other countries in the near future. On the bloody night of July 15, Turkish people acknowledged that Fetullah Gülen and his followers pose a global threat since they did not hesitate to use heavy weapons against civilians when they tried to seize power.

FETO has lost all legitimacy in the eyes of Turkish society and, as a side effect, has united Turkish citizens from all ideological backgrounds and worldviews. Turkish citizens survived by defending their democracy against this religio-military attack. For Gülen, it seems that Turkey was only a step toward a broader goal; the organization will certainly continue to disseminate and realize its messianic purpose from East to West. The FETO leader should be considered not only a religious fanatic and fundamentalist in his own country but also a danger to the democratic world order.