The Threat of DAESH Sleeper Cells and How to Contain It

After the recent death of senior Daesh operative Abdurakhmon Uzbeki as a result of a US Special Forces raid in Mayadin, in eastern Syrian near Deir ez Zor, the complexity of the threat exposed by Daesh towards Turkey, has once again been proven. A US military statement acknowledged that Uzbeki was the “facilitator” of the Reina Nightclub attack on New Year’s Eve. 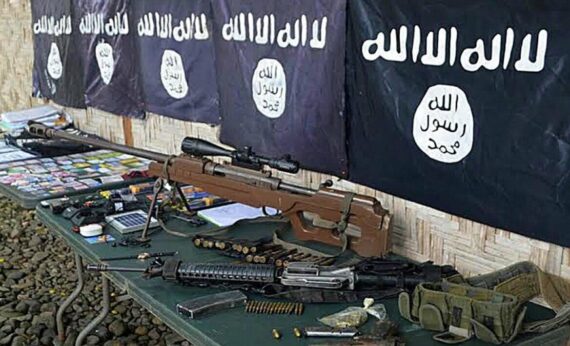 After the recent death of senior Daesh operative Abdurakhmon Uzbeki as a result of a US Special Forces raid in Mayadin, in eastern Syrian near Deir ez Zor, the complexity of the threat exposed by Daesh towards Turkey, has once again been proven. A US military statement acknowledged that Uzbeki was the “facilitator” of the Reina Nightclub attack on New Year’s Eve. Furthermore, he was a “close associate” of Abu Bakr al-Baghdadi, the self-proclaimed “Caliph” of the terror group and he had a “key role” in the coordination of external terror plots and the movements of foreign fighters as well as organizational funding activities.

Involvement of such a high-profile operative in an attack on Turkey implies that Daesh operations in Turkey have a firm chain of command directed from the headquarters in Syria or Iraq. Leadership decapitation, generally, has great contributing effects over the dissolution of terrorist organizations, however, Daesh has been known as a group which endures this type of damage because of its strategic flexibility. The rejuvenation of the leadership cadre would maintain the danger that Daesh will be able to pose in its external military operations, meaning that leadership coordinated and sleeper-cell supported Daesh attacks may still be a great danger for Turkey’s national security, stability, and social harmony, as was the case with the Reina attack. Therefore containment of that sleeper cell threat is the most pressing national security issue that must be resolved before it becomes too late.

The Threat after Losing Territorial Control

Sleeper cells committed to Daesh would be the most significant threat in the aftermath of a Daesh defeat in Iraq and Syria. They have already proved how real that danger is by carrying out surprising and shocking attacks in the eastern parts of Mosul where Iraqi forces thought that Daesh elements were cleared. A similar incident occurred in Kirkuk in October 2016, when hidden Daesh militants equipped with sniper rifles, machine guns, and suicide vests launched a very surprising attack on the city.

Operation Euphrates Shield has ensured that no Daesh militant will be able to slip across the Turkish border into the country. The extraordinarily long period of time without a Daesh attack in Turkey between August 20 and January 1 has demonstrated the group’s ability to launch attacks has been diminished by the much stronger security along the Turkish-Syrian border, preventing militants and weapons from slipping across to Turkey. But the neutralization of Daesh activities along the border, inextricably, increased the significance of sleeper cells for the terrorist group.

Sleeper cells are different from hit squads, which infiltrate the target country shortly before launching the attack. A sleeper cell, however is well-placed and integrated into the social fabric. A Sleeper cell consists of a small group of militants who maintain their lives in ordinary ways, and seems legitimate in order not to be detected, and lay in wait for appropriate circumstances to take action in order to result in the best outcome from the attack. For instance, Turkish police operations after the Reina attack revealed that the members of the uncovered cells were posing as doctors, business men, dentists, or artisans.

A sleeper cell may be an autonomous structure, however, they take action in response to incoming orders, most of the time. Members of sleeper cells, generally, have no ties to each other, and are unknown to other cells in the country, in the case that if all militants in one cell were arrested, a militant does not transform into an informant.

The Reina Nightclub attack was carried out by a sleeper cell-supported professionally trained Daesh foreign fighter staying in Turkey for about a year, rather than highly mobilized hit squads who pass into Turkey from Syria shortly before carrying out the attack, as was the cases for most of the previous Daesh attacks in Turkey. It is remarkable that Abdulgadir Masharipov has taken a wide range of support from sleeper cells based in Konya, Izmir, and Istanbul when planning and conducting the attack. Therefore, the nightclub attack was a definite Daesh operational shift with strategic national security implications and more importantly it could represent the specific pattern of future attacks in the country.

The Character of the Threat and Turkey’s Counter-terrorism Efforts

Daesh sleeper cell members in Turkey seem to have varying backgrounds in terms of both nationality, and of organizational status. The geographical proximity of Turkey to the inner circle of Daesh, the region encompassing both Syria and Iraq, caused this diversification. That situation, simply, exacerbated the threat by mixing all types of elements of Daesh. These cells include group leaders, veteran fighters, as well as Turkish recruits.

Group leaders are generally responsible for the coordination of these sleeper cells according to the directives coming from the headquarters, and veteran fighters are battle-hardened militants who are the potential perpetrators of future attacks, while Turkish recruits facilitate the operation with their local knowledge for the creation of appropriate conditions in order to carry out the attack. Although it is not possible to identify a certain type of sleeper cell profile in Turkey because of the lack of concrete evidence, it is safe to claim that most of them comprise of Syrians and Iraqis. However, it is also a noticeable trend that groups from the Caucasus and Central Asia have increasingly been targeted by police operations in the country.

Turkey’s security operations against Daesh in the homeland have been a major component of the counter-terrorism strategy in the country. Especially after the Reina attack, the intensity and scale of the operations have skyrocketed. Many leaders were captured and imprisoned while lots of terrorist cells were uncovered. However, it is no doubt that the terrorist group still has a significant capacity to strike Turkey and the sleeper cells would possibly be the most vital instrument for doing that.

In order for Turkey to meet this volatile threat, some crucial steps may be implemented or intensified. Closely tracking the movements of militants and weapons, tracing the communication between group members, cutting off cash flows, and obtaining intelligence from arrested militants are the measures that have already been implemented by the national intelligence agencies and security forces. These measures may simply be boosted and widened.

In the past, it was seen that rapid collection of intelligence, increasing readiness among police forces, and the execution of joint special operations have ensured effective results against the terrorist cells in the country. Furthermore, raising awareness among Turkish society would have a great impact on counter-terrorism efforts by building social resilience, especially in the longer-term. It is already seen that several police raids have been conducted recently thanks to the information and intelligence obtained. Thus, the maintenance and broadening of the current policies and developing awareness among society would no doubt constitute a significant aspect of containing the possible Daesh sleeper cells in the country.