The Turkish Lira against the US Dollar

Many in Turkey and around the world got shocked as the Turkish Lira depreciated tremendously against the U.S. dollar in the last few days. 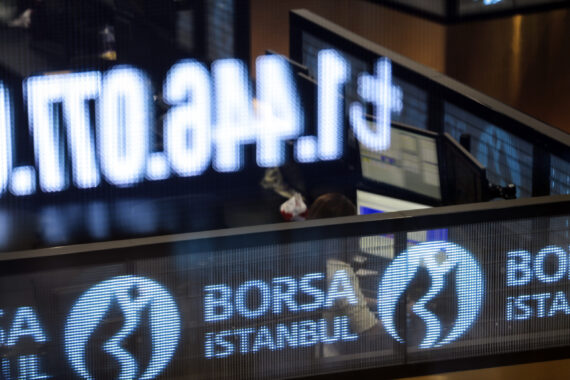 Many in Turkey and around the world got shocked as the Turkish Lira depreciated tremendously against the U.S. dollar in the last few days. It goes without saying that this sharp depreciation has nothing to do with economic fundamentals in any sense. This is irrationality and hysteria in action. And for many, it is utterly political as well, as the U.S. president Donald Trump has made it very clear in a tweet that reads “I have just authorized a doubling of Tariffs on Steel and Aluminum with respect to Turkey as their currency, the Turkish Lira, slides rapidly downward against our very strong Dollar! Aluminum will now be 20% and Steel 50%. Our relations with Turkey are not good at this time!” [Italics added by me] So, it looks like the hegemonic power of the world, the U.S., is going rogue “financially” against its so-called ally, Turkey.

Turkey has undergone five major financial attacks in the last two years. First in November 2016, second in January 2017, third in October-November 2017, fourth in May 2018. This is the last and by far the biggest one. The first three financial attacks, however intense were they, pale significantly in comparison to the last two. And the last one we are witnessing nowadays is an outlier still, in which the Turkish Lira lost its value by around 40 percent within the space of a couple of days.

Such a dramatic devaluation necessitates equivalently dramatic economic reasons if we are to adhere to an economic explanation. Yet there is none. As an economist, it is really difficult for me to try to understand and “analyze” what is going on economically. I wrote several articles both in English and in Turkish for the past two years regarding this very same subject and tried to show that these financial speculations, or “financial attacks” have their roots not in economics but in politics for the most part.

To reiterate briefly, although the Turkish economy has its own weaknesses such as a high current account deficit, as other countries have their own, the Turkish economy looks quite healthy. In addition, external debt to GDP ratio is 53 percent as of 2017. Public debt to GDP ratio, on the other hand, is only 28 percent. This ratio is one of the lowest in the whole world. Moreover, the Turkish financial system is quite healthy with a 16.3 percent of capital adequacy ratio. This holds for non-financial firms too. Short-term foreign exchange liabilities of non-financial firms in Turkey is lower than their short-term financial assets.

I should add that in the last quarter, the Turkish economy fared considerably well, too. The average economic growth rate for the last five quarters is 7.4 percent in Turkey. In addition, the unemployment rate, though relatively high, decreased by more than one percentage point to 9.6 percent in the last year.

Further, no macroeconomic indicator of Turkey went sour in the aforementioned period. Yet Turkey has now been suffering a very dramatic devaluation.

It is apparent for most people in Turkey that the U.S. has been exerting its financial influence on Turkey in order to promote its political aims regarding Turkey. And this is not the first time the U.S. is doing this. Take Chile in the 1970s. From 1970 to 1973, the U.S. strived hard to overthrow the democratically elected President Salvador Allende. As a small part of this endeavor, which is named Project FUBELT, the then President Nixon ordered the CIA to “make the [Chilean] economy scream” in 1970 in an effort to destabilize the country.

Note that these points are not speculations, but declassified facts as Collin Powell, the then U.S. Secretary of State, expressed in 2003 that “with respect to (…) Chile in the 1970s and what happened with Mr. Allende, it is not a part of American history that we’re proud of. I can’t justify or explain the actions and decisions that were made at that time.”

The Turkish economy looks strong enough to weather this irrational and politically motivated financial attack, though it will certainly make a dent in the short term. However, one should note that the U.S. government itself is undermining the very legitimacy of its “strong” currency by abusing its “power” to promote its political ends. This will certainly have important ramifications for the U.S. globally in the medium and long-term.