Public diplomacy and a communication strategy are critical pillars of any successful peace process. In many instances, traumas and memories of the conflict overshadow hopes for peace and reconciliation. The Colombian and Turkish peace initiatives mark some of the complexities of peace processes. 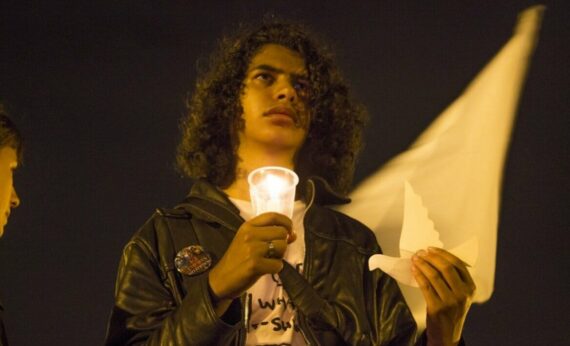 The Complexity of Peace Processes

SecurityBy Serhan Afacan
Peace processes are complicated and fragile, facing a multiplicity of internal and external challenges. As a conflict lingers, the number of challenging issues and people affected increase exponentially. The most challenging stages of a peace process are often carried out secretly away from public scrutiny. However, a peace process cannot persist without some form of public approval or, at least, popular recognition both during the negotiation process and after a deal is reached. This is why public diplomacy and a communication strategy are critical pillars of any successful peace process. In many instances, traumas and memories of the conflict overshadow hopes for peace and reconciliation. The failure that the Colombian peace accord has faced in the referendum and Turkey’s failed peace initiatives to resolve the Kurdish issue mark some of the complexities of peace processes.In a democratic country, both elections and referendums play a significant role in shaping the direction of the peace process. More importantly, the complicated internal dynamics of the peace process need to be coordinated and tuned harmoniously to reach long-lasting peace. If not coordinated well, peace accords reached at the elite level can be challenged by either bureaucratic establishments or the public. Unrealistic agreements to bring about the anticipated outcomes within a reasonable period of time are also doomed to fail. For this reason, in the past, more than 40% of peace agreements failed within the first five years of their signing. Revising an accord is a more preferable option than pushing for an unrealistic agreement in terms of reaching sustainable peace.

The Colombian government and the FARC rebels struggled to reach a peace agreement for almost half a decade and recently came to the point of agreement to terminate the conflict that had been ongoing for more than 50 years. Colombia’s peace agreement between the government and the FARC rebels was overshadowed by the referendum on October 2, 2016. The referendum demonstrated the unwillingness of the majority of Colombians to accept the terms of the peace deal signed between the government and the leaders of FARC. The referendum does not mean the complete failure of the peace process but it does signify the failure of public diplomacy and leadership. A slight majority of Colombians disapproved of some of the measures in the peace accord. The most controversial part of the accord concerned the future of the FARC militants and the government’s security personnel who were involved in inhumane actions during the conflict. Those who had committed war crimes or atrocities during the conflict would have reduced sentences and the majority of FARC militants would be granted amnesty, if the accord was approved. President Juan Manuel Santos, who very recently won the Nobel Peace Prize of 2016, was unable to push the terms of the accord and he is likely to be criticized for the results of the referendum. There are many lessons to be learned and insights to be gained from Colombia’s experience in terms of maintaining a successful peace process.

Balancing the traumas and losses of the past and expectations for the future, balancing the concerns of the victims/victims’ families and the perpetrators, balancing the peace and justice components, and at the same time convincing the people of the necessity for change is a delicate task. There is a multiplicity of stakeholders, issues, thresholds, and critical moments. Handling a successful peace process necessitates well-balanced and well-managed relationships among all of these dynamics. For the decision makers, maintaining an effective peace process requires a wide range of skills. As can be seen in the Colombian case, public support for the peace process is critical and becomes more important in democratic countries.

In the recent past, Turkey experienced the impacts of a failed peace initiative in Cyprus. Kofi Annan’s peace deal regarding Cyprus was rejected in the Greek Cypriots referendum in 2004, despite the Turkish Cypriots’ approval. The failure of the Annan Peace Plan halted Turkey’s EU membership process. A more dramatic example from Turkey are the failed peace initiatives relating to the Kurdish issue. The lack of public support for the Kurdish peace initiatives affected the AK Party government’s peace efforts twice in the last decade. Turkey’s earlier peace initiative, the “Kurdish Opening,” was overshadowed and halted after the ceremonial return of 34 PKK members from the Habur border gate in October 2009. More than 50,000 people celebrated the return of the PKK militants in the border town of Silopi. This event led to public outrage in the rest of the country and the government backed down from the process. This development signified the role of strong public support in Turkish government.

Elections are also important tests for leaders who take the burden of peace processes. A sharp decline in public approval during the peace process may constitute a serious set-back. A dramatic decline in votes for the governing AK party at the June 7, 2015, general election was a serious blow to the “Reconciliation Process.” Despite this, immediately after the elections, the “Reconciliation Process” came to an end due to the PKK’s attacks on Turkish security forces that were mostly related to the developments taking place in Syria and Iraq. The June 7 elections were, at the same time, a serious test for the Kurdish peace initiative, and strong support for the governing AK Party might have ensured that the process endured. Following the reign of PKK violence, the HDP, the Kurdish ethno-nationalist party represented in the assembly, was chastised by the public in the November 1 repeat elections. The HDP’s votes in the general election declined from 13.12% to 10.76%. The AK Party’s new anti-terror campaign boosted popular support for the party in a very short period of time. The AK Party increased its popular support from 40.87% to 49.5%. This dramatic change was not due solely to the peace process, but the process did play a significant role. It is always crucial for political leaders to retain public support and to boost approval. Leaders with weak public backing cannot hope to make peace in democratic countries.

The failure of the Colombian referendum to ratify the peace accord will not necessarily end the process. This failure may slow it down, but what has been achieved so far is an important accomplishment. If the parties are sincere and maintain their commitment to the process, the terms of the peace deal might be re-negotiated. The situation is bleaker for Turkey due to the level of violence caused by the PKK in the aftermath of the failure of the peace process in July 2015. What is promising for Turkey is the experience of rapid normalization during the peace process. Despite the uncertainties in Iraq and Syria, the public in Turkey may push the government for a new chance. Without a clear roadmap, guidelines, contingency planning, and a public diplomacy framework, the government is unlikely to meet the challenges and uncertainties of a revised peace process.