The Unveiled Consensus in Turkey

The feeling that has mobilized Turkish society is anti-militarism as much as it is nationalism. In Turkey, today, there are strong uniting motivations, such as anti-militarism, participation in the public sphere, and democratic expectations. 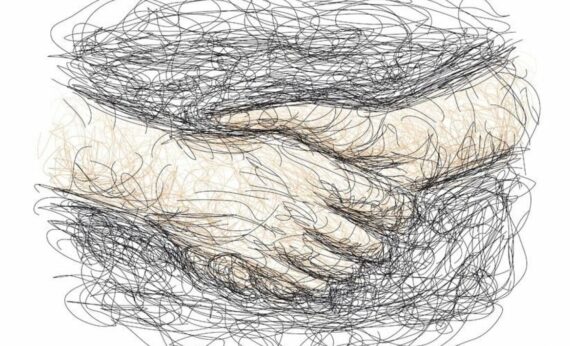 The structural transformation of political culture and of political institutions sometimes falls behind social developments. In the last ten years, Islamic conservatism in Turkey has moved from the periphery to the center, both ideologically and sociologically, due to the influence of internal and external dynamics. In this process, other ideological groups have either silently acknowledged the legitimacy mechanisms generated by Islamic conservatism or attempted to challenge them by resorting to illegal means. There have been ideological controversies over everyday issues. In some cases, the AK Party, with its conservative democrat identity, has been portrayed as an “uncivilized” or “less-civilized” political organization, disrespectful of “civilized” values related to modern urban life. In other words, narratives have been produced arguing that Islamic conservatism is disrespectful of all universal and humanitarian values. Such kinds of narrative and abusive discourse have been used by the international media as a common tactic to exhaust the legitimacy mechanisms of the conservative democrat AK Party in the eyes of international public opinion. The July 15 coup attempt has been a part of these systematic attacks against the AK Party and its extensive sociological base, as well as an outcome of the well-known national and international black propaganda.

WorldBy Belkıs Kılıckaya
Turkey aborted the July 15 coup attempt and this was, to a certain extent, due to the fact that the government has gradually proven its legitimacy in the eyes of different ideological groups. Political institutions, however, have lagged behind society and this became apparent thanks to the suppression of the coup attempt and the way in which it was thwarted. Societal and political expectations instantly became closer and a sudden and strong overlap occurred on the night of July 15. National feelings and discourses in this instantaneous compromise seem to have been effective in creating today’s political atmosphere. However, the nationalist feeling will, undoubtedly, lose its current effect in the long run and more sophisticated concepts to elucidate the new consensus will come into play.Due to the structural problems of Turkish politics, the gap between political authority and peripheral values has always caused democracy-related problems. It is not only religion-state relations but also ethnic-sectarian differences that increase the complexity of this picture. The conservative-democrat characteristic of the political power in the last fifteen years has profoundly changed the never-ending dichotomy of center-periphery relations in Turkish society. The simple secular-religious dichotomy in politics was transformed into something new; relations altered; and Turkey has entered a new phase.

The number one reason for this change is that the suppression and exclusion of religious values from the political sphere have come to an end and this has happened at the expense of radical secularism in Turkey. The ideological polarization between central and peripheral values inflicted by political institutions has considerably weakened. Hence, both sides – namely, the secularist and conservative – have developed a capacity to unite against a new kind of enemy or for a different aspiration. By the same token, the two sides have met each other in practical life and their lifestyles have integrated with the elimination of the ideological differences. Daily issues instigated by ideological controversies have lost their old meanings. A new and shared public space and new relations have emerged. Fear of potential social problems stemming from living together, which was frequently voiced in the early years of the AK Party by the secularist camp, has lost its popularity. Since neither the secular nor the conservative camps have been discriminated, or given privilege, old political arguments cannot be revived.

Shortly before the July 15 coup attempt, President Recep Tayyip Erdoğan had said, “We will re-establish the State.” That was the outcome of the unveiled consensus that was already under way in the social sphere among different ideological groups, but which was to be reflected in political institutions as well. Obviously, Erdoğan’s position as the supreme commander – namely President of the Republic – has become one of the most critical turns in this road. Social policies to meet the needs of religious people who have been outmaneuvered for long and to bring new dynamics into society could only have been designed through such institutional means. Timing and the paths that Erdoğan has followed until now have been influential in his multi-faceted achievements as much as his use of rhetoric and the corresponding social realism in his political behavior.

Nationalism has undeniably enabled a stunning mass mobilization in this new consensus, especially with the developments in the international political conjuncture. However, the difference here is that the current nationalism, while mobilizing different ideological segments of Turkish society, has gained a wider social base and sophisticated as to integrate into other ideologies. In this political conjuncture, it is undeniable that nationalism has served as a glue to bind all segments of Turkish society, and that the glue has a dilute nature that will allow unbinding in due time. Because the feeling that has mobilized society is anti-militarism as much as it is nationalism. In Turkish society, today, there are strong uniting motivations, such as anti-militarism, participation in the public sphere, and democratic expectations. All of these motivations tend to transform policies, but they cannot be easily understood through either headcount or dichotomist structural analysis of the past. As different segments of Turkish society are fully participated in the process of production and division and sustain their contributions to the legitimacy mechanisms of political power, the needs of the social and political spheres will continue to follow each other.