The Waning Reputation of the US Dollar

Using the U.S. dollar as a weapon against other countries in an effort to promote the political interests of the U.S. itself has become the final blow to the U.S. dollar. The U.S. dollar was meant to be the stabilizer of the world trade and economy, not the destabilizer. 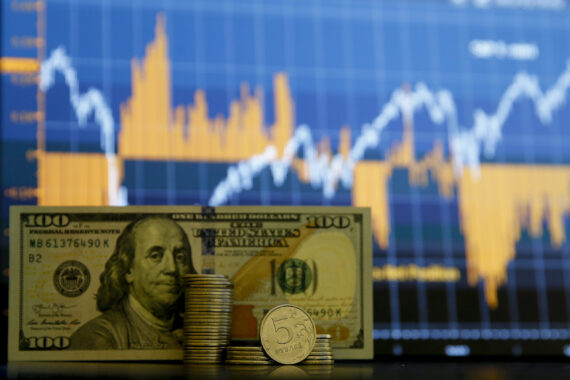 The U.S. one hundred dollar bill and Russian 5 rouble coins are seen in Moscow, Russia on September 07, 2018. Anadolu Agency

The steep devaluation of the Turkish Lira against the U.S. dollar in August 2018 has mostly been attributed not to economic, but political reasons by many around the world – although most Western media outlets have tended to argue otherwise in a rather biased way as I discussed in my last column.

It should be noted that the abuse of the global reserve currency, the U.S. dollar, as a “financial weapon” against the countries that the U.S. is not happy with in political terms will have significant adverse consequences for the U.S. itself.

Using the U.S. dollar with political motivations against Turkey will certainly damage the Turkish economy to an extent in the short run. However, the U.S. itself, will be the biggest loser of this financial warfare in the medium/long run. Because the U.S. dollar benefits other countries by providing a stable financial environment, in which financial transactions could be conducted without serious fluctuations in value. Moreover, the U.S. dollar serves the world as the global unit of account, or the yardstick, with which all sorts of assets can be compared in value easily globally. However, make no mistake: the U.S. is by far the biggest winner of this system. Yet, it is the U.S. itself marring it.

Although the U.S. is still the hegemonic power of the world, it is an apparent fact that its power has been waning in relative terms. The share of the U.S. economy in the world was 25 percent in 1950. It is just around 17 percent now. Moreover, in terms of purchasing power parity, China has surpassed the U.S. as the world’s biggest economy in 2011. The same thing will happen in terms of market exchange rates in the medium term. This means that the power of the U.S. dollar is destined to abate significantly. And it will possibly cease to be the reserve currency of the world in the medium/long term with dire consequences for the U.S., resulting in several reserve currencies. Using the U.S. dollar as a political weapon would only precipitate this fate.