One can’t afford to ignore the IMF findings on the decline of the U.S. dollar as few countries can already be seen looking for alternatives to trade. 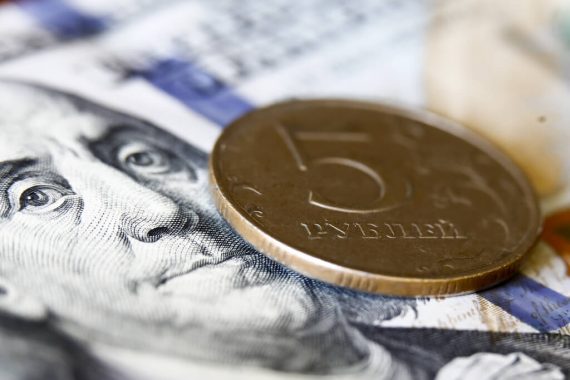 In its findings, notable attention was given to the fact that the dollar’s share of global reserve currencies has been in a steady decline over the last 20 years as the role of non-traditional currencies such as the yuan is rising. Other than China’s national currency, currencies that are gaining ground include the Singaporean dollar, the Korean won, the Australian dollar, and the Canadian dollar.

With the advent of the Russia-Ukraine war, the U.S.-led western allies have imposed sweeping economic sanctions on Moscow and knocked it off the SWIFT (Society for Worldwide Interbank Financial Telecommunications) system. Gita Gopinath, the IMF’s first deputy managing director, stated that “the financial sanctions imposed on Russia threaten to gradually dilute the dominance of the U.S. dollar and could result in a more fragmented international monetary system.”

Hence, “the war would also spur the adoption of digital finance, from cryptocurrencies to stable coins and central bank digital currencies,” she added.

One can’t afford to ignore the IMF findings on the decline of the U.S. dollar as few countries can already be seen looking for alternatives of the currency lingua franca—the U.S. dollar— to trade with other countries.

Looking for “dollar” alternatives, countries picking up the gauntlet!

China is purchasing Russian oil and coal using its local currency, the yuan. Since the advent of the Russia-Ukraine war, many countries cut off their Russian imports to put pressure on Russia’s economy. On the contrary, Chinese firms decided to use the yuan to buy Russian coal, which will be arriving this month at independent Chinese refiners. As Bloomberg reported, this Chinese move will mark the first commodity shipment paid in Chinese currency since the Russian invasion of Ukraine.

In a similar vein, Saudi Arabia is in talks with China regarding using the yuan instead of the greenback to price some of its oil sales. The trend between Beijing and Riyadh over the usage of yuan to buy and sell oil has been fluctuating for the last six years. But experts predict that this year may witness serious steps to use national currencies in trade between Saudi Arabia and China.

In addition, Iran put emphasis on the usage of rupee-rial trade for the export of gas and oil. According to the Iranian Ambassador to New Delhi Ali Chegeni, “If both countries launch a rupee-rial trade mechanism, the bilateral trade could grow to $30 billion.”

He further stated that “a rupee-rial trade mechanism can help companies from both countries deal with each other directly and avoid third-party intermediation costs.” However, there was no response from the Indian counterpart on this statement.

Dollar in the digital currency race

As nations are looking for an alternative to the U.S. dollar to buy oil and other commodities, the concept of central bank digital currency (CBDC) is gaining traction. A CBDC is the digital form of a country’s fiat currency by the central bank. Instead of printing money, the central bank issues electronic coins backed by the full faith and credit of the government.

At present, nine countries in the Eastern Caribbean, the Bahamas, and Nigeria have launched their sovereign digital currency. Fourteen countries are in the pilot stage and are preparing for a possible full launch. Some of them are major economies that are a part of the G20 such as China, South Korea, Saudi Arabia, Russia, and South Africa. Other major countries include Canada, India, Brazil, Turkey, Japan, and the European continent.

As countries worldwide are adopting the concept of CBDC, the United States started considering the potential of digital currency. On March 9, the Biden administration released an executive order in which Biden has instructed the federal government to work on CBDC, a digital dollar. Following that, Treasury Secretary Janet Yellen highlighted the federal digital currency of the U.S. in a speech.

Read: Cryptocurrencies in the Middle East: Investment Surrounded by Risk

However, dissenters are emerging in the U.S. over the possible benefits of digital currency. Recently, Christopher Waller, a member of the Federal Reserve Board of Governors, said he is not convinced of the need for CBDC.

Considering the pattern among nations to look for alternative currency for trade, one could expect a significant reorganization of existing global payment networks. However, the reorganization seems to be bolstered by a sharp escalation in the use of digital sovereign currency.

Academia and the currency war debate

According to Gal Luft, the co-director of the Institute for the Analysis of Global Security, the U.S. stinging economic measures may lead central banks to diversify their portfolios of foreign reserves instead of relying heavily on the dollar. He stated that central banks are starting to question whether reliance on the U.S. dollar is a good idea.

In regard to digital currency, Michael Sung and Christopher A. Thomas argue in their latest article that “the primacy of the U.S. dollar grants the U.S. government and economy special privileges… as the adoption of crypto and CBDC increases, the benefits afforded to the U.S. by the dollar’s dominance will gradually decrease.”

However, experts like Professor Paul Krugman  clearly denied that U.S. dollar’s world dominance is at risk. According to Krugman, the U.S. dollar dominance still looks pretty secure because its major competitor, China, is an “autocracy with a propensity for erratic policies” and therefore people will not prefer yuan assets.

Also Read
Coffee Extinction Is Nature’s Way of Telling Us: “Heal the World!”