Too Weak to Survive, Too Big to Fail: The Unknown Future of the Sisi Regime in Egypt

It is obvious that the current Egyptian regime cannot follow an independent foreign policy. It is simply because the Sisi regime is directly or indirectly controlled by the actors that supported the military coup in 2013. 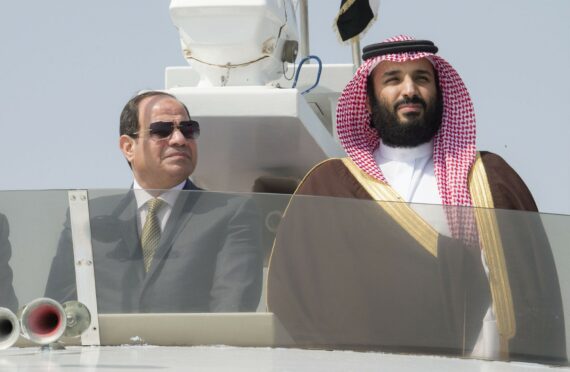 Egypt has been experiencing continuing instability since the military coup that took place on July 3, 2013. The coup was a turning point for the political life in Egypt and in the Middle East. A number of regional and international actors closely followed the developments taking place in Egypt since the coup. These actors supported the military coup and the regime that came to power in the following period. This international support for the post-coup regime in Egypt can be analysed on two levels: regional and global.

On the regional level there are three major actors that supported the military coup in Egypt: Israel, Saudi Arabia and the United Arab Emirates. The main motivation behind this support for the coup was to prevent the Muslim Brotherhood from becoming a regional power base. Therefore, a strategy to eliminate the Muslim Brotherhood from the regional political arena was developed. As the movement rose to power in Egypt, the anti-Ikhwan alliance suspected that the movement would increase its influence in regional politics. The United Arab Emirates and Saudi Arabia in particular have undertaken this strategy. While Abu Dhabi and Riyadh did not provide any political and financial support for the Morsi regime, they funded anti-Morsi protests that took place on June 30, 2013.

Israel, on the other hand, also preferred the end of the Muslim Brotherhood’s rule in Egypt. The possibility of Morsi’s more aggressive policy towards Israel and his aspirations of establishing a strong regional alliance with Turkey were the main reasons for Israel’s support for the regime change in Egypt. Tel-Aviv also believed that the increasing power of the Muslim Brotherhood in the region would seriously affect Israel’s policies in the Middle East.

On the international level, almost all Western countries, especially the U.S., Britain, France, Germany and Italy, supported the military coup in Egypt. There are four main reasons for this support: (1) Removing the Muslim Brotherhood from power, (2) Establishing a pro-Western secular-militarist regime, (3) Instating a government that would serve the interests of the West; and (4) Preventing new regional alliances.

In the aftermath of the coup, the Sisi regime in Egypt paid back its debt to Western countries with large purchases of defense products. Despite economic hardships, Egypt bought around 10 billion USD worth of warplanes and ships from France and the regime became one of top weapons importer from Germany. Similarly, Egypt’s imports of arms from Britain and Italy have also increased.

The support given by the U.S. to the military coup in Egypt was particularly important. In response to this support, the Sisi regime gave full support to Washington’s policies towards the region. The most recent case of this support was the low-level reaction of the Sisi regime in regards to the U.S.’s recognition of Jerusalem as the capital of Israel. Cairo also followed a similar policy line with Washington when it comes to U.S. policy toward the Gulf region.

A similar situation can be observed in relations between the Gulf and Egypt. The most enthusiastic supporters of the military coup were the UAE and Saudi Arabia. In return to their support, these countries expected the Sisi regime to meet their demands in regional politics. As a result, the Sisi administration transferred the strategic Tiran and Sanafir islands to Saudi Arabia and supported the political blockade initiated by the UAE against Qatar. Cairo also followed Saudi and Emirati instructions in its policies toward regional issues such as Libya and Yemen.

It is obvious that the current Egyptian regime cannot follow an independent foreign policy. It is simply because the Sisi regime is directly or indirectly controlled by the actors that supported the military coup in 2013. It can also also argued that as the regime in Cairo has no political legitimacy or popular support, it would be far from achieving a peaceful political environment in the country.