Regardless of their political backgrounds, a substantial amount of Iranians will back the IRGC. Hence, the IRGC will become more powerful, instead of declining in strength. 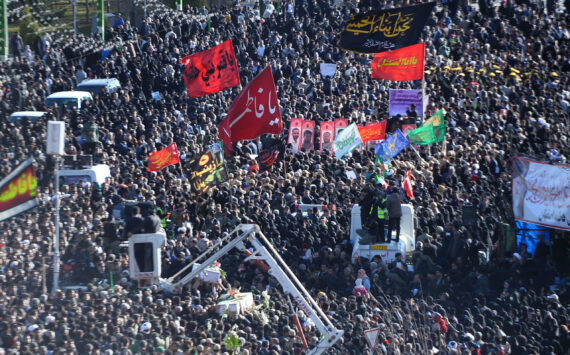 Iranian mourners attend the funeral ceremony of 27 members of Revolutionary Guards, who were killed in a suicide attack, at Bozorgmehr Square in the southeastern city of Isfahan on February 16, 2019. Anadolu Agency

On April 8, the U.S. put the Iranian Revolutionary Guard Corps (IRGC) on the foreign terrorist organization (FTO) list. This is the first time in modern history that a country has designated a sovereign state’s official army as a terrorist entity. For this reason, it is a case of first impression in terms of international law. Given the Trump administration’s “maximum pressure” policy on Iran, it is no surprise at all. As a predictable reprisal, Iran identified the U.S. Central Command (CENTCOM) as a terrorist group. Therefore, the following question arises: How will these reciprocal acts affect U.S.-Iran relations and what consequences will it bring for Iran with regards to its internal and regional politics?

What is Iranian Revolutionary Guard Corps?

IRGC was formed right after the Iranian Revolution in 1979 on the purpose of preserving the Islamic Revolution and Khomeini’s Velayet-e Faqih doctrine. It earned a reputation for its role in the Iran-Iraq War (1980-1988). Initially, IRGC was only a military organization and the idea behind it was that the regular army was not trustworthy since it was a remainder from the Shah’s era. However, over time it increased its political and economic power, especially during the presidency of Ahmadinejad.

Today, IRGC is a critical element of Iran’s regional military operations as well as its domestic political balances. The IRGC coordinated proxy wars and conflicts in Syria, Iraq, Yemen, and Lebanon. An elite unit called Quds Force, which is commanded by the famous Qassem Soleimani, has especially played an essential role in maintaining Iran’s regional influence.

The Basij forces, which are a paramilitary organization that operate under the IRGC, are very instrumental in suppressing public protests within the domestic context. It owns banks, billion-dollar corporations, media platforms (websites, newspapers, news agencies), universities, and cultural institutions. It also has close ties with some airline companies such as the U.S.-sanctioned Mahan Air. By this way, its rich social capital places it beyond a mere military organization. The IRGC is only accountable to the Supreme Leader of Iran, Ayatollah Ali Khamenei. This fact provides it with political impunity.

U.S.-Iran relations after the IRGC decision

IRGC itself or the people and entities affiliated with it had already been sanctioned by the U.S. Department of the Treasury before. Starting from 2007, IRGC had been sanctioned for various reasons including support for terrorism, Iran’s nuclear and ballistic missile program, and violation of human rights. According to the State Department’s factsheet, in 2007, the U.S. Secretary of the Treasury designated the Quds Force as a terrorist supporting organization.

In 2017, the same authority designated IRGC as a Specially Designated Global Terrorist for its connection with the Quds Force. However, the FTO designation is an unprecedented move. Unlike the previous designations, the State Department listed IRGC as a terrorist entity as a whole. This act brings military action to the table. Therefore, more than producing adverse economic outcomes, this new designation will rather generate severe political and military consequences.

Since listing the Iranian Revolutionary Guard Corps as a foreign terrorist organization, IRGC forces in Syria and Iraq have now become military targets for the U.S. military.

The possibility of a military confrontation in the region is particularly tangible. U.S. military personnel can be attacked by the Iranian military and Shia fighters coordinated by IRGC in Syria and Iraq. Accordingly, on April 9, the General Staff of Iran’s Armed Forces stated that they would “spare no effort” in fighting against “terrorist CENTCOM.” Likewise, IRGC forces in Syria and Iraq have now become military targets for the U.S. military. This escalation could spark a broader incalculable regional conflict.

One of the primary issues strictly engaged with this designation is the destiny of the nuclear deal. Trump announced that the U.S. pulled out of the nuclear deal on May 8, 2018. After this withdrawal, sanctions began to be re-imposed on Iran. Other contracting parties have been working with Iran to save the deal since. However, without U.S. assurance to other countries, it is impossible to carry out the deal.

The FTO designation holds other countries, entities, or people, who supply “material support” to IRGC, to account differently from previous designations. Since the IRGC is a fundamental part of the Iranian economy, countries that conduct business with Iran will reconsider their business carefully as it is highly likely for their activities to be interpreted as material support to a foreign terrorist organization. Consequently, the odds that Iran will become more isolated after Trump’s decision is very high.

Since IRGC is Iran’s official army branch, this move could trigger an existential conflict between the U.S. and Iran. More, this means that thousands of Iranian people who are completing their mandatory military duty under the IRGC will be conceptualized as terrorists. Apart from the conscription problem, IRGC has other branches that operate on various domains of the country – namely media, banking, finance, construction, transportation, social aid networks, and education.

All these people connected with these branches could be labeled as terrorists. For these reasons, there is no doubt that FTO designation will help IRGC consolidate public support. This move will undermine all attempts taken by U.S. governments to push the Iranian people to turn their backs on their government.

Trump’s decision to list the IRGC as a foreign terrorist organization will help the IRGC consolidate public support.

When it comes to internal power balances in Iran, one thing is certain that reformist forces will lose power and hardliners will gain the upper hand after the decision in concern. On April 9, various Iranian lawmakers went to the parliament wearing IRGC uniforms to show their rage against the U.S. Tehran’s reformist MP, Mahmoud Sadeghi, was one of them. Similarly, Abdollah Ramezanzadeh, spokesman of the reformist Khatami government (2001-2005), said that despite all the differences of opinion inside, they are united against “the enemy” by supporting the Iranian armed forces. It is reasonably foreseeable that Iranians from all walks of life will be united behind the IRGC.

Returning to the question posed at the beginning of this piece, it is possible to conclude that relations between the U.S. and Iran are now far from the prospect of détente. Trump’s decision has also reiterated that the U.S. has no clear strategic vision to contain Iran. The rationale behind the decision will produce unwanted consequences that will contrast with the intended outcome.

Iranians are famous for their unconditional support for their government in extraordinary situations. This is why the Mujahedeen-e-Khalq (MEK) organization has no material base in Iran. Since they sided with Saddam Hussein against their own country during the Iran-Iraq War, Iranians hate them no matter which political stance they take before the Islamic Republic.

Showing the same strategic deficiency, this never prevents the U.S. government from supporting the MEK on various platforms. Likewise, regardless of their political backgrounds, a substantial amount of Iranians will back the IRGC. Hence, the IRGC will become more powerful, instead of declining in strength. Hardliners in Iran will enlarge their influence on different institutions and domains so that change from within will be improbable.

Also Read
Can A Third Political Party Bring Change in US Foreign Policy?