It is reported that the scope of sanctions against Turkish officials may broaden, including many more individuals and entities. It is fair to conclude that these legal tools were used to gain a leverage in U.S. domestic and foreign policy. 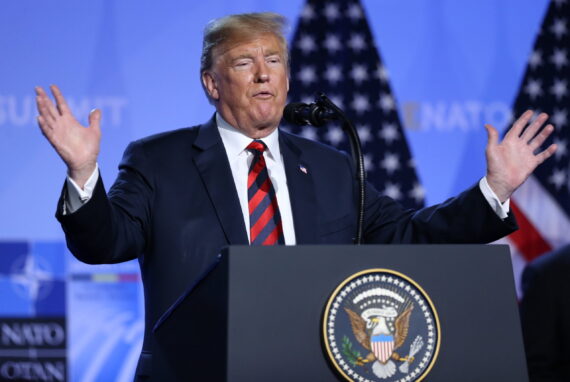 On August 1, 2018, the Office of Foreign Assets Control (OFAC) under the Department of the Treasury  announced that two high-level government officials of Turkey, namely Minister of Justice Abdulhamit Gul and Minister of Interior Suleyman Soylu were sanctioned. The main motivation of taking the measure was the detention of Pastor Brunson.

The OFAC relied on an Executive Order which was signed by President Trump to mainly target individuals from different countries, such as Pakistan, the Democratic Republic of the Congo, South Sudan, Serbia and so on. The President finds his authority to issue this Executive Order in widely different laws. For instance, the first one was the International Emergency Economic Powers Act (IEEPA), which was the one of the charges brought against Hakan Atilla. The second law was the National Emergencies Act (NEA) that was enacted in 1976 and gives the President the authority to declare “national emergency” under certain circumstances. The third law mentioned in the Executive Order was the notorious Global Magnitsky Human Rights Accountability Act (Magnitsky Act) which was enacted in 2012 to target certain Russian officials who were responsible for the loss of Sergei Magnitsky’s life in a prison under serious human rights violations. While the target was initially Russian individuals, Congress invented this legal tool, giving it to the executive power to target other foreign individuals as well. The final legal text was the Immigration and Nationality Act of 1952, which is related to the immigration and citizenship law in the domestic law of the U.S.

The recent action taken by OFAC raises a question as to how the Executive Authority chooses this legal basis. Although OFAC mentioned the Magnitsky Act specifically in its announcement, it is not precise whether the Magnitsky Act was the only legal basis of this decision. In other words, OFAC explained that the action taken “pursuant to Executive Order (E.O.) 13818, “Blocking the Property of Persons Involved in Serious Human Rights Abuse or Corruption,” which builds upon Treasury’s Global Magnitsky Act authorities, albeit it did not specify whether the Magnitsky Act was the only basis. Therefore, it was unclear whether the other abovementioned laws, such as IEEPA or NEA, were at issue when deciding to impose sanctions. These laws require the President to determine whether the situation in Turkey constitutes a national emergency or unusual or extraordinary threat for the U.S.

Since OFAC frequently mentions “serious human rights abuses” in their claim, it is implied the only legal basis relied on was the Magnitsky Act. The OFAC’s allegations against two ministers raise several doubts whether OFAC interpreted the text of the Magnitsky Act properly. Section 1263 of the Magnitsky Act requires two different things for the president to determine. First, the president needs to determine the violation of human rights occurred, and second, the targeted individual is responsible for this violation. According to this one page explanation, these determinations hardly appear. The responsibility was understood by OFAC as a mere political responsibility which does not necessitate any concrete evidence to show why these people officials bear responsibility.

The other problematic aspect of the interpretation of the Magnitsky Act is related to the level of seriousness of the abuse of human rights. The text of the law specifies this level as “gross violations of internationally recognized human rights.” It also gave examples of internationally recognized human rights as torture and extrajudicial killings. However, OFAC left no detailed analysis of what level of human rights abuses in Turkey attained to qualify the situation in Turkey as “serious human rights abuses.” It is difficult to declare Turkey as a country of “serious human rights abuses” based on the alleged violation of rights of one individual. Nevertheless, in the case of Brunson it is not plausible to claim that the principles of due process and fair trial are seriously violated by the Turkish authorities.

The future of the relationship between the U.S. and Turkey is difficult to predict because of the unexpected and unclear scope of the sanctions. At first glance, claiming the responsibility of these two individuals implies that OFAC put the responsibility on the two government officials exclusively. However, then it is reported that the scope of sanctions against Turkish officials may broaden, including many more individuals and entities. It is fair to conclude that these legal tools were used to gain a leverage in U.S. domestic and foreign policy.