Today, the AK Party strives to finalize this rationalization process by legalizing the de facto situation with a new constitution based on a presidential system. 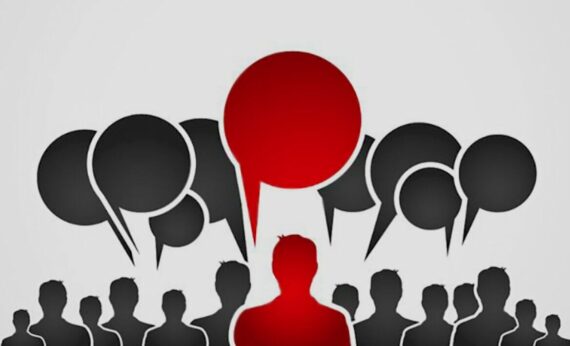 Democracy is a contested concept. It is susceptible to many different articulations. Yet all these articulations share one basic idea: democracy is a form of political rule. It is a rule among equals, not between master and slave, or a sovereign and its subjects. It is therefore based on reason, not on power. The concept of political rule denotes that everybody is equally eligible to hold a public office, and power should be constrained so as to sustain the equality and freedom of the citizens. The former is a basic quality which a county must possess to pass as a democratic regime; the latter, however, is an indispensable characteristic of being a full-fledged democracy.

Books In-BriefBy Politics Today
Turkey has achieved, to an extent, the former criterion. Indeed, the 13-years AK Party rule has lifted the semi-official barriers that had produced inequalities among Turkish citizens. Some citizens, especially those of Islamic and Kurdish identity, used to be less equal than others before the law. Their elevation to full citizenship has been accompanied by a wave of sociological equalization; as part of this wave, the large bulk of the lower classes has been upgraded to the middle class. Nevertheless, the second criterion, that of freedom, is yet to be carried out since a well-formed political system with a sound legal system, which is expected to constrain power, does not exist. The AK Party and its supporters highlight the fulfillment of the first criterion, the equalization of Turkish citizens. The opposition, on the other hand, insists that full democracy requires more. That is, the rule of law should be institutionalized in order to protect the rights of all citizens from the excesses of power.

The process of equalization

The AK Party’s defense of the presidential system cannot be adequately grasped, and indeed, risks being seen as a step back from democracy, when one fails to take into consideration the importance of institutions in sustaining democracy. Ideally, the rationality of political institutions is measured by the quality of interaction that they provide in state-society relations. Hence, institutions are rational so long as they do not allow a gap or alienation between the state and society. Moreover, since society is a dynamic phenomenon, especially when it is a so-called transitional society, those institutions which objectify the power relations in society come under intermittent challenges. The emergent gap at such times reveals the contingent nature of political orders and requires a reorganizing of the political community’s institutional infrastructure.

Indeed, the AK Party itself is a product of such a historical break in Turkey. The Kemalist regime pursued a policy of alienation in state-society relations by closing the gates of the state to the majority of the society. These communities were relegated to the rank of second-class citizens and exposed to a series of procrustean assimilation policies. The institutional form of these socio-political relations was that of single-party rule, during the time period of 1923-1950. No political parties, other than the Kemalist CHP, were allowed in the parliament. After the 1950s, owing to international and societal pressures, the institutional form of rule evolved into a multi-party parliamentary regime under bureaucratic tutelage. However, the institutional instability and its growing legitimacy crisis triggered military intervention into Turkish politics four times in the second half of the twentieth century.

Some citizens, especially those of Islamic and Kurdish identity, used to be less equal than others before the law. Their elevation to full citizenship has been accompanied by a wave of sociological equalization.

The AK party came to power in 2002, when Turkey’s state institutions faced a total collapse. It was the ever-growing gap between the Kemalist regime and Turkish society that produced the AK Party. The AK Party, in return, has steadily enlarged its public support by promising to bridge the residual gap in state-society relations. This promise, in essence, involves reshaping Turkey’s institutional infrastructure in order to end the long-lasting alienation between the state and society. This has involved the dismantling of bureaucratic tutelage over the parliamentary system, and the democratization of civil-military relations. The 2007 reform bill, which brought about the election of a president directly by the people, was the apex of this endeavor. The president had formerly been elected by the parliament, under the direction of the bureaucracy, and, in essence, had served as the regime’s gate keeper in the executive branch of the government.

The rationalization process undertaken by the AK Party has transformed the government system towards presidentialism, the end result being that Turkey now has a directly elected president with considerable political powers. Today, the AK Party strives to finalize this rationalization process by legalizing the de facto situation with a new constitution based on a presidential system.

The warning against power

Turkish politics is shaped by the clash between competing claims of political community. All of the political camps strategically employ the discourse of “rights” to dislocate the opposing hegemonic formations and open up room for themselves in the socio-political system. The political struggle, then, is not between the defender of “the right” (individual, freedom) and “the good” (society), but rather between contesting claims of the good. The warning that presidentialism will lead to a concentration of power should be thought through in this political context.

Presidentialism is a democratic government system; ideally, it will not allow for the violation of the rule of law. So arguing that presidentialism will inextricably lead to the encroachment of rights is baseless. Why, then, is this objection being raised by the opposition? This is occurring simply because presidentialism figures as a game-changer in Turkish politics. It will, first of all, produce a political context in which the political actor having the backing of the majority of society holds on to power. This means that populism will be the strongest weapon in the system. Secondly, presidentialism will enervate the bureaucracy vis-à-vis the elected politicians in decision-making. This means that society at last will dispense with the bureaucracy for good.

Clearly, the opposition is reluctant to shift to presidentialism since it has been proven that the AK Party is invincible when populism is the only game in town. Moreover, the basic strategy of the main opposition parties (the CHP and the MHP) is to keep the civil-military bureaucracy in politics. This requires crippling civil politics, thereby producing a power vacuum to justify the return of bureaucracy. This will inevitably end up diminishing the role of the elected representatives of the people in decision-making. The CHP’s defense of the parliamentary regime in the face of the presidential system, or, more concretely, the call for undoing the 2007 reform bill which enables the direct popular election of the president, is motivated by this strategy. The Turkish parliamentary system harbors more pitfalls to allow room for bureaucracy in politics.

But should we stop defending rights against power? Turkey should continue to rationalize its political system as Germany did in 1949 with the Basic Law, France in 1958 with the Fifth Republic, and Britain under Tony Blair in the 1990s. These are all examples of attempts to empower the executive vis-à-vis the legislation and extra-political actors, without overstepping democratic politics. So the presidential system in Turkey should abide by the basic rules of developed democracies, namely the separation of powers and the rule of law.

Presidentialism is a democratic government system; ideally, it will not allow for the violation of the rule of law.

Beside this institutional step to protect rights against power, the second move should be to ease the tension between rights and “the good” in politics. Indeed, the primacy of rights exaggerates the subjectivity of individuals, whereas the primacy of the good does the same for the social whole. The slavish defense of rights carries the risk of political instability, which might unintentionally bring greater violation of citizens’ rights. The imprudent tendency to objectify the good leads to turning a blind eye to social injustices and disrespect, which might end up dissolving social ties and tearing down the social whole.

One way to break this deadlock of self-defeating politics may be to center inter-subjectivity in politics, which includes toning down political polarization and initiating a genuine and meaningful discussion of the common good. Unless all the political actors put this goal on their agenda, reason is doomed to fail against power. And then no complaint of power could be justified.