The upcoming Turkey-European Union (EU) summit in Bulgaria is a “very important step” in resolving issues between the EU and Turkey, according to a senior EU official on Wednesday. 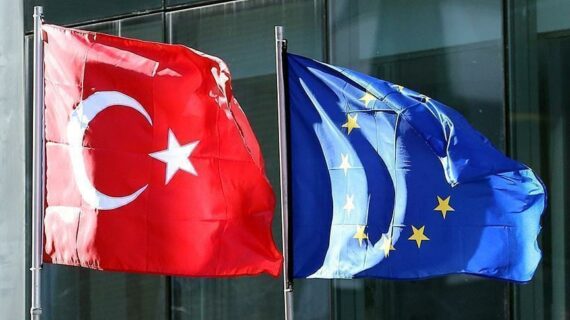 The upcoming Turkey-European Union (EU) summit in Bulgaria is a “very important step” in resolving issues between the EU and Turkey, according to a senior EU official on Wednesday.

The remarks came ahead of a key EU-Turkey summit set for March 26 in Varna, Bulgaria — the current EU term president – that would bring together EU leaders and President Recep Tayyip Erdogan.

EU-Turkey relations, regional and international issues, including global foreign policy, security, fight against terrorism, the Middle East, Africa and Russia are expected to be discussed during the summit, the senior EU official, who spoke on condition of anonymity due to restrictions on talking to the media, said.

An “environment of trust” exists between Turkey and the EU to discuss specific issues, he said, adding that the meeting provides a platform where both sides could listen to each other.

The official said Turkey’s visa-free travel to Europe would also be discussed at the summit, adding that the European Commission was examining files ahead of the meeting.

In 2016, Turkey and the EU signed a deal aiming to stem the irregular migration flow through the Aegean Sea by taking stricter measures against human traffickers and improving conditions for nearly three million Syrian refugees in Turkey.

The deal also allows for the acceleration of Turkey’s EU membership bid and visa-free travel for Turkish nationals within the Schengen area, on the condition that Ankara meets all of the 72 requirements set by the EU.

The official added that a “privileged partnership” model for Turkey in the EU is not the case but only an offer of full membership of Turkey.

On the active role of Turkey in the Astana peace talks, the official said the EU is not part of it but Turkey, the closest partner of the bloc, could represent its interests.

The Astana peace talks were launched on Jan. 23-24, 2017, with an aim to end violence and improve the humanitarian situation in war-torn Syria.

The three guarantor countries — Turkey, Iran and Russia — had agreed to establish de-escalation zones in Idlib and in parts of the Aleppo, Latakia, and Hama provinces.

The official said Turkey is “representing the EU in a way” in the Astana process.

Turkey had applied for the EU membership in 1987 and accession talks began in 2005.

However, negotiations stalled in 2007 due to the objections of the Greek Cypriot administration in the divided island of Cyprus, as well as opposition from Germany and France.

To gain membership, Turkey has to successfully conclude negotiations on 35 policy chapters that involve reforms and the adoption of European standards.

However, in December 2016, the member states said no new chapters would be opened.

Since then, the country has held many negotiations with the bloc officials, insisting that Turkey wants to open Chapter 23 on the judiciary and fundamental rights and Chapter 24 on justice, freedom, and security.

Also Read
Europe owes Turkey for its Security, it is time the EU takes Negotiations Seriously