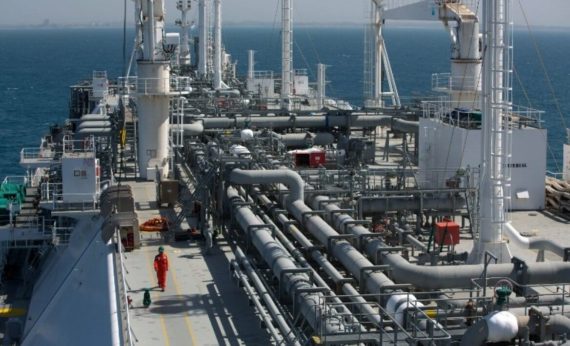 As Turkey’s economy grows and its external energy demand increases, the country does not want to be dependent on a couple of suppliers, and seeks to form policies on alternative resources and suppliers. In this sense, despite the region’s complications, the Eastern Mediterranean, with its newly discovered energy resources, is seen as the primary option for Turkey. As seen in the Trans-Anatolian Natural Gas Pipeline Project (TANAP), which will transport Azeri natural gas to Europe through Turkey, the country is continuing to implement projects ensuring its energy supply security. The strategic location of Turkey can be seen as a chance to transmit the Eastern Mediterranean energy resources to the European market.

As stated above, Turkey is partly dependent on external energy suppliers. Although the country produces a significant amount of coal, it only accounts for 26% of its total primary energy consumption (TPEC). Moreover, since the low levels of domestic natural gas and oil production do not meet internal demand, which represents 29.8% and 29.5% of TPEC respectively, Turkey needs to meet its demand from different countries and to contribute to its energy security, as well.

The country imports almost 99% of the natural gas it consumes from Russia (55.3%), Iran (16.2%), Azerbaijan (12.7%), Algeria (8.1%) and Nigeria (2.6%). According to the Key World Energy Statistics 2016 by the International Energy Association, Turkey ranks 5th among the world’s top 10 net natural gas (including pipeline gas and LNG) importers. In that context, the amount of proven natural gas reserves in the Eastern Mediterranean region is significant. The Tamar and Leviathan Basins of Israel have 900 billion cubic meters (bcm), the Aphrodite Basin of Cyprus has 140 bcm, and the Zorh Basin of Egypt has 850 bcm. All of these basins together can meet the demand of the countries of the region.

Energy operations in the Eastern Mediterranean began with Israel’s discovery of the Tamar Field in 2009, and continued with the discoveries in the territorial waters of Greek Cyprus and Egypt. The Eastern Mediterranean region, where significant natural gas reserves have been found in recent years, desires to start production and export the gas to countries with higher gas demands, mainly in Europe and Turkey. Nevertheless, these discoveries have resulted in new disagreements in the region where there is already an ongoing dispute over the Cyprus issue, and discussions on maritime borders have become a major problem again.

Since Greek Cyprus declared the region within its own sovereignty, the explorations have raised tensions with the Turkish Republic of Northern Cyprus (TRNC), and problems in the political field have spread into the energy field. Although the two sides have held meetings several times to resolve their issues, this long-lasting problem could not be solved yet. In this context, on January 9, 2017, the parties (TRNC, Greek Cyprus, Turkey, Greece, and England) met in Geneva, but once more could not reach an agreement on the island’s future, along with the future of the waters and natural gas surrounding it.

The current economic situation and lack of infrastructure in the whole of the island of Cyprus has pushed the leaders to form an alliance with Israel and Greece. The present energy situation of the whole island shows that the gross inland energy consumption only includes oil (94.9%) and renewables (6.8%), and the island lacks any infrastructure enabling gas trade, production and consumption. It also is not integrated and not interconnected with any neighboring power systems. Thus, these countries, due to their multi-faceted interests, are now debating over the construction of an LNG regasification terminal and the Eastern Mediterranean Natural Gas Pipeline, which will carry gas from the Aphrodite Field in Greek Cypriot waters to Greece. Although the Aphrodite Basin in the island’s territorial waters is the smallest among other basins in the Eastern Mediterranean, nearly 7.4% of the current proved reserves, it is estimated that it would contribute to both the island and the region by bolstering energy security.

A future project called “Eurasia Interconnector” is also a part of the debate, which would link the Greek Cypriot, Israeli and the Greek transmission networks. However, since the economic situation that each of the three partners faces could complicate the implementation of the project, it seems that they need support from the other actors in the region. And Turkey, as one of the countries having a right over the exclusive economic zone of the region, along with the EU, are the possible investors of these projects.

Analysts have found that transmission of the Eastern Mediterranean natural gas to Europe directly through pipelines under the Mediterranean is not the best course of action. In order to distribute the gas to the European market, Turkey is seen as the best option, with its present infrastructure, and TANAP and Turkish Stream projects. A possible pipeline from the island to Europe through Turkey’s infrastructure would be the least costly way of transmitting the natural gas. In October 2016, seeming to agree with this, Israel consulted Turkey for the first time on the issue of the Eastern Mediterranean natural gas deposits, and stated that Turkey is the best route for transmission.

Israel’s Energy Minister, Yuval Steinitz held meetings with his Turkish counterpart Berat Albayrak in Istanbul, expressing the hope for cooperation on extracting from the natural gas, consuming and trading, which Israel sees as essential for its own energy future. Steinitz said that they agreed to start examining the feasibility of building an undersea gas pipeline to pump Israeli gas to Turkish consumers and on to Europe. “Israel will also be glad to see Turkish companies involved in the Israeli energy sector including in the exploration of gas fields”, and although they are also building regional energy cooperation links with Jordan, Egypt and Greece, the Turkish option is vital, Steinitz said.

Even though the other states in the Eastern Mediterranean region have come out against Turkey, the country’s geo-strategic position makes it the most advantageous route for the trade of the Eastern Mediterranean natural gas. After all, it is now more apparent that the other states having reserves in the region also aim to transmit their gas to external markets as soon as possible.