Turkey's Central Bank announced a drop in interest rates from 24 percent to 19.75 percent. For some analysts, the rate cut went beyond expectations. The New Turkey asked two experts of Medipol University, Prof. Nurullah Gür and Prof. Mevlüt Tatlıyer for their opinions on the recent rate cut decision. 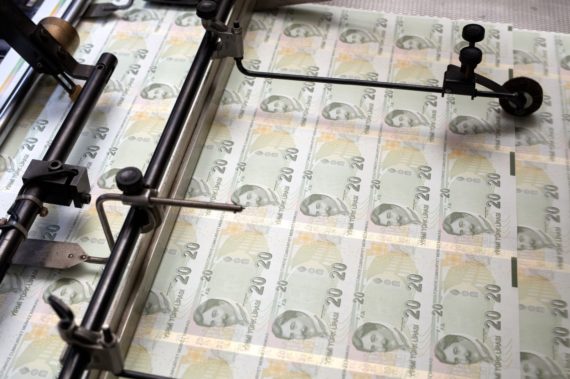 Since the dismissal of Murat Çetinkaya, Governor of Turkey’s Central Bank, in the beginning of July, 2019, there has been robust debate on the issue of Turkey’s interest rates. There was a clear difference of opinion between the government and the former central bank governor on the appropriate level of interest rate. In an attempt to support Turkish Lira, Çetinkaya gradually increased the central bank’s benchmark interest rate, in total 11.25 percent, last year fixing it to 24 percent. He was criticized on several occasions by President Erdogan for keeping the interest rates high.

After the appointment of the new governor Murat Uysal, the previous deputy to Çetinkaya, many expected a rate cut. Uysal gave the first signal in that direction in his interview with Anadolu Agency on July 15.

Uysal’s decision for a rate cut came this Thursday when the central bank announced a drop in interest rates from 24 percent to 19.75 percent. For some analysts, the rate cut went beyond expectations. Thus, The New Turkey asked two experts of Medipol University, Prof. Nurullah Gür and Prof. Mevlüt Tatlıyer for their opinions on the recent rate cut decision.

Prof. Gür told The New Turkey that “most analysts had expected a 250 basis points cut on average. But there were also some market players who expected that the central bank might reduce its policy interest rate by up to 400 basis points. Therefore, although the central bank reduced one-week repo rate more than market expectations, it did not cause a shock effect.”

Prof. Gür further commented that “after examining the bank’s statement regarding its monetary policy change, it can be said that three factors come to the fore as the cause of the aggressive interest rate decrease. First, the downward trend in inflation has become more pronounced as unprocessed food and energy prices declined, and thus the central bank expects that ‘inflation is likely to materialize slightly below the projections of the April Inflation Report by the end of the year.’ Second, the global economic environment provided the central bank more space for an aggressive rate cut. As global economic activity weakens, all major central banks including the Fed and the ECB, are signaling a loose monetary policy. Third, some macroeconomic data on Turkish economy indicate ‘a moderate recovery in the economic activity’. This moderate recovery is fueled by export and tourism revenues. Domestic demand is still weak. So, the central bank expects that this type of a recovery will not trigger inflation.”

Prof. Tatlıyer told the The New Turkey that “to the astonishment of many, the central bank slashed the policy interest rate by 425 points to 19.75 percent in the July meeting. This is the biggest interest-rate cut since 2002, when it adopted an inflation targeting regime. However, this is also a very late move, since the central bank did not decrease the policy interest rate even once as the inflation rate gradually decreased to as low as 15.7 percent as of June 2019 from its peak of 25.2 in October 2018. The Turkish ex-ante real interest rate, thereby, increased gradually from 2.4 to 5.4 percent between November 2018 and May 2019 with an average of 4.3 percent.  In June 2019, it skyrocketed to an astonishing 8.1 percent. Before June, Turkey already ranked first in the world in terms of ex-ante real interest rates. So, a dramatic rate cut was imminent this month. With the latest move of the central bank, the ex-ante real interest rate happened to decrease less than 150 percentage points from 5.4 to 4.0 percent between May and June 2019. So, that Turkish Lira gained value against the US dollar after the record-breaking rate cut is not surprising at all.”

Also Read
What Happened to the Turkish Lira?