The period after 2002 has marked a new stage for Turkey`s development assistance strategy, and therefore for TIKA, as it opened up to the world, thanks to increases in the GDP of Turkey, and reached out to different regions including the Middle East, Africa and Latin America. 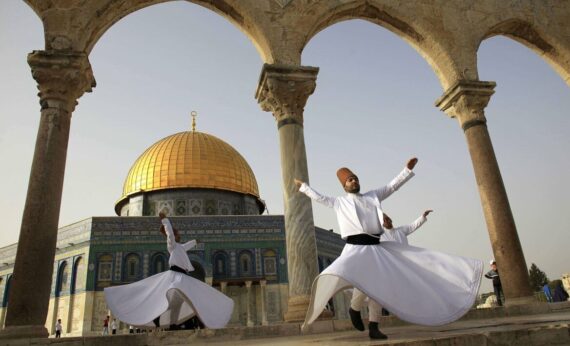 Over the past few decades, development assistance has become such an important topic for both donor and recipient countries that the global official development assistance (ODA) – spending by governments – has increased by 50 percent. While donor countries get a chance to share own experiences in order to improve relations with their partners, recipient countries take advantage of receiving assistance in order to develop their physical and human capital effectively.

EnergyBy Büşra Zeynep Özdemir DAŞCIOĞLU
Turkey`s assistance agenda as a recipient dates back to 1950s when the Marshall Plan supported some countries for recovering their economy after the Second World War. Under the plan, the USA supported Turkey in a wide range of sectors, from the military to industry, with a total of $150 million in aid. Besides the USA, Turkey has benefited from ODA provided by Japan and Germany, which are still among the biggest donors all around the world. The Japan International Cooperation Agency implemented its first project-type technical cooperation between 1973-1979, and the German Deutsche Gesellschaft für Internationale Zusammenarbeit supported the Turkish economy in different sectors during 1970s and 1980s.

There is no doubt that the late 1980s and 1990s marked a turning point in terms of Turkey’s development assistance strategy. While Turkey continued to receive aid from developed countries, it also started to deliver aid to other developing countries. For instance, the Sahel countries were the first recipients of Turkish aid in 1985. The institutionalization of the development assistance, however, could be achieved only after the establishment of the Turkish Cooperation and Coordination Agency (TIKA) in 1992, whose aim was to support transition economies primarily in Central Asia, the Caucasus and the Balkans. The period after 2002 has marked a new stage for Turkey`s development assistance strategy, and therefore for TIKA, as it opened up to the world, thanks to increases in the GDP of Turkey, and reached out to different regions including the Middle East, Africa and Latin America.Since 2004, Turkey’s ODA has increased markedly, reaching $3.9 billion in 2015. The vast majority of this ODA – 86 percent – was used to promote social infrastructure and services in the recipient countries, while 10 percent was for economic infrastructure and services, and 3 percent for the production sector in 2015. Especially with the recent dramatic increase in development assistance, Turkey has been credited with being one of the largest donors worldwide.

Having said this, Turkey`s remarkable efforts to increase its humanitarian aid capacity should deserve more domestic and international attention. It should be noted that Turkey`s approach to humanitarian assistance differentiates markedly from those of other donors. However, to deem Turkey’s development assistance and cooperation policies simply as humanitarian aid seems to oversimplify Turkey`s vision, efforts and activities in this field, as well as its potential to contribute to the field with its experience that has been accumulated over the last two decades.

In 2007, the Development Assistance Committee in Organization for Economic Cooperation and Development (OECD) introduced a new concept called Country Programmable Aid (CPA), in order to measure the volume of resources transferred to developing countries. The main goal of the CPA metric is to measure how much resources are delivered directly into the recipients countries. To do this, some components of ODA (such as humanitarian aid, refugee spending in donor countries, etc.) are not added to the gross ODA data. The remaining is considered as the direct resources transferred to the recipient countries.

When the CPA is taken into consideration, Turkey`s accomplishment can be understood more clearly. Until 2011, a great majority of Turkish ODA was also counted as its CPA. After that, however, the share has decreased due to the increase in Turkish humanitarian aid. In spite of its focus on humanitarian aid, Turkey`s development assistance in terms of CPA composes one-third of ODA in 2014, which reveals that Turkey was committed to increasing and diversifying its development cooperation with many countries all around the world.

While Japan has the largest number of beneficiaries with 141 recipients, the USA is the second with 132 countries. Turkey provides 125 countries with its aid, placing it among the top ten donors worldwide. Besides this, even though Syria is the main focus of Turkey; in terms of CPA, the recipients aided by Turkey have changed the most over the years. As a result, Afghanistan, Kyrgyzstan, Kazakhstan and Pakistan have benefited from Turkey’s assistance more than many other countries do.

This indicates three significant points regarding Turkey`s commitment to development assistance. Firstly, along with the fact that Turkey fulfils the increasing needs of its Syrian guests – as they are officially referred to – it has also been able to increase the number of countries which it cooperates with by providing them development assistance. Secondly, the top countries in terms CPA are high-income countries except for Turkey, an upper-middle income country. Lastly, institutions in Turkey related to development assistance and humanitarian aid seem to have kept pace with this trend. For example, TIKA currently has 56 coordination offices in different countries. It also works closely with its counterpart institutions, especially in Africa and Latin America, in order to share Turkey`s experiences in the field.

In order to comprehend Turkey`s effort on development assistance beyond humanitarian aid, we may have a close look at the procedure Turkey follows in selecting recipient countries and sectors. It is strongly based on a demand-driven orientation. Therefore, preferred sectors and implementation instruments may vary widely depending upon the needs of recipient countries. Since the main focus is to address the basic needs of the local people, Turkey generally implements specific projects rather than comprehensive programs.

To give an example, Turkey has implemented projects for developing radio/television/print media in the Balkans, in which transportation infrastructure is relatively developed, whereas projects to develop transportation systems have been applied in Asia and Africa, including such countries as Somalia and Afghanistan, in order to address the needs and demands of the local people in recipient countries. For instance, TIKA constructed a road between Poli Sohta and Darulamana Palace in Afghanistan. This road has then become a commercial and social attraction center. Likewise, an airport constructed by the Turkish government in Somalia has become a gateway that connects Somalis to the world. Another example is Bilge Tonyukuk road in Mongolia. TIKA constructed this road in order to ease transportation to the Orkhon Inscriptions, which have cultural and historical importance for Turks. As mentioned before, we mostly observe radio/television/print media projects in the Balkans. In this sense, many Turkish official institutions provide media equipment, and share technical know-how through training programs in Balkan countries such as Bosnia-Herzegovina, Macedonia, Albania and Moldova.

In order to appreciate Turkey’s achievements in humanitarian aid, as well as its vision and efforts in development assistance in a proper way, one needs to bear in mind the bigger picture.

Picture: Whirling dervishes perform at the Dome of the Rock at the Al-Aqsa Mosque compound in Jerusalem, Palestine, during the Nabi Mosa Festival sponsored by the Turkish Cooperation and Coordination Agency, TIKA in April 2016. 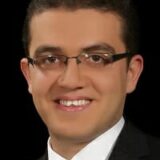 Gökhan Umut completed both his B.A and M.A in the Economics Department at Marmara University. Umut works in the OECD Development Assistant Committee on behalf of the Turkish Cooperation and Coordination Agency (TIKA).