Since the early 2000s, Turkey has experienced many ups and downs in its energy fight in the Eastern Mediterranean. Despite all, the country has always acted in accordance with its legal and de-facto rights throughout the process. 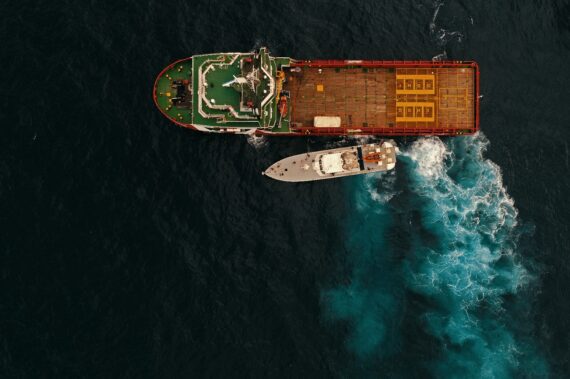 The discovery of hydrocarbon reserves in the Eastern Mediterranean during the last couple of years has reshuffled regional balances and rendered the region one of the critical centers for the world’s leading oil and gas companies. This new dynamic introduced many issues of debate among regional actors, including the limitation of maritime jurisdiction, and the extraction, processing and transportation of resources. While the majority of these issues are of particular concern to Turkey, a part of them directly target Turkey’s interests in the region. Therefore, it is not possible to consider Turkey’s regional activities without looking at these debates.

Shifting balances in the Eastern Mediterranean

The energy discoveries in the Eastern Mediterranean kicked off with the Tamar gas field in Israel’s exclusive economic zone (EEZ) in 2009. The region gave the first big signals of its potential with the Leviathan field in 2010. This development was followed by the discoveries of the Aphrodite gas field of the southern coast of Cyprus in 2011 and the Zohr field in Egypt’s EEZ –the biggest gas field of the region– in 2015. The latest discovery in the region has been the hydrocarbon reserves found in February 2019 in Block 10 by the ExxonMobil and Qatar Petroleum partnership authorized by the Greek Cypriot Administration.

The maritime jurisdiction issue, which has been a serious matter of debate since the times before the discovery of reserves in the region, is still among the top agenda topics of the relevant countries. The first step in this respect was taken with the agreement signed by the Greek Cypriot Administration and Egypt for the limitation of maritime jurisdiction in 2003. This agreement was followed by the Greek Cyprus-Lebanon agreement in 2007 and the Greek Cyprus-Israel agreement in 2010. Turkey, however, refused to accept all these agreements due to its arguments based on international law.

According to Articles No 59 and 83 of the United Nations Convention on the Law of the Sea, in cases where a conflict arises in jurisdiction, the delimitation of the continental shelf between states is required to be determined by agreements based on equity. But, in the present situation, Turkey is not allowed to have a say in agreements despite being an actor affected by them. Consequently, for Turkey, this issue preserves its priority among the problems to be resolved.

The East-Med Project corresponds only to 2 percent of the annual gas consumption in Europe. Thus, the project will not have a significant role in meeting the gas need of Europe.

Another subject that is on the agenda for the region is the issue of transporting the gas extracted in the region. So far, many alternatives to transport the extracted gas have been tabled. Regional states including Greece, the Greek Cypriot Administration, Israel, Egypt and Lebanon signed various symbolic pipeline agreements. Eventually, the East-Med Pipeline Project, which includes Israel, the Greek Cypriot Administration, Greece and Italy, has been opted for. This pipeline will start from Israel and connect resources to Europe via Greek Cyprus, Greece and Italy. The project is estimated to cost 7 billion dollars; but since the details of the project have not been announced, it is thought that these numbers are too optimistic and unrealistic. With this project, it is planned to transport 10 billion cubic meters of gas to Europe annually. This amount only corresponds to 2 percent of the annual gas consumption in Europe. So, unlike the claims, the East-Med Project will not have such a significant role in meeting the gas need of Europe. On the other hand, the route that aims to transport Israeli gas via Turkey is much more advantageous in terms of reliability and cost-effectiveness. But the attempts to exclude Turkey from this equation boosts support for the East-Med Project.

Another issue that is highly discussed in the context of the energy resources in the Eastern Mediterranean is the cooperation attempts for the processing of the reserves in the region. The most notable attempt in this regard has been the meeting held in Cairo in January 2019. With the agreement signed during this meeting, the Greek Cypriot Administration, Greece, Israel, Italy, Jordan, Palestine and Egypt established the Eastern Mediterranean Gas Forum. The parties argue that the forum was formed to share and benefit the Eastern Mediterranean gas and oil reserves in the best possible way. It is also claimed that the forum aims to establish a regional gas market that will serve the interests of its members by enabling the supply-demand balance and security. But the absence of Turkey, the Turkish Republic of Northern Cyprus (TRNC), Lebanon and Libya despite being among the leading actors of the region shows that the forum is not an inclusive cooperation initiative. Considered with all the other developments, this initiative appears as the latest version of the attempts to hamper Turkey being an active player in the region.

Turkey took its first major step to join the energy search in the region in 2007, when the General Directorate of Petroleum Affairs authorized the Turkish Petroleum Corporation (TPAO) in four fields by giving a favorable opinion on its authorization and exploration requests. This development is of critical importance since it rendered Turkey an active agent in the field. Also, the fact that these fields contain a part of the space claimed by the Greek Cypriot Administration demonstrates that Turkey de-facto started drawing the borders of its own continental shelf and exclusive economic zone.

Despite being leading actors of the region, the absence of Turkey, the Turkish Republic of Northern Cyprus, Lebanon and Libya from the Eastern Mediterranean Gas Forum, shows that it is not an inclusive cooperation initiative.

Another significant step by Turkey came in 2011. On 21 September 2011, Turkey and the TRNC signed an agreement on continental shelf limitation, which has been the first official agreement for the determination of maritime jurisdiction. With this agreement, the TRNC also authorized TPAO to search and extract oil in the fields stated in the agreement annex. Following this development, Turkish flagged Piri Reis exploration vessel kicked off its oil and gas search efforts in the authorized fields.

After this, Turkey maintained its energy quest by protecting its rights in the Eastern Mediterranean and entered a critical period that witnessed a series of important developments in 2018. In February 2018, Italian company Eni attempted to conduct exploration works in Block 3, one of the blocks where TPAO is authorized by the TRNC. Upon that, Turkey declared that it did not recognize these initiatives. But as the opposite side did not step back, Turkey prevented the advance of the Saipem 2000 vessel owned by Eni in the region as a continuation of its policy on the grounds that the vessel’s exploration activities in the field violate international law.

Turkey continues to prevent initiatives violating international law and maintains its energy quest by protecting its rights in the Eastern Mediterranean.

Turkey is preventing the initiatives that it argues to violate international law in the Eastern Mediterranean while continuing its endeavors to demand its rights in the region. One of the most apparent signs of this endeavor is the start of seismic exploration vessel Barbaros Hayrettin Paşa’s exploration works in the Güzelyurt Research Coast in the Eastern Mediterranean in October 2018. However, Turkey confronted yet another hampering attempt in the region when the vessel was harassed by a Greek frigate. Displaying a determined attitude against this move, Turkey expressed that it does not wish to see or cause any tension in the region but such initiatives will not refrain the country from using its rights based on international law.

Turkey has consolidated this rhetoric with its new and considerable steps. A short while after this incident, in late October, Turkey’s first drill ship Fatih kicked off its drilling works in Alanya-1 well, bringing Turkey one step closer to the energy hydrocarbon reserves in the region. More, in order to receive support over the course of these initiatives, TPAO made agreements with U.S.-based Schlumberger, one of the world’s biggest oil field service companies, and the U.S.-based Rowan Companies for platform support. In doing so, the first step was taken in paving the way for international cooperation in Turkey’s activities.

Turkey’s Barbaros Hayrettin Paşa vessel was attacked by a Greek frigate. Turkey expressed that it does not want to cause any tension in the region, but stated that such initiatives will not refrain the country from using its rights based on international law.

And lately, Turkey has announced that its new drill ship Yavuz will soon start operating in order to carry the country’s determined exploration activities one step further. This announcement came shortly after ExxonMobil announced that it discovered natural gas in Block 10 offshore Cyprus, which shows that the country will continue demanding its rights and assert its presence in the region despite all the efforts to undermine it.

Since the early 2000s, Turkey has experienced many ups and downs in its energy fight in the Eastern Mediterranean. Despite all, Turkey has always acted in accordance with its legal and de-facto rights throughout the process. As the present situation is viewed in light of the latest developments, Turkey is expressing at every opportunity that it will not allow the usurpation of its rights in the region by predicating its arguments on legal grounds. Meanwhile, with its fast-paced drilling activities, the country continues to show its presence in the region despite all hampering attempts.

Also Read
Will Russia Back Turkey in the Eastern Mediterranean?