Here are the main prospects and challenges facing Turkey's marking its maritime borders with Egypt and Palestine. 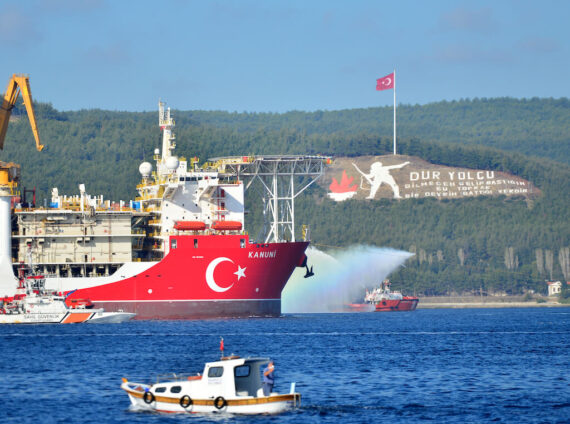 Turkey's third drilling ship, Kanuni is seen as it is starting to pass the offshore waters of Canakkale for a drilling mission in Black Sea, Canakkale, in Turkey on October 18, 2020. Photo by Burak Akay. Anadolu Agency.

The Eastern Mediterranean is a relatively narrow strip in the Mediterranean Sea surrounded by the coasts of ten different states, making coastal relations between these countries a technically complex issue. In addition, the area contains islands including the island of Cyprus and numerous Greek islands, which further complicate the maritime delimitation.

Such technical matters, however, do not represent the whole picture. There are fierce political confrontations in the Eastern Mediterranean such as the well-known Palestine issue, the Cyprus issue, as well as the uneasy political relations between Greece and Turkey, Egypt and Turkey, Syria and Turkey, Israel and Syria, and Israel and Lebanon.

Firstly, all these agreements have been objected to by one or more of the other concerned regional states making the agreements another source of friction. Secondly, there are maritime areas that are yet to be delimited; some of them directly concern Turkey such as the delimitations between Turkey, on the one hand, and Greece, the GASC, Syria, Egypt, and Palestine, on the other.

Legally, Turkey and Egypt have opposite coasts in the Eastern Mediterranean, which do not involve complicating geographical features such as islands. Establishing maritime borders seems a relatively straightforward matter between the two countries. However, there are legal and political elements that adversely affect this process.

The elimination of the friction necessitates essentially the revision of these delimitation agreements in accordance with Turkey’s expectations. Despite the difficulty involved in such a revision, Turkey still considers the delimitation negotiation with Egypt beneficial.

It should be noted that the only way to establish internationally valid maritime borders is by signing international delimitation agreements – not via unilateral declarations. Turkey, therefore, sees some benefits in establishing legally valid maritime borders with Egypt. Moreover, this would contribute to the improvement of the cooperation between the two countries in the related energy fields.

In light of the existing circumstances, there actually seems to be a great prospect for such a development. The Egyptian side has mostly complained about the Turkish attitudes or rhetoric towards the Abdel Fattah el-Sisi government. This issue, however, could be resolved relatively easily by the adaptation of a new mutual discourse. 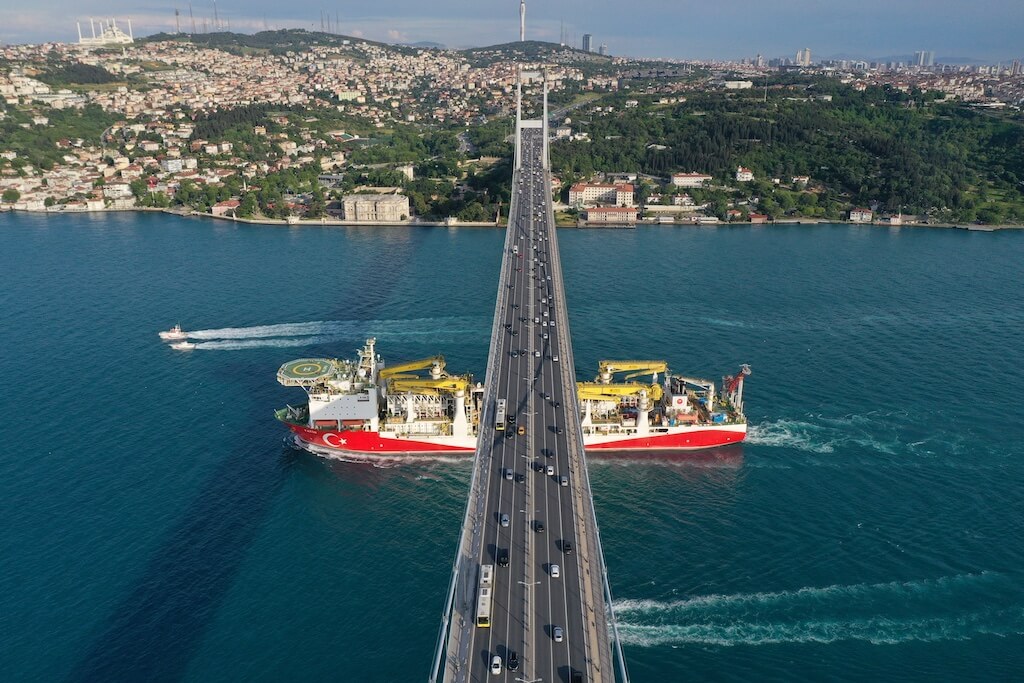 A file photo dated May 29, 2020 shows an aerial view of Turkish drilling vessel 'Fatih' passing under the July 15 Martyrs' Bridge as it is on the way, in Istanbul, Turkey. Photo by Muhammed Enes Yıldırım. Anadolu Agency.

It should be emphasized that Egypt has so far preferred to proceed with the GASC and Greece when it comes to maritime arrangements despite Turkey’s continuous objections. There is, therefore, a possibility of Egypt not proceeding with Turkey so as to revise the existing agreements simply because it may not want to sacrifice the established relations with Greece and the GASC.

Egypt still seems sensitive about its relations with Greece and the GASC while handling the process with Turkey. When noting that the relations between Egypt and Turkey would improve steadily, the Egyptian Foreign Minister Sameh Shukry also pointed to the fact that it will not be easy. Therefore, it is not appropriate to expect that Egypt will unconditionally support Turkey’s all desired moves in the Eastern Mediterranean.

Moreover, the historic rivalry or political competition between Turkey and Egypt over the Middle East will not disappear anytime soon. As a result, the improvement in the existing relations may take more time than expected.

Legal and Political Challenges to a Border Agreement with Palestine

Though technically possible, there are some legal and mostly political impediments to this proposal. As the potential delimitation will be based on the coasts of the Gaza Strip, the political division inside the state of Palestine creates the issue of who the “legitimate legal authority” is to sign such an agreement with Turkey.

Politically, the issue is even more complicated. The Palestinian Authority government has so far followed a policy which is closer to the Egypt-Greece forum on the Eastern Mediterranean maritime issues. Palestine is a member of EastMed Gas Forum along with the GASC, Egypt, France, Greece, Israel, Italy, and Jordan. It would be immature to expect that the Abbas administration would sign a maritime delimitation agreement with Turkey at the expense of negatively impacting its relations with the above countries.

A similar attitude may be expected from Israel. Although the relations between Turkey and Israel are currently at an improvement stage – President Erdoğan congratulated Prime Minister Naftali Bennett and the two heads of state held a phone call recently –  there are no appropriate circumstances for Israel to support a possible Turkey-Palestine delimitation agreement. Israel is in a process of an accelerated application of the EastMed Energy Project to deliver its natural gas to Europe through an EastMed pipeline.

Israel, Greece, and the GASC have already signed a deal on January 2, 2020, to build a 1,900 km long subsea pipeline to carry natural gas from the Eastern Mediterranean’s rapidly developing gas fields to Europe. Moreover, Israel already ratified the agreement in July 2020. Therefore, one can expect that Israel would prefer to avert any possible delimitation agreement between Turkey and Palestine, which would further complicate the exiting issues.

Since the maritime area to be delimited by a possible Turkey-Palestine agreement has already been delimited through the Egypt-the GASC Delimitation Agreement of 2003, it is inevitable that Egypt may also oppose such a delimitation agreement.

Considering the above legal and political complications that emerge from both the Palestinian internal rift and the well-known positions of two closely related States, namely Israel and Egypt, a possible delimitation agreement between Turkey and Palestine seems not to be an easy one to conclude. The fact that such a delimitation agreement is legally appropriate does not therefore make it politically prospective in the near future. 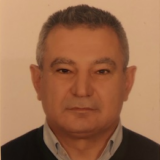