Lessons ought to be taken from failures and intelligence needs to be developed with a proper management policy. Turkey has the relevant manpower, organizational capacity, tools and technology, and political will in order to realize a transformation in intelligence. 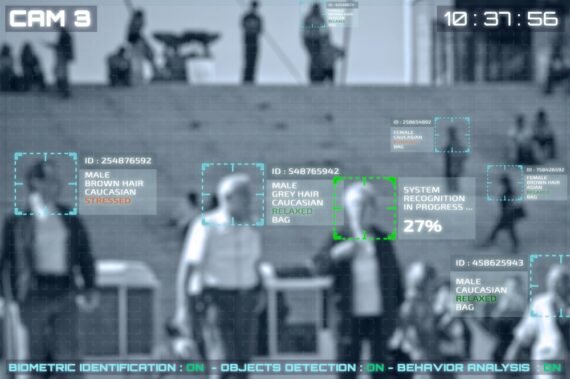 Intelligence is a field that is really problematic with its own confidentiality to be investigated, understood and made sense of. Academic studies in the field are mostly the product of former intelligence sector employees or those individuals who have the “curiosity.” In addition, those who write dissertations in the field of intelligence tend to do more literature search than investigation.

Intelligence studies conducted on specific countries are unfortunately insufficient for reasons such as difficulty in accessing intelligence activities, which are confidential, law enforcement and drowning in the line between conducting an academic study and creating conspiracy theories. However, it is necessary to conduct relevant studies and make intelligence a field in academia in order to understand the scope and method of the area.

The scope of intelligence

Identification is the most difficult part of intelligence. When considering its general practice, it is the curing of information gaps for national security by making sense of intelligence data, providing early warnings and presenting the “picture” that is conceived through foresight to decision makers and institutions. So, there is no discrimination such as peace-crisis-war in the production of intelligence. In a systematic way, the following tasks are expected from intelligence employees:

A classification considering the institutions mediated to produce intelligence can make research easy. In the evaluations made on the basis of the institution, the academic opinion that intelligence is an art because it requires science and foresight is based on tangible findings such as a “multi-disciplinary” field.

Military intelligence accounts to the production of military information needed for conditions of war and crisis and for military tasks specified under the law. It is professed under the responsibility of the Ministry of National Defense in order to fill the “information gap related to threats from air and land,” which is a cliché in military literature. Military intelligence activities that begin during times of war and crisis should also be enforced during periods of peace due to the possibility of being late in terms of timing. Thus, military intelligence is expected to examine the capacity of a nation’s military capacities or the military capacities of actors that may be threatened during times of crisis.

The private intelligence activities of individuals and the business world are limited due to legal regulations in Turkey. However, the business world can examine data that belongs to other companies they compete with within the framework of their own agenda and by using legal means available to the public during this period. On the other hand, it does not seem possible for individuals to conduct intelligence activities for the privacy of personal data and the protection of private life.

The issue of how effective Turkish intelligence is currently and how effective it was before the July 15 coup attempt is still a question that is being discussed. Effectiveness in this regard can be measured in two ways:

A second method of measuring success or failure is evaluating the results desired on the national agenda or observing the management of events in the direction of national interests. In the evaluation of MIT, which is the dominant coordinator of intelligence and the sole responsible organization in ensuring the security of Turkey, taking preventative measures against the re-occurrence of an event such as July 15 can be considered as a success criteria in the struggle with such a terrorist organization. It is now well accepted that MIT was too late in preventing the July 15 coup attempt. However, following the coup, efforts to clear FETO staff in government institutions and taking proactive intelligence measures in the developments on the southern border are positive signs.

The intelligence structure of the police and gendarmerie was abused by FETO prior to the July 15 coup attempt. This illustrates a failure in the fulfillment of evaluating the effectiveness of intelligence efforts of law enforcement officers. In the aftermath however, with the fight against FETO, efforts in the field of crime and counter-terrorism, in parallel with the success achieved in domestic counter-terrorism are clear. In the context of military intelligence, the weakness of exposing FETO members before July 15 is a weak point. Again however, in the aftermath of the coup attempt, while carrying out successful land and air operations, counter-terrorism measures taken by the Special Forces promise hope for the activity of military intelligence in Turkey.

Intelligence is a function that states perform in both full productivity and privacy. When the general norms for intelligence and its organization in practice – starting from the definition and scope of intelligence – are analyzed, it can be stated that Turkey took measures in the aftermath of the July 15 coup attempt, and is continuing to take measures for a concrete intelligence structure that will bring positive change. In this context, lessons ought to be taken from failures, and intelligence needs to be developed with a proper management policy that includes science and arts, with reference to duties stated in the law. Turkey has the relevant manpower, organizational capacity, tools and technology, and political will in order to realize the relevant transformation.