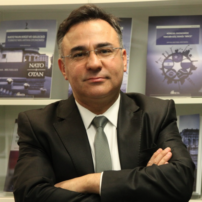 Al-Bashir is of Afro-Arab Syrian origin, and her involvement in a terror attack was intended…

New foreign policy is no longer only about representing the head of state abroad, but…

Ultimately, the Astana Process reflects the nature of politics today.

The vital question then is, “Who is whose enemy and who is whose friend?”

NATO needs a clear strategy to project the new normalcy.

A low profile, indirect but sustainable conflict model between the US and Turkey can be…