Decoupling from a global economic trend is a difficult task; achieving it requires implementing reforms in a systematic, coordinated and decisive way. Turkey did a good job in implementing first generation reforms. Why not again? 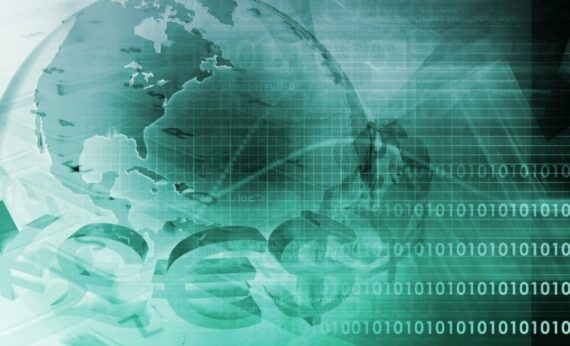 Many economists believe that the developed countries have been unable to wriggle themselves out of the effects of the Global Financial Crisis (GFC) completely, and that they are in a low growth period, which is likely to last another 5 years or, even, a decade. This period is commonly called the “new normal”. Some economists argue that this new normal of slower growth has been caused by inadequate demand, while others emphasize that supply-side factors such as sluggish productivity growth has been preventing developed countries from coming round. No matter what the cause, the new normal is a non-negligible fact for developed countries.

Developed countries are in a low growth period, which is likely to last another 5 years or, even, a decade.

Like other developing countries, Turkey also faces new economic challenges under the new normal. Let’s try to understand how the Turkish economy stood firm against the GFC and then to analyze why the current conditions are different from the past. There are different reasons that could explain Turkey’s strength against the GFC. Firstly, the Turkish financial system has been well-regulated and supervised since the 2000/2001 crisis. Secondly, strong public finance (low public deficit and debt) prevented any need for Turkey to take austerity measures. Thirdly, the Turkish financial system is not so deep and complex. It didn’t actively engage in risky or complex financial instruments. Lastly, Turkey’s diversification of export markets compensated for a loss of exports to EU countries during the GFC.

The problem with the current situation of low global economic growth is not directly related to financial markets. It is more about the real economy. For this reason, Turkey’s relatively strong financial system cannot be counted as a big advantage for Turkey at this time. The adaptation of a multidimensional foreign policy had increased Turkey’s economic cooperation with its neighbor countries (Russia, Syria, Iraq and Iran). This development has not only expanded Turkey’s export volume, but has also reduced dependence on exports to EU countries. After the slowdown of the European economy, Turkish exporters compensated by focusing more on MENA countries and Russia. Russian and Middle Eastern markets stood in the breach. This strategy worked well until 2014. But, strained relations with Russia after the downing of the Russian jet, and the deteriorating situation in Syria and Iraq have caused severe damage to Turkish exporters. Therefore, Turkey’s diversified export channels cannot provide adequate support for its economy this time.

Now, Turkey should confront the challenges of the “new normal” in an aggressive way.

All these developments indicate that Turkey should now confront the challenges of the “new normal” in an aggressive way. Policy options are different for the short-run and the long-run. Short-run policies (fiscal and monetary policies) are not so special and unknown receipts, but this doesn’t mean that they are inessential. Fiscal and monetary tools are necessary for short-run stabilization. Since public finance has room to maneuver, expansionary fiscal policies (e.g. increasing public infrastructure investments, cutting taxes on technology-oriented domestic products) may boost the economy and create new jobs. The central bank could also loosen its monetary policy to the extent permitted by the interest rate decisions of the Fed and other major central banks.

Long-run policies are more important to boost economic growth and put Turkey back on a prosperous path. In the long-run, Turkey needs to further increase its technology and productivity level. It should also reduce the high dependency of its manufacturing industries on foreign inputs, in order to increase value-added growth and to reduce the current account deficit. To make this happen, Turkey should encourage more R&D and innovation activities by strengthening the link between research and business applications, improving the business and investment environment and boosting the quality of its universities. Turkey also needs to attract high-tech foreign direct investments to close its technology gap.

Turkey should encourage more R&D and innovation activities by strengthening the link between research and business applications.

The current situation in Turkey’s main export markets indicates that Turkey has to further diversify its export markets by focusing more on East Asian, African and Latin American countries. Therewithal, in order to sell more goods to existing export markets, Turkey should diversify its products, especially high-tech ones such as software, microelectronics, nanotechnology, biotechnology and information and communication technologies.

Finance plays a critical role here, as it allows firms to adopt more recent technologies, to conduct more R&D, to introduce new products to the market and to export more. To reap the benefits of financial markets, you should first fuel them. Although foreign capital is an alternative, channeling domestic savings to the financial markets is the most appropriate way of fuelling financial markets for developing countries. With that said, the current savings rate in Turkey is inadequate. Gross domestic savings as a percentage of GDP is about 13% in Turkey. High domestic savings played a key role in the East Asia Miracle. China and India followed a similar path by saving more than 25% of their income, just as Japan and South Korea did in the past. To invest more in physical capital, human capital and R&D activities, Turkey should increase its domestic saving rate. Diversifying financial investment opportunities is a way of increasing domestic savings. Supporting private equity and venture capital and increasing Islamic finance products such as sukuk might encourage savings in Turkey. Policy makers should take some steps that encourage banks to focus more on credits to SMEs and technology based firms rather than on household credits.

Turkey needs to grow at least 5 percent per year on average in order to achieve its medium and long-term economic targets.

Education reform is another necessity for Turkey. Although Turkey is making progress in educational attainment, the average number of years of schooling remains only 7.6. With its human capital stuck at this level of education, Turkey cannot transform the structure of its economy based on technological and high value-added products. Turkey needs to increase both quantity and quality of its education. As the results of the Program for International Student Assessment (PISA) indicate, Turkey has lots of room to improve students’ math, reading and science skills. In addition, the education system in vocational schools and universities should be revised based on the needs of the Turkish economy. Broadening access to apprenticeships and internships, and increasing the quality of these practical trainings are also necessary to benefit more from the human capital of Turkey’s large young population.

Turkey needs to grow at least 5 percent per year on average in order to achieve its medium and long-term economic targets. But, the new ab-normal state of the global economy and geopolitical risks have put a number of obstacles in Turkey’s economic development path. Therefore, Turkey should carry out these necessary reforms as soon as possible in order to pass this stretch of bumpy road without slowing down too much. Decoupling from a global economic trend is a difficult task; achieving it requires implementing reforms in a systematic, coordinated and decisive way. Turkey did a good job in implementing first generation reforms. Why not again?