Several Middle Eastern and African countries such as Saudi Arabia, Somalia, and Egypt expressed interest in purchasing the Turkish UAVs. 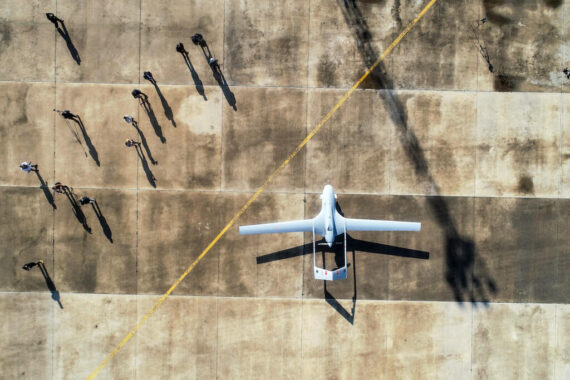 Turkey’s military UAVs (unmanned aerial vehicles) created a storm in and around the Middle East with a lot more potential in the bag for the industry’s future. The Bayraktar TB2s immense impact on the Turkish military operations in Syria and the Nagorno-Karabakh conflict created a momentum for more exports. As several countries publicly announced that they were considering acquiring these smart weapons systems, a number of countries penned contracts with Turkey to purchase them swiftly.

The potential impact for this export momentum is threefold. First, the export of UAVs to Eastern Europe will create a new dimension to NATO’s security approach against Russia. Second, it will encourage other Eastern European or even European countries to purchase these military systems. Third, if we look at the issue’s security dimension, the Turkish military superiority in NATO and the Middle East will be strengthened as the systems will transform into a prestige and tactical presence.

Eastern European countries such as Hungary, Latvia, Albania, Serbia, and Poland have all expressed interest in the Bayraktar TB2s, which has been on the front burner since the decisive Turkish operations in Syria. The Turkish aerial superiority resulting from the UAVs become the hotbed of discussions as the Russian air-defense systems such as Pantsir-S1 and S-200s were damaged or destroyed on several occasions.

As the military records of destroyed air defense systems became viral, the Bayraktar TB2 has attracted attention in almost all regions of the world. This interest was crowned by several procurement procedures and memoranda of understanding between Baykar Inc., the producer, and countries like Qatar, Azerbaijan, Poland, and most recently Albania.

Baykar Inc.’s exports were globally discussed when Russia’s rival, Ukraine, decided to import this technology in 2019. Twelve Bayraktar UAVs and three ground control stations (GCS) were purchased for $69 million with a 5-unit addition in 2020. There were statements about a joint venture between Ukraine and Turkey (including Ukrspetsexport and Baykar) to produce aerial technology and precision systems. It was stated that Turkey allowed Ukraine to sell the domestically produced TB2 drones to clients other than those of Turkey. However, the exact content of the agreement is yet to be made public.

Eastern European states such as Poland, Bulgaria, Hungary, Latvia, Albania, and the Republic of Serbia have publicly announced their interest in purchasing Bayraktar TB2s.

The Eastern European interest in Baykar’s UAVs has become more salient after the second Nagorno-Karabagh War in 2020. The Turkish help to Azerbaijan through the Bayraktar TB2s dramatically changed the course of the interstate conflict. However, the explosive development in exports occurred in 2021 as most interested states overcame their political burdens and actualized their demands through diplomatic channels. Eastern European states such as Poland, Bulgaria, Hungary, Latvia, Albania, and the Republic of Serbia have publicly announced their interest in purchasing Bayraktar TB2s.

Poland and Turkey finalized an agreement for the procurement of 24 Bayraktar TB2s with deliveries to begin next year. This 24-unit procurement deal includes training and the purchase of anti-tank missiles, which means that the deal will easily surge over the $100 million threshold with the addition of a minimum of 3-5 GCSs that are necessary to operate the systems.

While the defense sector was busy analyzing and trying to grasp an EU and NATO member’s acquisition of this Turkish military system, Albania also confirmed a procurement worth more than $9 million indicating that the country will obtain at least two Bayraktar TB2 units from Turkey. The Latvian Defense Minister visited the Baykar Inc. headquarters in the beginning of June 2021 which created a perception that it might be the next country to import the UAVs.

However, the interest in Turkish military systems is neither limited to Bayraktar TB2s nor to Eastern Europe. The Turkish UAVs have made their impact on North African skies several years ago through exports and the Libyan civil war. The first country to import the Turkish UAVs was Tunisia in 2020 with the first Anka UAV manufactured by Turkish Aerospace Industries.

Moreover, several Middle Eastern and African countries such as Saudi Arabia, Somalia, and Egypt expressed interest in purchasing the Turkish UAVs in the future. The Turkish expansion of military technology into Africa caused serious challenges for France as Khalifa Haftar’s forces were defeated thanks to the UAVs’ military superiority.

The battle-proven Turkish military systems might create the opportunity for states with security challenges such as Libya, Somalia, Rwanda, Sudan.

This process might hint at the same potential impact in other African countries with sovereignty issues such as Morocco (Western Sahara), Somalia, Ethiopia, and Sudan. Increasing Turkish influence in these territories might challenge EU and the U.S. gains in this region while encouraging these states to resent the status quo.

The battle-proven Turkish military systems might create the opportunity for states with security challenges such as Libya, Somalia, Rwanda, Sudan, etc. to control their territory effectively and fight against terrorist activities at home. The Turkish military experience in Turkish, Iraqi, Afghani, and Syrian territories might also serve as leverage for the increasing Turkish influence and trust in Turkish military technology.

It is well known that Turkey has expanded its military technology to African markets through procurement deals with Morocco, Tunisia, Somalia, Sudan, and Rwanda. The EU leaders and Russia might feel concerned because of this expansion, a feeling which could extend to Eastern Europe as well.

Foreign concerns about Turkish UAVs’ increasing presence in the coming decade is not limited to Western countries. The Middle East and North Africa (MENA) has been the primary destination for Chinese military UAVs too. Thus, an increasing Turkish presence in this sector might directly hinder the Chinese export and influence in MENA.

Moreover, if all of the potential buyers in Eastern Europe such as Bulgaria, Latvia, Hungary, and the Republic of Serbia finalize their procurement of Bayraktar TB2s, then three out of four continental neighbors of Greece and two out of four European neighbors of Russia will protect their borders using Turkish UAVs.

Bayraktar TB2 UAVs is seen during the test flight at the military base located in Hmelnitski, Ukraine on March 20, 2019. As of January 2019, Turkish Armed Forces had a fleet of 75 Bayraktar TB2 platforms. Earlier in January, Poroshenko announced that Ukraine signed an agreement to purchase Bayraktar TB2 armed UAVs from Turkey for the Ukrainian army. Photo by Ukraine Presidency, Mykola Lararenko via Anadolu Images

When these two factors are considered together, it becomes apparent that the Turkish leap in the UAV technology will earn some of the share that was long preserved by the West and China – the new Eastern contender.

Moreover, the use of Bayraktar TB2s in Syria and Azerbaijan in 2020 proved that they’re not merely capable of monitoring and defending territories but can also effectively carry out attack missions. This aspect propounds the notion that the Turkish UAVs are going to have an impact on the offense-defense balances in these regions.

The changes to the status quo in regards to the manufacture of UAVs might set forth political turbulences in the EU and NATO led by the French dismissal of the Turkish penetration of the EU in terms of military technology. All in all, Turkey’s military procurement deals with Poland and Albania created another dimension in the European security discussions which are destined to have a lasting impact on the coming decade.