Defense industry cooperations between Saudi Arabia & Turkey offer great opportunities for both, including the transfer of defense know-how to Saudi Arabia. 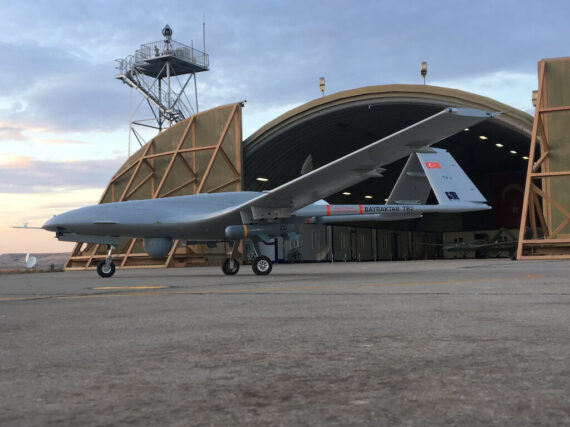 Middle Eastern politics experienced the peak of Turkish-Saudi partnership during the 2015-2016 period as ASELSAN, one of the top Turkish defense companies, signed a tripartite memorandum of understanding (MoU) with promising Saudi defense companies TAQNIA and KACST.

TAQNIA also established a joint venture with ASELSAN in 2016 with the potential of initiating similar trends amongst Saudi Arabia’s strategic partners in the Middle East. These agreements were the outcome of former initiatives started in 2013 by Saudi Arabia to reduce the national manufacturing skills gap in the defense sector.

Saudi Arabia, then, turned to Turkey seeking military cooperation both in technology and training as its Western partners designated the country as a client of weapon systems and excluded it from all knowledge transfer programs. However, the Saudi struggle with the 2nd Obama administration regarding weapon sale deals worth over US$80 billion ignited an internal reaction against Western dependency in defense provision.

The Turkish-Pakistani defense cooperation was a clear example for the Saudis of Turkey’s eagerness to share know-how with a regulated sense of regional cooperation.

However, this process came to a halt when the potential regional independence succumbed to regional and political rivalry. The Saudi and Emirati position towards Turkey after the July 15th coup attempt in 2016 caused a root-to-branch transformation in the Turkish attitude towards these two countries.

The Gulf Crisis in 2017 forced Turkey and Qatar, strategic partners with function ties, to be in the opposite camp of the Arab states that gathered under Saudi leadership. The assassination of Jamal Khashoggi by Saudi officials in Turkey in 2018 caused a trauma in the bilateral relations with a resulting stiff political rivalry and a reciprocal antagonistic discourse.

Donald Trump’s presidency in the United States strengthened the aggressive political discourse by the Saudi leadership against Turkey. Moreover, Bahrain, the UAE, Sudan, and Morocco normalized their relations with Israel forcing Turkey to rehabilitate its bilateral affairs with the latter to avoid stigmatization as a “troublemaker.”

However, the Saudi stance toward the two-state solution may facilitate a common bilateral foreign policy with Turkey towards the Palestinian issue in the long run. This aside, the normalization with Israel and the Turkish-supported GNA victory in Western Libya, the Saudi-UAE de jure rule in Yemen, and the Turkish-Russian de facto rule in Syria stabilized regional affairs and put volatile stalemates on hold.

Under these circumstances, Saudi Arabia and Qatar agreed to cease the ill-functioning Qatari blockade with a potential of swift recovery for a region struggling with pressing economic conditions during the COVID-19 pandemic. One fundamental reason behind the Saudi retreat is the prospect of the four-year Democratic leadership in the U.S., which is going to corner Saudi Arabia in the region in several aspects.

The peak of the Turkish-Saudi bilateral affairs coincided with the second-term of Barack Obama’s Democratic administration – a fact that is no coincidence. The Biden administration will not endorse the Turkish and Saudi bargains in the region which, in turn, forces these two influential actors to build a single-issue alliance until the tide goes out.

However, the heightened hopes on both sides resulting from positive signals did not last long and the process seems to be currently on hold. The Saudi-Greek military drills in March 2021 escalated tensions and hindered a chance of reconciliation between Saudi Arabia and Turkey.

However, there are potential areas for collaboration between Turkey and Saudi Arabia that would be reciprocally lucrative. The history of defense collaborations between the two countries indicates that there was a high Saudi demand for cooperation with Turkish defense experts on how to build a comprehensive road map for the country.

Turkey can collaborate with Saudi Arabia in the defense sector as Turkey is looking for alternative export destinations and investment flow.

The first area of collaboration between the two countries might be expertise and sectoral knowledge transfer to the Saudi side and its satellites in the region. A fundamental, intangible asset that the Turkish defense industry can offer the Saudi leadership comes in the form of defense industry capacity capacity development and maintenance.

In fact, extensive regulations and invisible barriers usually force industries in their infancy to seek to export. When it comes to collaborating with Saudi Arabia in the defense sector, another benefit for the Turkish side is that it is looking for alternative export destinations and internal investment flow that would regenerate the economic shortages in the defense industry.

Matching the security needs and demands of Middle Eastern states with the Turkish defense industry’s production is not only essential for Turkish exports but also for a recovery process. However, the history of Turkish defense exports to the Middle East bears clues to the sectoral demands through which potential collaboration and cooperation areas crystallize.

Before the diplomatic and political crises in the Middle East and the Persian Gulf, the arms exports and collaboration projects for armored vehicle systems were accelerating at a significant level. For instance, Turkey was modernizing the Saudi M113 armored personnel carriers (APCs) (over 1,200 in total during 2008-13) with an assembly line established in the receiving country while Turkish armored vehicles company Otokar and Emirati company Al-Jasur initialized the production of 400 Rabdan 8×8 APCs (2017) in the United Arab Emirates.

Read: Biden’s Recalibration of Saudi Relations Could Spell the End of MBS

Turkish defense collaborations and exports do not remain restricted to the land defense systems as Pakistan, Egypt, and Qatar have utilized Turkey’s naval system with several procurement deals including MILGEM corvettes, MRTP-20 Improved Fast Intervention Crafts, and MRTP-33 Fast Patrol/Attack Crafts. As the turmoil in the Persian Gulf and the Gulf of Aden disturbed international maritime trade, Middle East destinations such as Saudi Arabia, Oman, UAE, Qatar, and Kuwait sought more expensive European and U.S. alternatives; for some states, the reason was the impasse with Turkey, and for others, the increasing one-way dependency.

Turkey expresses eagerness in collaborating with countries that have the required capital and workforce. With the several procurement and collaboration prospects at hand, the members of the Gulf Cooperation Council (GCC) might be able to establish a know-how transfer platform.

There are also other sectors with a sound Turkish footprint such as unmanned aerial vehicles (UAVs), missile and radar technologies, electronic warfare, and air defense systems that could be part of a possible Turkish-Saudi partnership. Considering the exports to the Middle East of several self-propelled MRLs and their missile systems, Cirit laser-guided missile systems, and the ASELPOD (Aircraft Electronic Optic Targeting and Surveillance System), there are several options with leverages offered by the Turkish defense industry.

For instance, the ATMACA anti-ship missile with an effective firing range of 220 km offers a great opportunity for securing the Gulf shores. The HISAR-A short-range AD offers greater sovereignty for Saudi Arabia’s borders with Yemen. The patrol craft and corvettes produced by the Turkish industry are cheaper and “comfortable” options with no political luggage added at the sale stage. The ATAK and ATAK II attack and reconnaissance helicopters offer great potential for aerial support in a terrain mostly surrounded by deserts. The ALTAY main battle tanks are another potential alternative to the pricy procurement deals with the West bearing expensive maintenance packages.

Apart from the fact that Turkey’s defense industry offers numerous potential solutions for the security concerns of Middle Eastern countries, there is an economic inflow and export-based development opportunity for Turkey too. In a categorical manner, the resumption process currently on hold may benefit both sides especially under a pressing Biden administration in the United States.

The defense industry is a sound method to establish functional ties between Saudi Arabia and Turkey in order to reduce the impact of catastrophic events (such as the 2016 coup attempt and Khashoggi’s assassination) and maintain the bilateral ties intact. The defense industry offers great opportunities for profit and benefits for the long-term future for both sides.

Also Read
War Within War in Yemen: Agendas and Prospects of Warring Parties