I remember that almost a decade ago, an international consortium was going to be established in order to have a search and drilling process in north-west of Indonesia. Though there was an attempt to get an initiation for this quite fruitful investment, the representatives of the Turkish government in the region did not support it in any way, rather arguing that Turkish companies had no experience in this particular business. 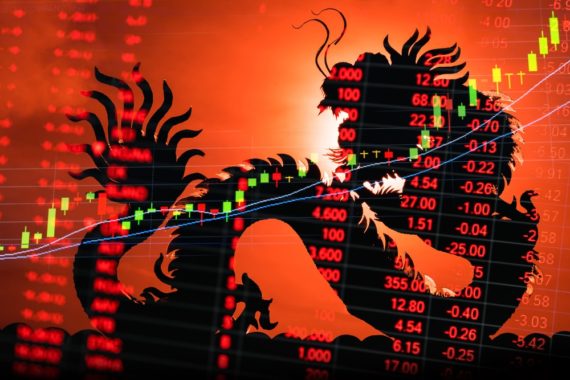 Within a few decades, the political stability in Turkey ensured economic modernization in a sustainable manner. There is no doubt that this is a widely accepted truth and a reason behind Turkey becoming a member of the G-20. Turkey wants to play big and become a global political player in the coming decades. Pertaining to this strong political will, the country now thinks about how to expand its economic activities by upgrading its currently established conventional trade and investment environments.

Successful developmental models in the Asia-Pacific

Though the current global economic stagnation has caused some significant obstacles for sustainable development in recent times, it is undeniable that the East and Southeast Asia are still considered as engines for global production and consumption processes.

In fact, these regions are also part of a larger geographical setting, namely, the Asia-Pacific region, which has significant future prospects. Some circles even express a greater vision of the connectivity of the region by including India as well.

Such aspirations were observed in the latest ASEAN summit in Bangkok in June this year. Though there is a political aspiration inherent in this view, nobody can deny India’s status as an emerging economic power house, which will be giving a new shape to current relationships.

An analytical approach to the developments in the last half century would indicate that the positioning of Asia-Pacific as a regional establishment in terms of economic modernization is not a new phenomenon. The Asia-Pacific region has been increasingly playing a crucial role for the progress of the global economy. And beyond this, the region has been quite successfully reconstructed considering 21st century globalization.

The early signs of this development were seen in the role of the People’s Republic of China (PRC) in the initiation of the reconstruction of the U.S. in the early 1970s. Today, all major and minor actors in the global setting undeniably agree that the power house called China is determinant in not only regional, but also global economic progress.

In retrospective analysis, Turkey is seen to have been busy and stuck in domestic issues pertaining to political rivalry among ideologically divided parties. As a result, we should honestly say that it has been missing the opportunity to focus accordingly on the Asian developmental perspective for a while.

While this latter issue is still relevant in the context of the rapid progress of the Asia-Pacific, Turkey should have a bold vision to expand and improve its economic capacity through various fronts. But as a first condition, it is a must to overcome the issue of geographical distance, which is a repeated argument by concerned parties that see it as an obstacle. Ending this distance, which constitutes a psychological barrier as well as a source of contention in front of business initiations, should definitely be a priority.

To expand into the Asia-Pacific economically, Turkey must first overcome the issues of geographical distance and psychological barriers.

The strong regional improvement of the Asia-Pacific has been observed in the last half century. Major analysts in the West have been arguing why Western business circles should strongly reposition themselves towards this region in various fields pertaining to economic development, international finance and investment environment, reaching towards and dominating the newly emerging markets in the Asia-Pacific.

With regard to this grand picture of global tendencies, one can assert that Turkey should not be left behind and should focus on becoming a partner and play-maker with significant long-term planning. For that purpose, policy makers, business associations, and to some extent some socio-cultural organizations in Turkey must have innovative and concerted efforts towards such policies.

Pertaining to this vision, there are some important conditions that should be taken into consideration in order to improve bilateral relationships with the member countries of regional associations, no matter how small or big they are. It would be quite a reasonable action, since the prospects of the region are still relevant for long term development.

Need for modelling on strong partnership

As the issues matter for Turkey’s national development, collaboration with some states such as the ASEAN states which can be said to have similarities in some perspectives and have already proved economic activities in the region is very crucial.

In this angle, the Federation of Malaysia, among the member countries of the ASEAN is a strong candidate for a beneficial partnership in various fields for both public and private sectors.

Without being trapped in some misunderstood historical issues or manipulations, as done by certain groups in recent decades, the Turkish government should consider restructuring its relations with Malaysia. Close partnership among the business interests from both countries will ensure stability and encourage in expanding to economically less developed countries through both investment and export activities.

And this process must be, as required, based on the basis of high-level coordinated efforts with the participation of relevant parties from public and private sectors, without alienating the professional contributions of the higher education institutions. The latter seems to have already initiated some valuable insights on the regional countries and societies, though there are still many more areas to be covered accordingly.

Turkish business circles must have an aggressive approach to comprehend why the Asia-Pacific region has been constantly progressing and why they themselves must have multi-level partnerships with regional actors.

In this context, relevant business circles which are capable in business areas such as textile and apparel business, fishery, food processing, animal farming, maritime, mining, oil and gas industry, which are considered as labor-intensive, can find quite fruitful opportunities to expand and sustain their business agenda for mid and long-term prospects.

I remember that almost a decade ago, an international consortium was going to be established in order to have a search and drilling process in north-west of Indonesia. Though there was an attempt to get an initiation for this quite fruitful investment, the representatives of the Turkish government in the region did not support it in any way, rather arguing that Turkish companies had no experience in this particular business.

What was quite interesting was that one of the member countries which ultimately took part in this consortium was Malaysia. No one can negate the professionality and experience of the Malaysian petroleum companies and sub-sectors which support the whole process of production till the marketing stage. Someone can attest similar lost opportunities in the recent past in various fields of investment in the sub-regions of the Asia-Pacific area owing to the misunderstanding of the situations in the region.

What makes Malaysia an important country is that it is the biggest trade partner of China in the ASEAN, and this relationship has not been hampered due to ideological differences.

It is obvious that the Malaysian state-based companies and private sector in distinct fields have aggressively attempted to increase the amount of bilateral commercial interaction with China. In addition, both countries look for expanding their investment opportunities. The recent dispute pertaining to a huge investment of China in the Eastern coastal area of the Malay Peninsula should not cause any misunderstanding about the direction of bilateral relations.

According to the above-mentioned ideas, Turkish authorities should have a new geo-political narrative considering high-level calculation mindful of prospective geographical settings.

It would be helpful for the relevant agencies in the case that investment departments of the relevant corporations have an open policy towards Southeast Asia in order to attain a strong profitable position in the coming future.