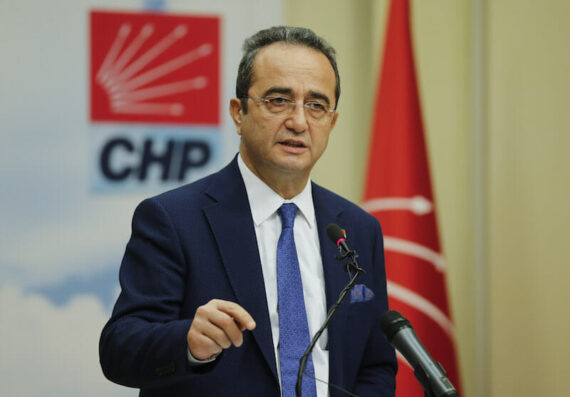 Speaking at a news conference at the CHP headquarters in capital Ankara, Tezcan said: “Our glorious army has taken an important action in Afrin. We give our full support to this operation. We wish that this operation achieves success and reaches its goal as soon as possible.

We hope Turkish Armed Forces will reach its target without any injury or loss and return home safely. May God help our army and our soldiers. At the end of this process, the most important thing to remember is that territorial integrity and sovereignty of Syria is ensured.”

The Turkish General Staff has said the operation was aimed at establishing security and stability along Turkish borders and the region as well as eliminating PKK/KCK/PYD-YPG and Daesh terror groups, and protecting the Syrian people from the oppression and cruelty of terrorists.

The operation was being carried out under the framework of Turkey’s rights based on international law, UN Security Council’s decisions, self-defense rights under the UN charter and respect to Syria’s territorial integrity, the military added.

It also said only terrorist targets were being destroyed and “utmost importance” was being given to not harm any civilian.

The PYD/PKK depends on Afrin to connect to the Mediterranean from northwestern Syria.

The terrorist organization has also threatened gains made from Operations Euphrates Shield and Idlib de-escalation zone over Afrin.

A quarter of Syria’s lands and 65 percent of Turkey-Syria border are currently under occupation of the terrorist organization.