A court in capital Ankara on Friday sentenced Aysel Tugluk, a former senior official of the opposition Peoples' Democratic Party (HDP) to 10 years in jail on terrorism-related charges, according to a judicial source. 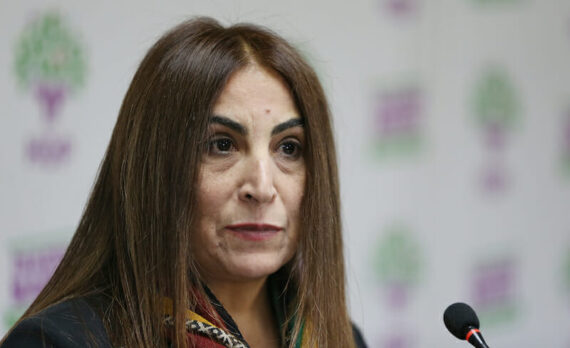 A court in capital Ankara on Friday sentenced a former senior official of the opposition Peoples’ Democratic Party (HDP) to 10 years in jail on terrorism-related charges, according to a judicial source.

Aysel Tugluk, former HDP deputy co-chairwoman, had been detained in Ankara in 2016 December and later remanded in custody as part of an anti-terror investigation.

She was accused of managing a terror organization, the source, who spoke on condition of anonymity due to restrictions on talking to the media, said.

“DTK is not an illegal organization, it also never made a call to violence. The main goal [of it] is the democratic resolution of the Kurdish issue,” she had said.

The government accuses the HDP of being linked to the PKK, which is listed as a terrorist organization by Turkey, the U.S., and the EU.