The Drone Warfare Revolution Has Arrived

The genie is out of the bottle as the technology to manufacture UCAVs spreads globally, signaling the dawn of drone warfare revolution that has arrived. 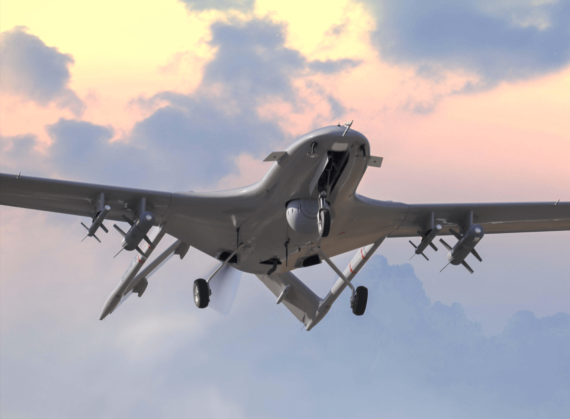 The use of armed drones, or Unmanned Combat Aerial Vehicles (UCAVs), continues to evolve nineteen years after a CIA MQ-1 Predator drone saw its unsuccessful combat debut over Kandahar, Afghanistan on October 7, 2001, in the first days of the so-called “War on Terror.”

Though the United States until recently restricted exports of its long-endurance Predator and MQ-9 Reaper UCAVs, China, Iran, Israel, and Turkey have since developed and widely exported their own combat drones. These cost one-third or less than the price of a $15 million Reaper system, though they do have significant deficits in remote-control range, endurance, and weapons payload in comparison.  Nonetheless, these new Predator-style drones, as well as smaller and cheaper unmanned systems are now impacting conflicts across the globe.

However, Turkey then deployed Bayraktar TB2 UCAVs to support the opposing Government of National Accord (GNA). In the new phase, drone targeted drone on the ground, finally realizing the science-fiction trope of war between robots. Concerted drone strikes eventually destroyed numerous Pantsir-S1 short-range air defense systems defending the LNA’s key western airbase, leading the LNA to withdraw in May.

Earlier in March, Turkish Bayraktar and Anka-S drones impacted the Syrian Civil War, where Ankara opposes the efforts by Damascus to crush the last rebel stronghold in Idlib province. After several deadly attacks on Turkish troops, Turkey retaliated with waves of drone strikes supported by Korral jamming systems that overwhelmed Syrian air defenses, destroyed dozens of Assad-allied armored vehicles and artillery systems, and killed hundreds of personnel, bringing the offensive in Idlib to a halt.

These are decisive operational outcomes, even though UCAV losses were also non-negligible. Air defense shot down at least eight Bayraktars over Libya. Bayraktars and more valuable Anka-S drones were also lost over Syria. But these losses were materially and politically acceptable in ways that the loss of a dozen manned warplanes would not have been.

Unmanned Systems and the Threshold for Violence

Militaries worldwide are eager to procure drones because they lower the stakes for inflicting violence, and can kill more cost-efficiently than other methods.

A combat aircraft like an F-16 has been able to launch precision-guided weapons for decades, and such aircraft can carry more weapons and travel at a higher speed than any drone in service. But every time that an F-16 is deployed, there exists a risk, however small, that it will be lost over hostile territory, which could have dramatic political repercussions.

Thus, every F-16 sortie requires support assets, which may include electronic warfare aircraft to suppress air defenses, airborne warning, and command aircraft (AWACS) to maintain situational awareness, and search and rescue units on standby to rescue a downed pilot. All of the aircraft involved cost tens of thousands of dollars per flight hour to operate, and exhaust their fuel quickly unless a (large, expensive) tanker airplane is deployed to keep them aloft.

UCAVs, by contrast, cost less per flight hour, do not require rescue or escort assets, and can loiter over combat zones for over 20 hours searching for targets – and lost drones usually incur few political consequences. That said, the threshold for violence against drones, even unarmed types, has also proven much lower—in part because it can be observed that countries do not consider shooting down a drone to be as serious as an attack on a manned aircraft.

However, the tendency to see drones as acceptable targets could also backfire by inadvertently triggering escalation to deadly conflict. After Iran downed an unarmed U.S. RQ-4N drone in 2019, the U.S. reportedly came close to launching a deadly counter strike.

Predator-style drones and their missiles so far remain too large, expensive, and sophisticated to be operated by non-state actors. However, the same is not true for affordable and widely available civilian micro- and mini-drones.

In the Battle of Mosul, ISIS (Daesh) used numerous small drones to drop hand grenades or kamikaze themselves with explosive payloads into government forces. In Syria, insurgents launched a “swarm” of thirteen drones at a Russian airbase, though without much success. In Venezuela, a jury-rigged drone was employed in a failed assassination attempt on President Maduro.

Such Small Unmanned Aerial Systems (SUAS) afford non-state actors the ability to inflict greater costs in casualties and terror on government-aligned forces without exposing themselves to retaliation. However, they have yet to decisively impact a conflict.

However, states are also developing and fielding weaponized micro- and mini-drones (or “loitering munitions” or “kamikaze drones”) like the U.S. Switchblade, Israeli Harops and the Turkish Kargu-2. These relatively lightweight systems can serve as precision-guided missiles on the fly. The first kamikaze drone attack was delivered by an Israeli-built Harops drone in 2016 during conflict between Armenia and Azerbaijan.

Current UCAVs are slow and lack the speed to evade air defense fire; furthermore, those capable of long-range/endurance remain too expensive to be truly expendable. Thus their usefulness in a “Great Power conflict” is limited.

Accordingly, the United States, China, and Russia are pursuing new, sophisticated UAVs thought to be survivable in a shooting war against a hi-tech adversary. One approach is to arm stealth drones like the RQ-170 and the (prototype) Russian Okhotnik-B, although supersonic drones are also under development.

Russia has also combat-tested an unmanned ground combat vehicle (UGCV) in Syria, though with disappointing results due to inherent difficulties in maintaining a long-distance communication link through intervening terrain, while the U.S. plans to field a trio of UGCVs in Light, Medium and Heavy-weight categories.

At sea, the U.S. Navy hopes that cheap robotic warships (USVs) will help fill out its shrinking fleet at an affordable cost. China, Russia, and the U.S. are also developing several types of submarine drones. These will be useable in surveillance roles fairly soon, but autonomous, combat-capable submarines will surely follow.

The drones killing humans today are directly controlled by other human beings. Autonomous functions are usually limited to behaviors to avoiding crash and collision and returning towards the controller if the signal is lost.

However, that will change. Advanced combat drones may be designed to perform their missions in situations where their control signal may be disrupted or inaccessible, such as a stealth UCAV penetrating enemy territory or a submarine deep beneath the surface of the ocean. Automated missile defense systems may demand reaction speeds exceeding human capability.  Swarms of small drones would be impossible to individually control, meaning their decision-making would be tied to networked AI.

Particularly chilling is work to adapt UCAVs to use facial recognition technology, which is notoriously prone to error, to identify persons for lethal attacks. There would then exist the risk that an autonomous combat system may attack when, or whom, it should not attack.

Defenders of autonomous systems argue AI might be less error-prone than humans, who have accidentally shot down airliners and bombed wedding parties. Critics counter that an autonomous combat system will lack the human ability to judge from context whether the use of violence is appropriate.

Regardless, the genie is out of the bottle as the technology to manufacture affordable UCAVs spreads globally, affording even resource-poor armed forces like that of Nigeria new ways to wield airpower more affordably and effectively than before.

But in turn, security forces must now develop and field affordable short-range air defense capabilities to defend against drones, including low-cost radars, jammers, laser weapons, and even anti-drone drones as traditional missile-based air defense solutions may prove too expensive per shot to contain the threat posed by smaller swarming drones.

Drones undoubtedly offer a relatively low-cost and low-risk means to surveil and project violence. However, the capacity to kill higher numbers and more efficiently does not mean that killing is necessarily justified, effective, or free of collateral damage.

Though touted as being more precise weapons compared to the traditional method of plastering a “kill zone” with large unguided aerial bombs or artillery shells, drones strikes have nonetheless resulted in hundreds of civilian deaths in part because they can be used so much more liberally than manned warplanes. Even the normalization of targeted assassination has worrying implications.

While drone proliferation in 21st-century warfare is inevitable, it is desirable to develop mutually-agreed-upon norms regulating their use in multi-national forums. Unfortunately, it seems unlikely such effort will be undertaken by countries eager to field UCAV systems and export them abroad.

The Trump administration has dismantled a large part of the arms control regime painstakingly erected in prior decades, so it seems doubtful that drone warfare will take priority over arms control measures of strategic, space-based and cyber weapons in the coming years. The U.S. and its rivals have also collectively weakened alliances and international institutions which could be used to negotiate such regulations in favor of transactional two-party negotiations.

China and other countries’ success in drone exports have led the U.S. to ease its own restrictions, a move very much in the commercial interests of domestic defense manufacturers. Meanwhile, neither Beijing nor Moscow believe that human rights concerns should limit arms sales abroad. Ultimately, Predator-style drones remain most effective when used by a state against weak states or non-state actors. In an international order based on states, those most impacted by drone warfare usually do not have a seat at the table. 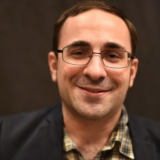 Sébastien Roblin has written on the technical, historical and political aspects of international security and conflict for publications including Forbes, NBC News, The National Interest, and War is Boring. He holds a Master’s degree from Georgetown University and served with the Peace Corps in China.