As long as the support is not united under one structure, which will benefit the interim government, the Syrian opposition factions will also be unable to unite. In this case, it is only a question of whether the HTS or the Syrian regime will be first in eliminating Syrian opposition on the ground. 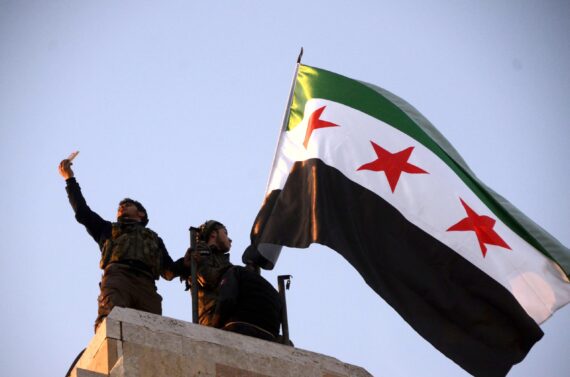 The Syrian Islamic Council and the Syrian Interim Government called for an initiative to unite all Syrian rebellion factions under one command – the National Army. The initiative had many positive reactions from the opposition factions, but to make it reality will be a hard task due to the overwhelming power of Hayat Tahrir al-Sham or due to ideological differences. On the other hand, time is running out amid a possible big regime-assault on Idlib and its surrounding areas.

The idea to form a national army was proposed by the opposition’s interim government in exile and by the Syrian Islamic Council, a body of Syrian Muslim clerics established in 2014 in Turkey. More than 44 factions put their weight behind the project in officially published statements: prominent factions like Ahrar al-Sham, Jaysh al-Islam, Feylaq-ur-Rahman and Feylaq as-Sham; brigades located in northern Aleppo like the Hamza Division, Sultan Murad Division, Muaatasim Brigade or Levantine Front, factions in the Idlib region, which are backed by the MOM operation center like the Free Idlib Army; former member of the Hayat Tahrir al-Sham alliance Nureddin Zengi movement, which was supported by the US in the past and many other smaller factions. It is also claimed by Usama Abu Zeid that the Southern Front alliance of the Free Syrian Army factions in south Syria will also join the National Army.

After initial support by Syrian rebellion factions, the interim government provided its President Jawad Abu Hatab temporarily with the duties of the Minister of Defense to form a joint commission in order to appoint the Chief-of-Staff of the army. On September 4, the formation of the National Army was officially declared, but to bring it to reality on the ground will remain a hard task. The first step towards making it reality on the ground was the appointment of Fadlallah al-Haj from Feylaq-us-Sham as the Minister of Defence. Haytham al-Afisi from the 51. Brigade was appointed as his deputy.

First of all the experience of Jabhat al Islamiyyah, which was a unity of rebel brigades with similar ideologies located all over rebel-held territories in Syria, have not been forgotten  it was  unity on paper. Members of the group only had similar logos, but there was neither a real unified military structure nor a unified political body. The National Army project on the other hand, desires to unite several brigades with many different political views, different kinds of organizational structures and diverse size of members. Main support for the project is rooted in the current political and military situation on the ground. Syrian rebels are losing foreign support, ground and strategic positions and supplies. Awareness for unity heavily increased after Hayat Tahrir al-Sham[1] (HTS) started to take more power in northern Syria, after it defeated Ahrar al-Sham and captured the strategic border crossing Bab al-Hawa. The initiative of the National Army is also a reaction to the initiative by Hayat Tahrir al-Sham to create a unified body and civil administration, which was seen as a plot by the HTS to force its rule over all rebel factions.

Also within the Hayat Tahrir al-Sham body are many internal disputes. The second biggest faction of HTS, Nureddin Zengi, defected from the organization. . In addition, prominent scholars like Muheysini and Ulyani defected from HTS due to its unjust politics and ignorance towards its own judicial body. Recently, the former Ahrar al-Sham units of the prominent military commander Saleh Tahhan also left HTS. Resistance within Syrian society against the rule of HTS is increasing. Many elected civil administrators rejected the offer of HTS and was therefore forced out of power by HTS militias. Many Syrian rebel brigades perceive this trend as highly dangerous. They assume that their areas will soon be declared as Al-Qaeda-land, which will result in a massacre conducted by the regime and its allies.

The National Army project may be the last hope of Syrian rebels to protect themselves from the projection above, but it will be inevitably hard to achieve. Officially declared unities may not reflect themselves on the ground. Therefore, in hope for the National Army initiative to become a reality in practice, many brigades are seeking international foreign support. One member of the political office of Ahrar al Sham stated that “it depends on the Turkish support to the National Army project against Jolani[2] to be successful and command all units.”

On the other side in northern Aleppo, Syrian rebel brigades operating in the Euphrates Shield area are still not organized under a single command. Three different bodies were formed by the Syrian rebel brigades in the region, which is a result of different funding and foreign support for the factions. The National Army project by the Syrian Islamic Council and the Interim Government was officially supported by all factions in the Euphrates Shield region. To unite the factions in this region may be easier due to the Turkish presence on the ground. Turkey already managed to command all factions in one operation center, but to unite all under a National Army is a difficult task, yet it is not impossible.

This initiative launched by the Syrian opposition themselves aims to obtain foreign support. Under current circumstances in which the MOM operation center supports some chosen brigades, while others were supported by foreign nations or individuals, the National Army project could not become reality. As long as the support is not united under one structure, which will benefit the interim government, the Syrian opposition factions will also be unable to unite. In this case, it is only a question of whether the HTS or the Syrian regime will be first in eliminating Syrian opposition on the ground.

[2]Jolani was the chief of the Nusra Front and is now the military overall commander of Hayat Tahrir al Sham, but new leaks show that he is the unofficial leader of the organization.