US judges the violation of self-imposed sanctions

The prosecutors in Turkey accused the former attorney for the southern district of New York Preet Bharara and the district’s current acting attorney, Joon H. Kim, of using illegally obtained information and documents from previous investigations in Turkey for an ongoing case in the US. 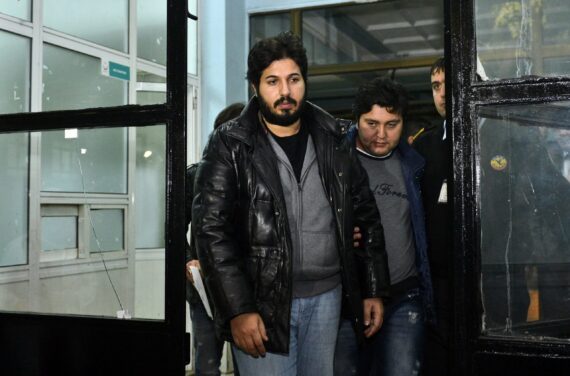 Businessman Reza Zarrab who was taken into custody within the corruption and bribery investigation led by Istanbul police is being taken to the police headquarter following health control at Haseki Training and Research Hospital in Istanbul, Turkey, December 19, 2013.

The Turkish-Iranian businessman Reza Zarrab, who was detained by the US last year on charges of violating the US imposed sanctions against Iran, has been exonerated from facing trial by the US District Judge Richard Berman on Monday. Instead, the judge said, only Mehmet Hakan Atilla, a deputy CEO of Turkey’s Halkbank, will be the defendant.

The judge announced that a jury of 12, including six alternates, had been selected. The trial, which will begin on Tuesday morning, is expected to last for three to four weeks. The jurors’ identity will be held private, with Berman previously asking the court translators to keep the names confidential. Jurors were also instructed neither to follow any news related to the case during the trial nor to speak to anyone about the case.

The jurors who were selected for Atilla’s trial were asked to confirm if they had any links with the persons or organizations mentioned in the defense, prosecution and indictment as well as whether they had any positive or negative thoughts towards Muslims, Turkish and Iranian citizens.

Atilla was arrested earlier this year in the US on charges similar to that of Zarrab – of violating the US imposed sanctions against Iran.

Zarrab’s detention had triggered lot of anger in Turkey, with Turkish administration offering repeated calls for dropping charges against him. On Monday, Turkish Deputy Prime Minister Bekir Bozdağ had also called on the US administration to drop the case against Zarrab: “I am asking those judging the case in the US, do you have correct evidence against Zarrab or not? The case lacks legal grounds and must be dropped or terminated.”

Turkey had also taken some extreme steps such as launching a probe against the US prosecutors connected to the Zarrab case.

The prosecutors in Turkey accused the former attorney for the southern district of New York Preet Bharara and the district’s current acting attorney, Joon H. Kim, of using illegally obtained information and documents from previous investigations in Turkey for an ongoing case in the US. Bharara had been fired on March 11 by the Trump administration.