US Support to YPG: Violation of US National Law

The support the U.S. administration provides to the offshoots of the PKK constitutes serious contradictions and casts doubts on the rule of law principle. 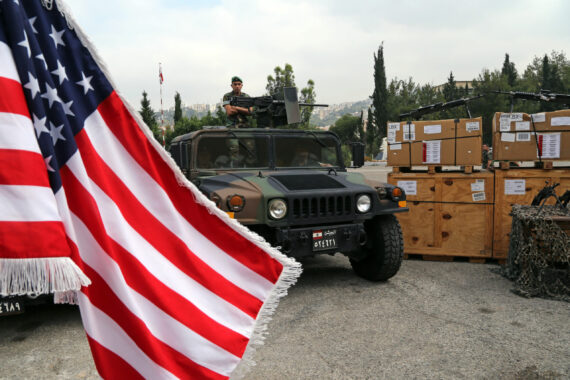 Washington’s indefinite policy in Syria and increasing active support to the People’s Protection Units (YPG) and its variations violate U.S. national law alongside international agreements and principles recognized at the international level under the umbrella of the United Nations and other regional organizations.

With the Authorization for Use of Military Force Against Terrorists (AUMF), which was passed by Congress following the September 11 attacks, the U.S. Armed Forces were authorized to exercise military power across its borders with an aim to prevent possible terror attacks against the country. However, the Obama administration reinterpreted the limits of the authorization and expanded its scope by employing the phrase “Al-Qaeda and associated forces.” With this broad interpretation, the Obama administration also encompassed the military force that would be employed against Daesh within the scope of the authorization. In brief, the national law system acknowledged that the U.S. Armed Forces have been involved in Syria due to the fight against Daesh. Resorting to further military power or unauthorized engagements however is against the AUMF.

In 2015, the Obama administration agreed with several non-state actors including the YPG and the Democratic Union Party (PYD), repeatedly asserting that they would cooperate in the fight against Daesh. The U.S. identified these actors as “coalition partners” by predicating on its own judicial system. However, the notion of coalition partnership comprises some problematic and questionable aspects in legal terms. First of all, the U.S. administration interpreted the AUMF in an utterly broad way and selected and supported a coalition partner within this context. Secondly, the U.S. administration allowed the involvement of the YPG and the PYD among these partners, which are both known for their association with the outlawed PKK. Thirdly, the strategy initially defined as anti-Daesh fight ceased to be the primary objective and sustaining the coalition partnership was prioritized. In this respect, the current situation explicitly violates U.S. national law as the legislative body of the country only authorized to fight against Daesh within the scope of fighting against “Al-Qaeda and associated forces.” The U.S. administration’s defence of any coalition partner means exceeding the authority vested by national law.

Furthermore, the National Defense Authorization Act formed the legal grounds of the U.S. administration’s support to Syrian opposition groups as from 2015 and set certain criteria in choosing the groups to be supported. These groups must be “appropriately vetted elements of the Syrian opposition.” The YPG and the PYD, which are the offshoots of the PKK, do not comply with these criteria in terms of their objectives and other traits. Although these groups are closely allied to the PKK and organize terrorist attacks against Turkey – who is initially accepted as an “ally,” all kinds of military support have been provided to them as they were included in the scope of opponent groups.

The U.S. Patriot Act, as a federal law, criminalizes providing “material support or resources to a foreign terrorist organization.” As a result of the authority vested by the law, the PKK has been listed as a terror group by the U.S. Department of State since it has inflicted heavy damage to many countries, particularly to the U.S. and Turkey. Aside from being recognized as a terror group on various lists, the PKK was also recognized as a terrorist organization posing a serious threat by the U.S. Supreme Court in the case “Holder v. Humanitarian Law Project.” Hence, the support the U.S. administration provides to the offshoots of the PKK constitutes serious contradictions and casts doubts on the rule of law principle.

The indications of International Law

The duty of vigilance was first accepted by the UN General Assembly and then became “a widely recognized principle of international law. It means that “every state has the duty to refrain from organizing, instigating, assisting or participating” in plans or actions to commit terrorist acts in another state. This very fundamental principle was emphasized in the International Court of Justice, “Armed Activities” case, as customary international law. In the present situation, even a “tactical” relationship between the U.S. and the named terrorist groups is a failure to uphold the duty of vigilance. The toleration displayed by the U.S. Armed Forces towards groups like the YPG and PYD, which harbor terrorist elements, amounts to a violation of international law.