The task of Russia looks much more complex and goes beyond specific case of the Syrian civil war, having military and political dimensions. Russia wants to return as a full-fledged player in the Mediterranean basin through Syria. 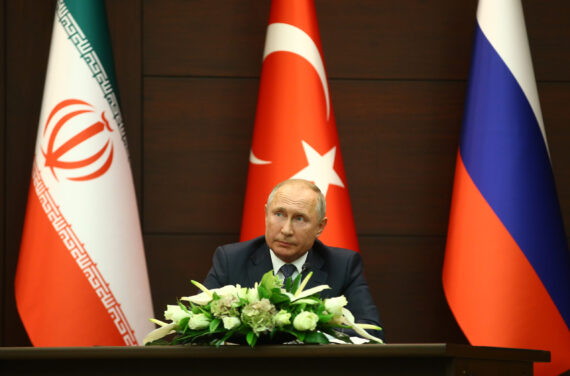 On the eve of the meeting, many skeptics in Russia voiced that Turkey was not fulfilling its obligations under the Sochi agreement signed a year ago. According to them, Syria’s last de-escalation zone in Idlib had turned into a nest of terrorists (mostly from Hayat Tahrir al-Sham) who regularly carry out attacks against Russian military bases in Syria in Tartus and Khmeimim.

Consequently, most Russian observers agreed that the hour for a full-scale operation in Idlib by Damascus backed by Iran on the ground and Russia from the air, was fast approaching. The Sochi agreement was not working, and, therefore, it was time for Russia to look for another way to resolve the issue, namely, through a large-scale military intervention. These Russian observers expected to get such a message from President Putin as the result of his trip to Ankara on September 16, 2019.

Bashar al-Assad has not been the same politician throughout the crisis. The Assads of 2011, 2015 and 2019 are considerably different. It is even possible to say that these are three different political figures with three different types of behavior.

In 2011, Middle Eastern autocracies fell like dominoes and it seemed that Syria would quickly follow behind Egypt and Libya, and that Bashar al Assad would follow Hosni Mubarak and Muammar Gaddafi. The prospect of a rapid overthrow loomed in front of Damascus.

In 2015, Assad, who several years earlier managed to transfer the seemingly inevitable collapse into a protracted civil war, was completely exhausted and went to the last frontier. So, Russia decided to directly intervene into the Syrian civil war, which the Russian leadership avoided up to the last moment. The result we may see today.

In contrast to 2011 and 2015, in 2019, Assad feels like a winner in the Syrian civil war, after recapturing most of the lost territory. Of course, statements by some officials, including Russian ones, claiming that “the war in Syria is over” and “the country is returning to a peaceful life,” should be considered at least premature. However, it is clear that Assad today has the psychological state of a winner who has pulled back from the edge of the abyss. This radical change in the civil war has transformed the psychological state of Assad and may lead to a change in how he acts.

The first task of Syria in turning the tide of the civil war is a final restoration of control over the country’s territory. Here there are two geographies: Idlib, controlled by the Democratic Union Party; and the east of the Euphrates, by the People’s Protection Units (YPG) with the support of the U.S.

There is no one-step solution available to Damascus in the east of the Euphrates River. As long as the U.S supports the PYD and YPG, then Damascus can do nothing about the YPG enclave that was established with U.S.’ support and protection. Some hopes, although very uncertain, have been raised by the announcement made by President Trump at the end of last year to withdraw American soldiers from Syria. However, nothing indicates that this decision may, even theoretically, be implemented in the foreseeable future. Attempts to replace American troops with Europeans have still not led to a result.

The task of Russia looks much more complex and goes beyond specific case of the Syrian civil war. As a global player, Russia takes into account much more factors than just supporting Damascus. Which, in fact, President Putin once again demonstrated during his visit to Ankara.

Firstly, the civil war in Syria cannot be won with a mere military victory and it would not be enough for establishing peace and tranquility. At this stage what is required is the arrangement of political dialogue between all parties of the conflict. It is clear that an exclusively military solution of the Idlib problem will only contribute to solving the short-term task of establishing control over an important part of the country by Damascus. However, it will deepen the problem of the country’s division. Therefore, it will not solve the problem of ensuring sustainable peace in the country, about which, Russian President Putin constantly speaks.

Secondly, at this stage, Russia considers Bashar al Assad as the only political figure who can keep the country together. Therefore, Russia seeks to restore his legitimacy in the eyes of the international community, primarily in the West, including the European Union. Russian diplomats are nowadays making noticeable efforts to reopen international diplomatic missions in Damascus.

Thirdly, Russia wants to return as a full-fledged player in the Mediterranean basin through Syria. This task has two dimensions: one of them is military, and the other is political. The military dimension is already ensured by the presence of Russian military bases in Syria – both aviation (Khmeimim) and naval (Tartus). The political dimension is impossible without Russia itself being able to engage in dialogue with various forces in the region, which it trying to hold in Syria.

And finally, it is clear that Russia cannot be an equidistant player in the Middle East. However, the Russian Foreign Ministry is trying its best to be able to maintain a dialogue with all regional players. Even with those with whom there are serious disagreements. Therefore, interrupting dialogue is a bad option, which it is trying to avoid.

In the context of Russian-Turkish relations, this means that for now in the eyes of Russia, the continuation of dialogue between Moscow and Ankara and the joint large strategic projects (such as the Turkish Stream gas pipeline, Akkuyu NPP, the supply of S-400), outweigh both the failure in the implementation of the Sochi agreement signed a year ago, as well as Turkey’s pursuit of its own policy in Syria, which differs markedly from Russia.

In its dialogue with Turkey, the Russian side still hopes that Turkey will gradually increase the level of its dialogue with Damascus, anticipating that, in the end, Turkey will finally abandon the expectation that “Assad must leave,” as a condition for beginning an active political dialogue in Syria.

Taking into account the motivation of the Russian leadership disclosed above, it becomes clear why at the final press conference of the trilateral meetings not a single word was said either about the Sochi Agreement or about the situation in Idlib.

Although, Russia is extremely concerned that Turkey’s fulfillment of its obligations under the Sochi Agreement is being delayed, this didn’t prevent the leaders of the three countries, including President Putin, from demonstrating a good mood, and together with the Presidents Erdogan and Rouhani, from making jokes with the audience during the final press-conference after the Summit on September 16, 2016.

In its regional affairs Russia is guided by the position of strategic patience, obviously not wanting to risk its relations with Turkey – both existing and promising (including cooperation and contracts in the defense industry). Hence, it is ready to move towards the formation of the Constitutional Committee and the adoption of a new constitution for the country as per the Astana Peace Plan despite the unresolved case of Idlib.

There is one more circumstance that can be discerned from the results of President Putin’s trip to Ankara, it is the desire to make “Astana bigger than Astana”. That is to turn the Astana format of the Syrian settlement into a permanent Astana platform to solve regional issues in the Middle East. It creates a precedent for resolving difficult regional problems exclusively by regional powers in a “micro format” without resorting to large, slow, and inefficient instruments like the UN, and is a breakthrough towards a new world order. It is in this context, that the statements made by the three presidents in Ankara towards Yemen, and their willingness to contribute to the settlement of the crisis should be understood. No doubt, the existence of such a strategic goal outweighs the difficulties faced on the road towards peaceful settlement in Syria or the existence of disagreements between Russia, Turkey and Iran. Moreover, all three countries are united by a commitment to the territorial integrity of Syria.